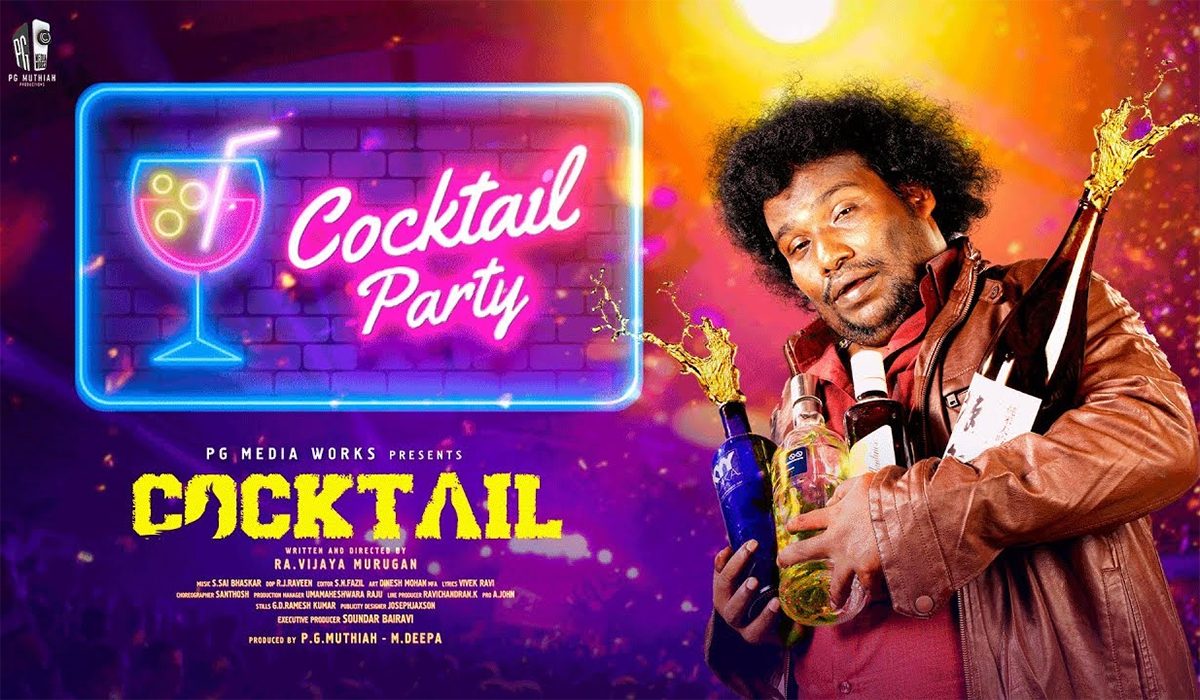 Skin N Swear: None, But Lots of Double Meaning Jokes 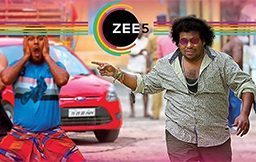 Four guys (Don, Pandi, Anbu and AJ) have a cocktail party in a flat. When they wake up, they find a dead girl in the room. Who did it and what did they do to escape from police enquiry?

On the other hand, there is a valuable idol that is stolen by a gang. Raja Manicken (Sayaji Shinde), police who is heading the investigation, is given a deadline to find them within seven days. How the two separate tracks come together unexpectedly? And what happens, in the end, is what the movie is all about? 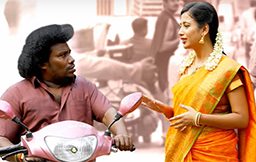 Yogi Babu, a popular comedian and force on his own, turns lead actor with Cocktail. Although technically he is not the lead, he takes centre stage and drives the narrative from the start.

Yogi Babu is fine in what he does. There is no particular change from his usual style, and he does what he does with supreme confidence. There are many subtle one-liners that he nonchalantly delivers. But, the people around him fail to make it land, a few times.

The narrative with such lines sometimes moves forward by taking a look at the past. Here Vijayamurugan goes ahead without taking that route. It is all about escaping from a situation rather than thinking about how it happened in the first place.

A couple of sequences immediately after that approach is hilarious. One of the guys dressing like the girl trying to create an alibi is a nice thought. However, its impact is missing due to weak execution. There is a couple of other similar situation which should have come out well. 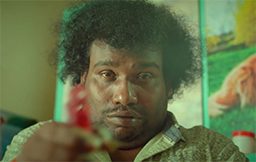 What work in the movie are the small quips between the various characters now and then? It shows group chemistry, and that helps is developing a fraction of interest. If not for these minor bits, it would have been impossible to through.

The other thing working in favour of Cocktail is the suspense. One might want to know what happens and how did they land in trouble in the first place. Similarly, the issue with the idol is there to look forward. Unfortunately, the ending kills all the fun. It is tacky and done in a hurry.

The climax has its moments due to a character. It is part of a gag and is overstretched, but that doesn’t spoil anything as nothing else is engaging. It is like picking the best out of the mess the narrative is filled with.

Overall, Cocktail is a poorly executed crime comedy which has a few entertaining blocks. Otherwise, nothing else is interesting or engaging. Lacklustre direction spoils the fun. 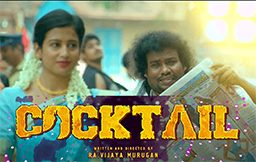 The film revolves around a limited set of actors. Apart from Yogi Babu, Mithun Maheshwaran puts up a half-hearted effort that just goes through the motions. He is alright, and so are two other actors with him.

Sayaji Shinde does his usual reliable act, but it feels odd without his original voice. However, he is not appropriately utilised to make any impact. The rest of the actors don’t make an impression, and it has a lot to do with the poorly written roles.

S Sai Bhaskar provides music. It is decent, and so is the background score. It keeps the proceedings peppy even though nothing exciting is happening. The cinematography by RJ Rajeevan is nothing much to talk about. It has no striking quality and bears a low-grade movie vibe throughout. The editing by SN Fazil is below par. The writing is ordinary with an over-reliance on the double entendre for laughter.