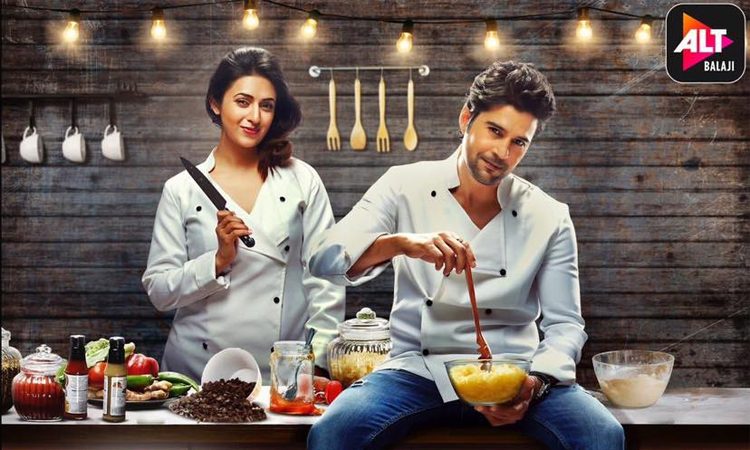 Destiny has it that two ex-divorcees, Chef Vikram Singh Chauhan and Chef Nitya Sharma, are to work together at a restaurant in Mumbai. The two, once a married couple who dated during their hotel management days, even have a son but have parted ways for 8 years now. They can’t stand each other’s presence for obvious reasons, take to petty ways to insult and demean each other at work. The story harps back and forth into the series of events that led to their divorce, keeping us (hardly) intrigued about what the future holds for them. Besides their tale, there are subplots with their friends, siblings and colleagues mirroring how relationships work in a metropolis. 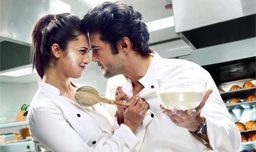 A seasoned actor like Rajeev Khandelwal rarely disappoints when he takes to the screen and unfortunately for the viewers, this series marks that rare occasion. He not only looks jaded and completely out of place for his role but also hams through it as if there’s no tomorrow. While he fares marginally better in his older avatar where he meets his ex-wife after 8 years, the lesser said about his appearance as a college boy, the better. One hopes his acting form hits home in the second season at least. Divyanka Tripathi easily appears the more camera-friendly actor in the series though she starts overselling her part as a grumpy divorcee, single parent beyond necessity. There’s enough scope for her to underplay it, but she loses the plot soon.

Coldd Lassi Aur Chicken Masala, featuring A-listers from television like Rajeev Khandelwal, Divyanka Tripathi Dahiya, Barkha Sengupta in pivotal roles, with a name like Pradeep Sarkar being associated, it can be termed as a disaster of epic proportions. Nearly every department bites the dust – the bland writing, the tasteless direction, the superficial performances and below-par production values contribute to the torturous experience. Nothing of what you see on the screen appears heartfelt, genuine or even minimally entertaining.

From the reason why they fall for each other to get divorced – it’s hard to fathom any logic from what’s happening on the screen. The jaded characterization of the two, their lifeless performances don’t quite help the case of the spectator either. One couldn’t have imagined that a story marking the reunion of two divorcees has to be this unimaginative and predictable – that too across a series spanning around 5 hours. The script seems to be a mixture of only three ideas – food, divorce and romance and every other aspect of storytelling (emotion, logic) has been put aside in the bin.

Most importantly, the series was supposed to be about food on a certain level and it’s a shocker that the makers haven’t paid even minimum heed to that aspect. Though there are an extensive number of dishes on display in every episode, they are as good as objects placed alongside the interior decor – have very little presence and only serve some purpose for surface-level detailing. The intra-colleague dynamics between chefs at a restaurant could have been explored better too.

The sub-plots hardly make sense about – a cold and overbearing mother-in-law wanting to see her grandson, a conventional hooker trying to get into a serious relationship and a divorcee suggesting the other whom he/she should go on a date with. There are too many episodes of absolute nothingness, the story hardly makes any progress and from what it seems, there may be another season to extend this snail-paced nightmare. For someone of Pradeep Sarkar’s directorial caliber and his ability to craft poignant characters who share lively relationships, this will take some time to be erased from our memories. The dialogues are cringe-worthy, while the visuals fare (only) slightly better. But don’t let that be an excuse to watch this. 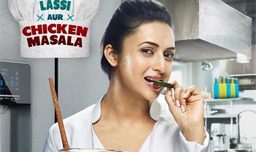 It’s good to see Dil Ka Rishtaa actor Divyanshu Chatterjee return to action with his digital debut. However, one would have hoped to see him in a worthier role than a dumb-witted author and a divorcee who keeps hitting on his girlfriend. Madhussneha Upadhyay as the female protagonist’s chef counterpart evokes some surprise with her feisty screen presence. Manini Mishra, Navniit Nisshan, Mrinal Dutt have moments where they shine too.

Music and other departments:

The makers have used Shaan’s ‘Woh Pehli Baar’ track in the series, which doesn’t quite lend the impact it’s expected to. The editor seems to have gone on a holiday while getting through his assignment – the non-linear narration makes the experience even worse. With the budget, it’s obvious that the makers haven’t ventured out much beyond studio sets and the repetitive visuals feel jarring beyond a point. The writing (credits shared by Doris Dey and Jaya Misra) is painfully one-dimensional too.

Nothing that we noticed