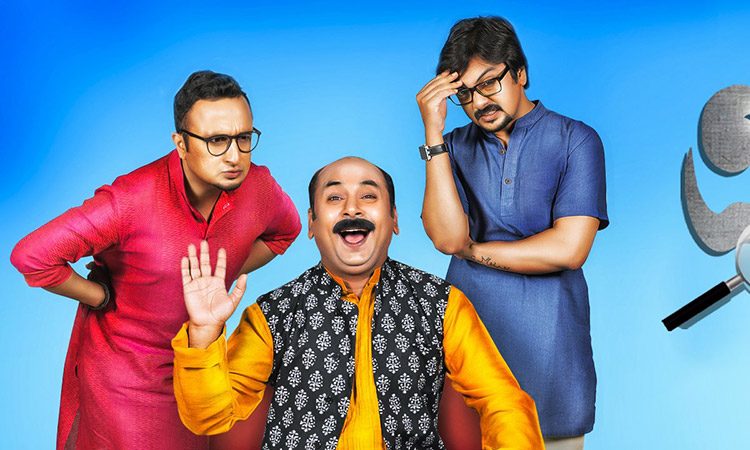 The protagonist of the Eken Babu series in Hoichoi, Ekendra Sen is a case of ‘Byomkesh Bakshi-meets-Sherlock Holmes’ in a modern-day setting. Eken Babu, residing in Bengaluru, is a full-on-nature enthusiast, author and a quirky detective who has uncanny-yet-effective ways of resolving cases and unlocking mysteries. As he heads to Dhaka for his book launch, his publisher Masood dies at a launch party under suspicious circumstances. Was it a case of a natural death or a pre-planned murder? How does Eken Babu connect the dots? 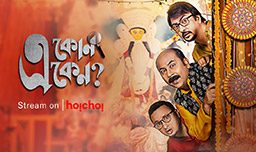 Anirban Chakrabarti tries hard to make the quirks of the lead character appealing to a viewer, but there’s little he could do when the writing remains so feeble. The exaggeration in his mannerisms, diction shows the effort the actor puts into the performance. His on-screen sidekicks Shoumo Banerjee and Bubble (as Bapi and Promotho) liven up the screens once in a while their sarcastic responses. Ayoshi Talukdar is only asked to be eye-candy in a series that predominantly revolves around the men. The likes of Shahidul Alam Sachchu, Deepak Haldar fit into proceedings well in their brief supporting acts.

Though Hoichoi’s digital beginnings have been far from appealing, 2019 has been proof that the streaming platform is working hard to get its act right. The Eken Babu series is indeed part of that evolution. Inspired by the works of Sharadindu Bandopadhyay, Satyajit Ray with considerable global literature influences, Eken Babu’s character still manages to find his feet in a Bengali setting. The series covers several aspects that concern a modern-day Bengali – the prospect of staying in an alien city for livelihood, the irreplaceable nostalgia of Calcutta, the obvious comparison between a Bangladeshi and an Indian Bengali about who stays truer to their roots.

However, despite all the gawky, unconventional and street-smart ways of Eken Babu in this series, the backdrop isn’t as ‘today’ as you expect it to be. A young-second wife to a man in his 60s feels it’s the men who ought to do the financial talk. The men do all the earning and the women are relegated as the homemakers. The cops are hardly involved in investigating the case of a suspicious death. The methods of the detective are too archaic, intrusive and ordinary. Had the series been dated to the pre-independence setting, Eken Babu would have made more sense.

The characters of a laidback cop (who only is paid to give a nod to the detective), greedy business partner, an ignored second-wife, an innocent son trying to find the reason behind his father’s death, are more suited for a periodic novel than a 2019-web series. But if you’re a sucker for nostalgia, Eken Babu in its third season isn’t a bad bet. Though everything about the story feels outdated and predictable, it’s a bitter-sweet offering that reminds you of the bite that regional detective thrillers had once offered to its readers. 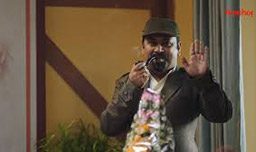 Beneath the mystery in the setting, what the series misses is quality humour. There’s no sufficient wit in the writing and Eken Babu’s characterisation to amuse viewers. Eken’s obsession with plants and flowers isn’t explored well in the context of the story. The sarcasm and sense of humour of an average Bengali-speaking person is hardly evident. Although the series is engaging to an extent, more meticulousness would have helped its cause. It would have been very interesting to see how an old-fashioned detective could function in the 21st century, but Eken Babu only remains a lost opportunity.

The visual and technical appeal of the series leaves a lot to be desired. The background score is quirky but the amateurishness akin to an average television soap shows in the critical junctures. The cinematography is very patchy and it’s a shame because there’s so much intrigue that the series could have generated with the visuals. Writing humour and balancing the thrills isn’t an easy job for a writing team and they don’t quite fit the bill in this series with the absence of nuance or the effort to make the story relevant to this era.