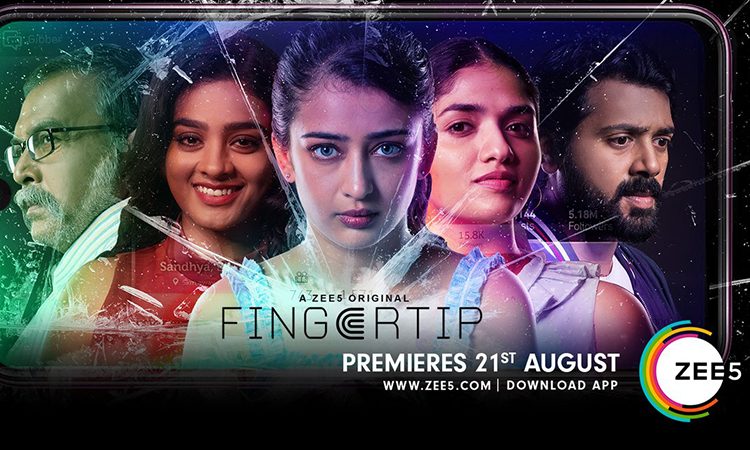 Fingertip is a compilation of five episodes, full of diverse plots united by a common threat posed by the digital world. While Rekha, a software professional, is particular about her online fame and is desperate to become a social media influencer, even if it destroys her personal life. Similarly, an elderly Krishnamoorthy faces the wrath of a youngster who avenges a public insult through a fake Whatsapp forward that affects the veteran’s life.

An online social networking site also creates insecurities and ruptures the friendship between two close-knit friends Priya and Vidhya. Meanwhile, a married man is honey-trapped into vacationing with a woman he finds on a hook-up site. The life of film star Sanjay is no longer the same after his account is hacked. With stories as different as chalk and cheese that are grippingly narrated, the series is a welcome addition into the regional digital space. 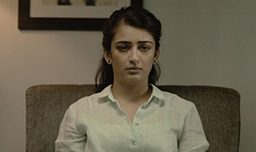 Sunainaa and Gayathrie, playing the roles of two complicated women, are the stars of Fingertip by a far stretch. Sunainaa as a family woman, who loses sight of the balance between her personal and digital life, showcases her inner trauma through her impressive histrionic range and sufficient poise. This is a worthy addition to her digital stint after an impressive beginning in High Priestess. Gayathrie, as a con-woman who traps rich men on social media sites to lead her existence, comes up with a kick-ass, no-nuisance act that leaves us wanting for more. For once, women in a regional series are portrayed with their negative shades and unique quirks, without being painted as flawless, compassionate figures. The only disappointment though, is Akshara Haasan yet again, who doesn’t have much to perform in a uni-dimensional role of a sensitive 20s something girl.

Several web series comprising stories about the dangers posed by the online world have been made in an Indian scenario, but Fingertip, the Tamil web series to arrive on Zee5, manages to be a cut above the rest. Perhaps, the writer’s genuine/nuanced understanding of the complexities of a digital life makes the difference here. Although slightly exaggerated, the five stories are crisply narrated, well-enacted and revolve around protagonists belonging to different age-groups.

All the stories are personalised well to ensure relatability and there are no unnecessary cinematic liberties. Interspersing drama and thriller genres under one roof, the series, if not arresting, keeps you thoroughly engaged. The casting of the actors, from the likes of Gayathri to Akshara Haasan to Ashwin and Sunainaa ensures performers with conviction and those who suit their parts adequately. In every episode, the makers choose a different application to discuss online dangers – the list includes Instagram, Facebook, Tinder, Twitter, and Whatsapp.

The writers do well to imagine a ‘worst-case scenario’ of how the digital world brings about fragility into relationships. That said, emotion is still the core element of Fingertip. The stories are about the discord between a modern-day working couple, a strained equation between a father and a son, a man being a reason for the rift between two best friends and a married man’s illicit affair signalling the end of a relationship in another. There are subtle connections between all these stories that are purposely left unexplored, in the hope to lure more viewers for a future season. 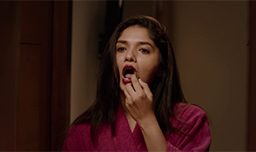 Young director S Shivakar resists the temptation to provide any scope for fluff in the tight script and that’s the reason you’re invested in each of the stories right from the beginning. The aesthetics of the series are compelling enough for the digital medium. While the story of the film star and the hacking of his social media account and the Me Too movement is a timely one, the thread featuring Akshara Haasan doesn’t provide the chills it promises to. Despite its problems, it’s easily the best Tamil web series to have been made to-date, providing a welcome break from the mediocrity that has been thriving in regional digital content.

In terms of scope for a strong performance, Ashwin Kakumanu as a film star gets the best pie of the cake. In the shoes of an actor and a womaniser who has a notorious reputation in the film industry, his performance is replete with the right measure of tension, anxiety, and intensity. Supporting actor Madhusudhan Rao, a familiar face in Telugu and Tamil films, as a disciplinarian elderly man makes his presence felt in the limited time he gets.

The music score by Dheena Dayalan may not be showy or on-the-face, but it does the job it’s expected to – blend seamlessly with the story. The craft in the cinematography and production design complements the viewing experiences and helps the series to distinguish itself from its counterparts in other languages. Undiluted writing, sharp narration are still the major assets of Fingertip though.

Slightly exaggerated at times
Becomes predictable beyond a point