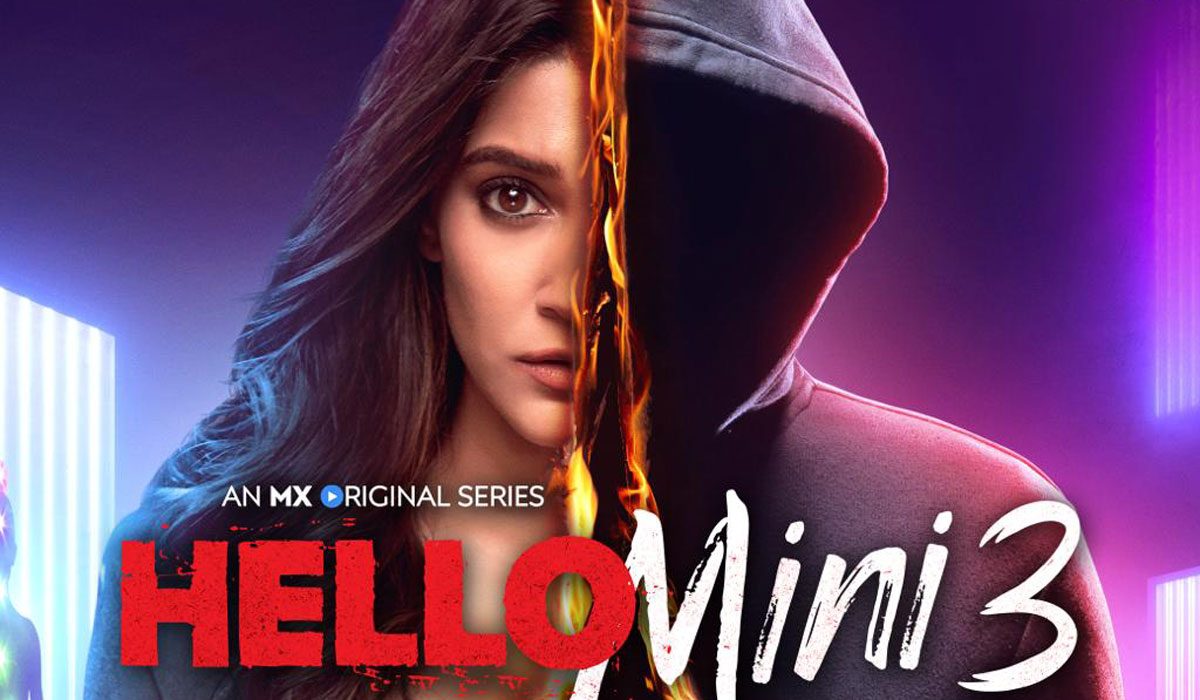 BOTTOM LINE: An Absurd Season of a Pointless Show

A stalker with a mysterious identity is creating a ruckus in the life of a corporate employee Rivanah Banerjee. She’s hit the headlines for her pathbreaking app Dare Defy but is also at the receiving end for denying credit to her former college-mate Hiya for the idea. She’s further consumed by guilt for cheating on her current boyfriend Danny with her ex Ekansh. Her life complicates with the sudden death of her roommate Tista. A colleague Nivaan seems to be her only source of support. The creepy cult figure KD is trying her part in exploiting Rivanah’s vulnerability to her advantage. What’s the larger truth connecting these stray incidents?

Anuja Joshi’s character hardly evolves through the three seasons – she is trapped in similar situations, never learns from her mistakes, stuck with troublesome men amid toxic workplaces. The actor’s forever asked to be anxious and vulnerable – there’s nothing to distinguish her performance from the earlier seasons. Darshana Banik has little to do in what’s a brief extension to her role from the second season. 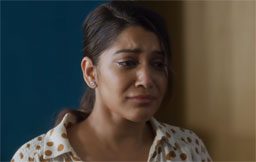 Sharma in the out-and-out negative character displays a different side to his acting repertoire beyond the slice-of-life comic roles. Vibhav Roy in the shoes of Nivaan looks apt in the gentlemanly part. It’s downright disappointing that Suchitra Pillai has to be content with such dismally written vamp roles. Come on, it’s 2021 and you still have nothing better to offer her?

Hello Mini, adapted from a book written by Novoneel Chakraborty, had begun as a raunchy show about a creepy stalker who upsets the balance in the life of a 20s something corporate professional. It never promised to be pathbreaking, featured a few pretty faces and offered cheap thrills with liberal doses of intimate sequences. Unsurprisingly, it did enjoy good viewership and each of its seasons has gone onto milk a similar formula with minor tweaks. Even going by the preposterous standards of filmmaking set by its makers, Hello Mini 3 is the most eccentric of all its instalments.

The protagonist, Rivanah, is constantly hallucinating and finds unique ways to get into trouble every time. She’s surrounded by an amusing bunch of characters. She bumps into the same man every time she’s about to have a fall in her office – he’s the tireless rescue man who doles out advice as if they were in his back pocket. There’s a stalker who sends Whatsapp forward-like messages through hankies, opens taps in her household and scribbles on glasses. There’s a lesbian cult figure warning her not to evade the spirit of a dead colleague. 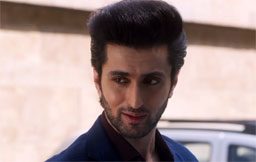 It’s this unfathomable collision of worlds that creates mild curiosity and keeps you hooked at times. The writers of the show structure their episodes like clickbait content – the temptation to watch the next episode is almost irresistible though nothing earth-shattering is expected to come out of it. The duration of the 10-episode-long show, roughly 25 minutes each, works in its favour. The zippy background score screams for attention every time there’s a twist. The entire subplot around the spiritual cult figure is a cheap cousin of the Osho story – largely inspired by Pankaj Tripathi’s act in Sacred Games.

In terms of the story, the third instalment of Hello Mini is only marginally different from the first two seasons. The twist-a-minute storytelling gets tiring beyond a point and the voyeuristic execution adds insult to injury. There’s nothing realistic or relatable with its setup, the characters react strangely to crises and the coincidences are too convenient to digest. To sum up Hello Mini 3 in a nutshell, it has no soul, story or moving performances and is purely made based on ‘what sells in the web space’ than ‘what needs to be sold’.

The beaming monotonous background score is shoved down your throat minus any impact. The show, despite the constraints of its frivolous storyline, has a rich, aesthetic touch to the frames – both with the cinematography and the art direction. The crisp run-time is a certain advantage though the non-linear narrative invites a lot of confusion into the proceedings. The dialogues are amateurish and the screenplay would have benefited by giving some time for the audiences to breathe. 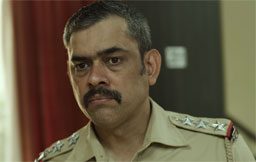 Good hooks leading to every episode

Too many twists, ambiguous screenplay