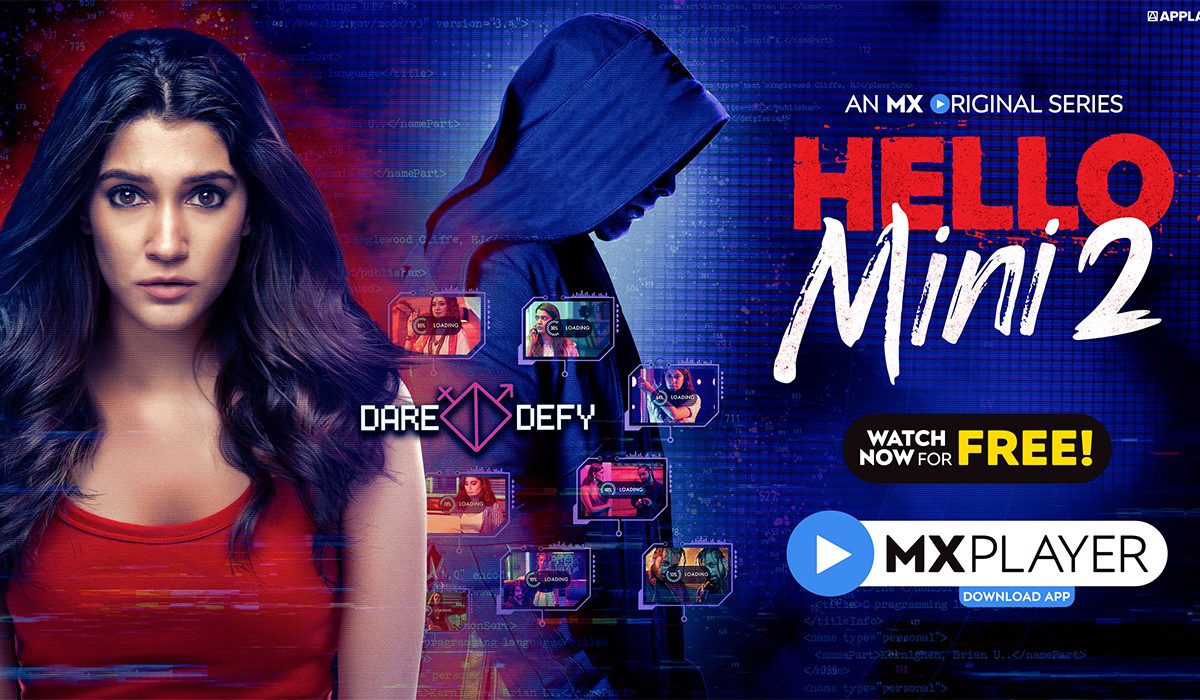 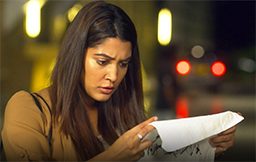 Post the traumatic events of Hello Mini; the second part resumes with Rivanah (Anuja Joshi) and Danny (Mrinal Dutt) moving together and having a living-in relationship. Once again, Rivanas starts seeing scary incidents around her. Someone is stalking her to bring ‘Stanger’ out.

Meanwhile, a past girlfriend of Dany lands in their house after a breakup. She deliberately creates a rift between Dany and Rivanah, much to later’s chagrin. Is that all? Or is there another massive twist around the corner? What is ‘stranger’ doing all along and how he is again connected to the story is what season two is all about?

Anuja Joshi continues her act from the first season. It is the same, but with a distinct change in the way she looks. The fears and cries are all there, along with the hyper-charged sexual moments. She does well in all of them. However, there is nothing more to the role than what is already offered in the first part. 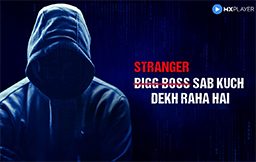 Arjun Srivastava directs the series created by Team Applause and Goldie Behl. A very urban idea forms the core of the story. It is unlike the first part, where the focus was more on the psychological ramifications of psychos and stalkers on a normal working-class girl.

It takes some time to get to the point and what we get during the process is routine stuff. The quarrel between the two housemates is so routine and predictable. It is increased with the addition of a new character. The misunderstanding, jealously and clash over long-distance relationship etc., add to the boredom and banality.

The suspense, horror elements feel repetitive initially. It is because we have seen them all previously. A topic of Cinderella complex is introduced but is nipped in the bud. But, when the core concept is introduced, it does seem exciting intermittently. Some trippy sequences bring excitement and thrill as to what is happening.

Sadly, the screenplay falters in mixing the core element with the other regular drama. A lot seems to be happening, but nothing sticks. Then, there is a quick-fix, all in one solution in the form of ‘stranger’. 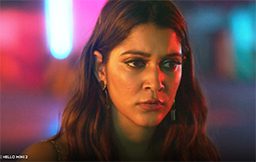 The middle portion of the series is slightly better, albeit predictable when the narrative moves out the constant bickering and nagging of the live-in couple to the ‘core content’ involving ‘Dare and Defy’. A build-up is given to something exciting and thrilling, but unfortunately, it falls flat.   The story fails to explore the core theme involving the current gen’s obsession (particularly the depressed and geeks) with wild games and thrill in a more convincing manner. The over the top caricature presentation should have been dealt with even better.

It is an open-ended conclusion again, leaving one hanging for the third. It will, however, depend on the success and interest of the audience.   Overall, Hello Mini 2 is shorter and weaker than the previous part despite having a far more exciting central plot to delve into. Give it a try if you like something hatke with a lot of titillation involved, in between.

Mrinal Dutt as Danny gets a bigger role and arc in season 2 when compared to the first. And yet, he fails to leave a mark or make the character remarkable like the first part. It is because, in the critical portion, he goes missing. The ‘heroism’ of his role is gone too. He is good at expressing ‘cool’ and frustration, but that is all his part is limited to. 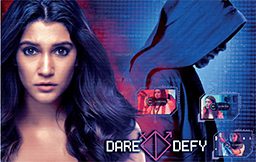 Ambika Nayak is spot on with her look and attitude. But she has significantly less screen time. She is impressive in the given opportunity. Darshana Banik is another nice little addition. She is used to furthering predictable tropes and is alright. Abhinav Sharma is riddled with a confusing character which also shows in his performance. Vinit Sharma reprises his likeable cop act, although poorly written.

Ripul Sharma and George Joseph give the background score. It is effective. The ever jumpy BGM matches the narrative’s restlessness. The cinematography by Akshay Singh is okay. Some parts are well lit and shot, but overall tackiness and short film vibe are visible. The editing by Arjun Srivastava and Gaurav Joshi is weak. There are a lot of needless cuts that are more distracting than adding style. The dumbness of the characters matches the writing.