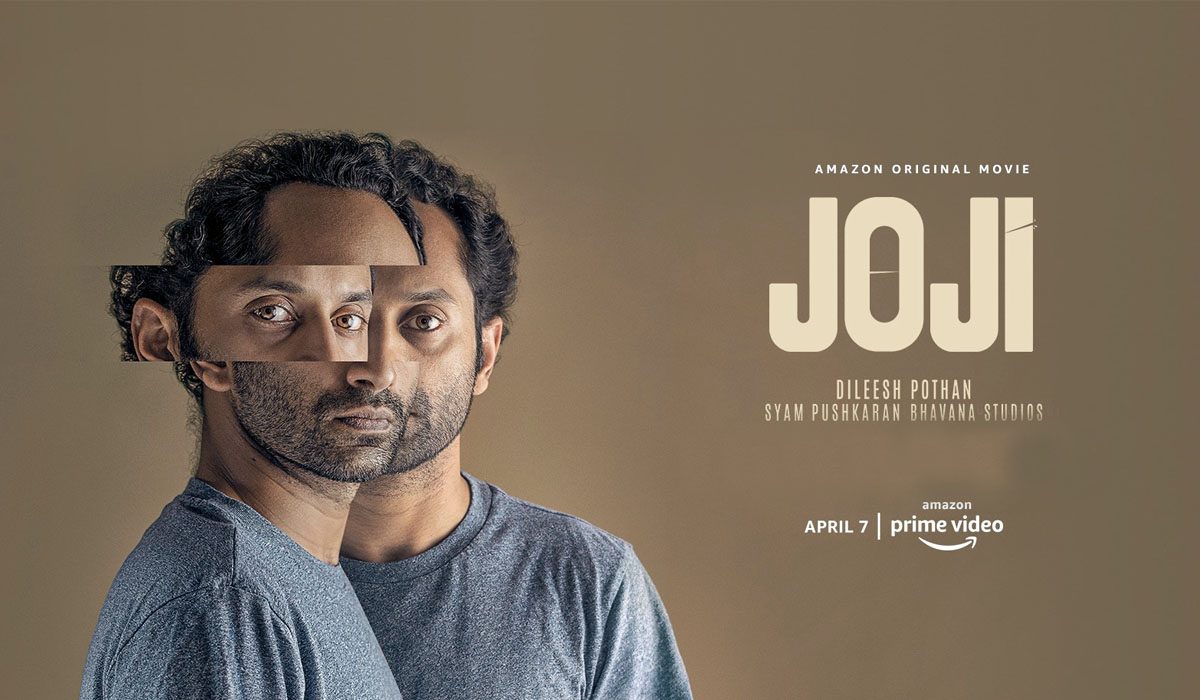 Joji (Fahadh Faasil) is a lazy guy who doesn’t want to work and live off the money of a powerful and affluent father and family property. When an unexpected incident happens to his father, Joji senses an opportunity to make it big without much effort. It is further increased when a close family member congrats him for becoming a millionaire.

What happens when that ‘millionaire’ dream shatters with the recovery of Joji’s father? What steps are taken by Joji, and where it leads is what the movie is all about?

The entire film is filled with solid actor well cast for the respective parts. However, one can instantly sense and see Fahadh Faasil standing out among the crowd. For starters, there is more focus on minute details of his character and acting. And then, there are the usual moments designed for it that makes one appreciate his act.

However, the role doesn’t offer him an entirely new thing to do as a performer. It is a simple, everyday look that makes him stand out. He is Mahesh but in a different setup. He slips into the part via the ‘look’ and then does his usual effortlessly. The act and role get intriguing as it progresses. Gradual growth in sinister attitude is well presented and acted.

Dileesh Pothan, who previously made Maheshinte Prathikaaram and Thondi Muthalum Driksakshiyum with Fahadh Faasil, directs the movie. The hat-trick combination has created tremendous hype on the film.

The setting is that of a wealthy Christian family in Kerala. The focus is on the youngest son of Kuttappan, who does nothing but sleep, eat, smoke and roam around always. He does nothing productive to win his dad’s appreciation.

We immediately are taken into the world neatly through the excellent camerawork and simple yet effective establishment of the characters through the writing.

The narrative moves slowly, and there is a lot of drag, but it is used to establish the film’s mood and the critical character. The necessary action he takes could have been better explored. It seems so quick despite such a slow pace.

Once the expected happens, again, the track involving the church father isn’t that intriguing or exciting. It goes well with the setting, but it could have been utilised well.

So many predictable things take the proceedings forward, more so if one is aware of the Macbeth adaptation. However, what keeps us hooked throughput is the lead actor, Fahadh Faasil. His practical yet straightforward antics and characterisation, given by the director, hold the attention.

All the key moments that grab attention are intertwined with Fahad’s performance. The director has used him well.

After a sluggish one hour or so, Joji picks up in the second hour, where a lot is happening. The interest after a point is to see what happens at the end. It is here that the different plots merge neatly to give a smooth flow to the narrative. The unexpected twists (simple ones) add to the overall strength.

The problem here is the overreliance on one actor, which leaves others with half-baked roles. The sister-in-law part and her track, for example. It is crucial to the narrative but isn’t fleshed out well.

Overall, Joji is a decent film held together by the act of Fahadh Faasil. If you like some drama without overthinking, Joji could be the right movie for you. For others, it is a disappointment considering the vast potential.

As mentioned previously, apart from the hero, the rest of the actors haven’t got significant parts. But, the good thing is that each once balances runtime with their looks and acts. They fit perfectly the various roles they play.

Unnimaya Prasad, for example, has a massive role based on Macbeth (English), but she doesn’t have much scope here. Instead, Baburaj playing Jomon gets an exciting part. He does well.

Pn Sunny, Joji Mundakayam also have decent roles. The former as the tough father is excellent in the time has got.

Justin Varghese provides the background score. It is sensational, in parts, but mostly remains muted. The cinematography by Shyju Khalid is another major asset for the film. Kiran Das’s editing is slick and smooth, even though there is a lot of drag. The writing by Syam Puskaram is lovely.

Final Half An Hour