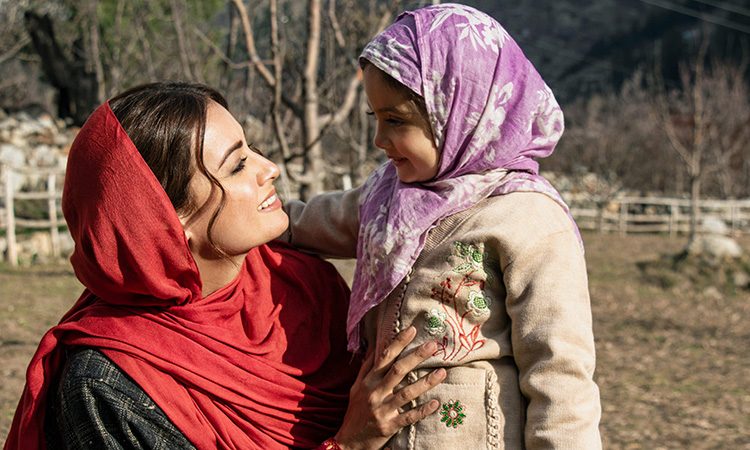 Vedant Rathod is a Kashmir-based advocate-turned-journalist, a popular figure among the locals and well-revered among his colleagues for his uncompromising approach to his job. Taking a departure from edgy, dark stories for the channel, Vedant is asked to pursue a human-interest story, even as it irks him. That’s when he meets a six-year-old Seher, the only child of Kainaz, a Pakistani national jailed in Kashmir accused of militancy. Over seven years in jail far away from her home in Pakistan-occupied Kashmir, Kainaz has no hopes for future until Vedant enters her life. How Vedant helps Kainaz and her daughter reach their home nation fighting against all odds forms the plot of Kaafir. 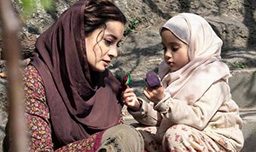 Dia Mirza is the star of the show and she powers this wonderfully-written series with a poignant performance as a hopeless, jailed mother. Never has a filmmaker been so effective in tapping this dimension of the actress and she’s extremely convincing with the gamut of emotions she expresses through the series. She’s confined to a dark space, has little dialogues to say through the episodes, but Dia is in such fine form that there’s not a single false note from her end.

Deserving credit needs to go to Bhavani Iyer’s layered writing for Dia’s role coming through so well. Mohit Raina, perhaps inspired by his co-star, too shows his wide range as an actor. From handling the troubled equation with his father to subtly showcasing his liking for Kainaz, Mohit couldn’t have asked for a better, complex role to showcase what he’s capable of.

Kaafir, delving into an edgy terrain like hypernationalism and religious bigotry in India, emerges a surprisingly hard-hitting series with an intense narrative that doesn’t lose steam until the final episodes. Sonam Nair, who’s directed a few feature films in the past, utilises the digital space to explore a tense human angle between two characters belonging to two warring countries.

The series, though bearing similarities to Salman Khan’s Bajrangi Bhaijaan and Mulk, discusses deeper and hard-hitting issues revolving around terrorist ideologies, loopholes within the judicial system, sexual abuse behind the bars, impotency in men, patriarchy and atheism among many. But never does this turn into a full-blown melodrama at any point.

The director strictly makes Kaafir a series driven by the characters and the issues it focuses on, in the most settled fashion. Even in the efforts that Vedant makes to help Kainaz return to Pakistan, the sequences are driven purely by logic sans any sort of cinematic liberty. The pace of the series, however, slows down in the latter half and even begins to turn preachy. The nearly six-hour length of the series tends to get excruciating, yet, the fall isn’t so steep. The production values of the series are on par with most feature films made in Bollywood, though the VFX work could have been way better.

Kaafir is a winner because of its writing and seamless visual execution. After Leila, this is probably the only series to take on much-popular yet problematic perspectives in the society and present a humanistic take on it. 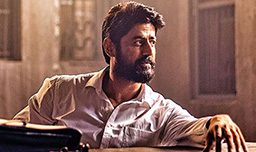 There are a host of supporting actors who make their presence felt in the series, albeit in brief roles. Faezeh Jalali is sparkling as Dia Mirza’s friend at the prison. The child actor Dishita Jain shows great strength and resilience through her eyes and thankfully, her role isn’t dumbed down to be an epitome of cuteness. Dara Sandhu in the happy-go-lucky space as Rafique has a charming screen presence and certainly deserved a better deal than a one-note role as Mohit’s colleague. Going by the looks of the actors, the accent they mouth, the casting director has done the homework well in picking talent that rings true to the milieu of the story.

Ravi Singhal’s work on the title song is as uplifting as its vocals by Swanand Kirikire. However, the background score by Raju Singh, on the whole, disappoints and fails to provide the right impetus to a series that has many potent situations. Several interludes and musical bits seem old-school and on-the-face, where something more contemporary and subtle would have helped.

Cinematographer Pratik Shah’s strength is the way he poetically envelops the series around nature, visual elements and uses them to draw parallels with the theme of Kaafir. Bhavani Iyer’s writing and Vicky Chandra’s measured and at-times-flowery dialogue provide the right foundation for a consistently engaging series that’s replete with several emotional highs and lows.