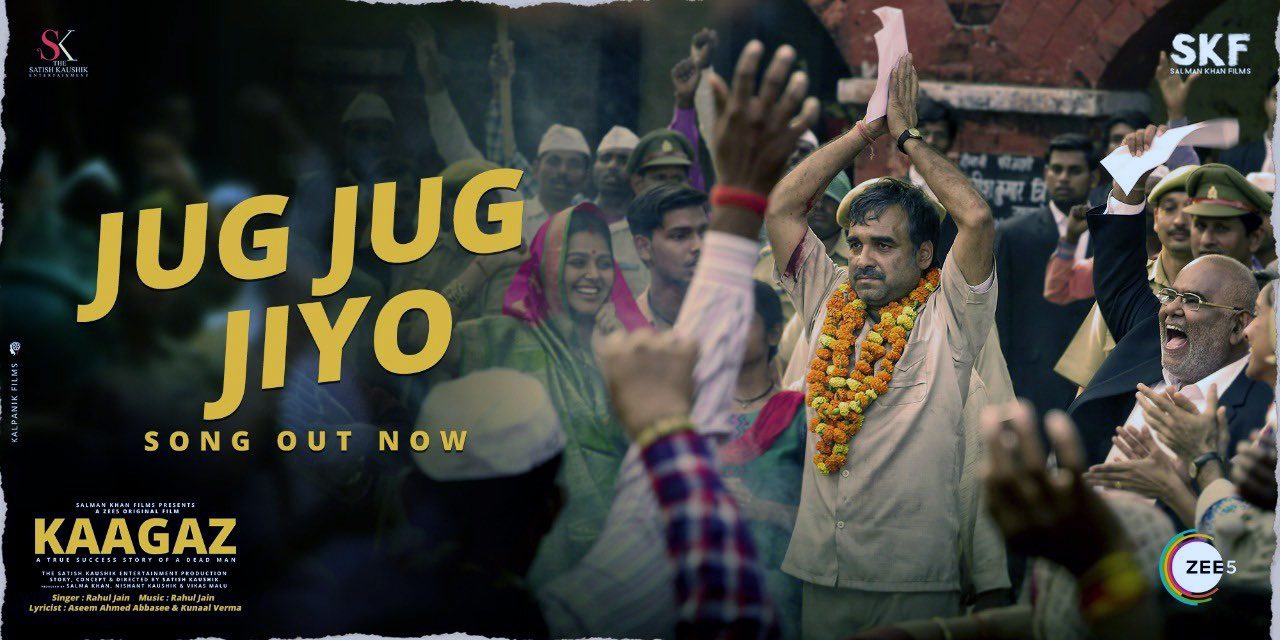 BOTTOM LINE: Humourous Though Soulless Retelling Of An Intriguing Story 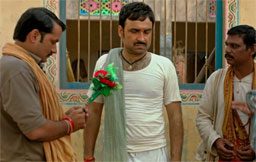 ZEE5’s latest original film ‘Kaagaz‘ centres on a man declared dead on paper in the official revenue records of the UP Government, and the trials and tribulations he faces to prove himself alive. The plot is adapted from the real-life story of a small farmer Lal Bihari Mritak who had faced the exact same situations as shown in the film.

Bharat Lal (Pankaj Tripathi) is the small-time owner of a band in Amilo village in the Azamgarh district of Uttar Pradesh. Spurred on by his wife Rukmani (Monal Gajjar) to expand his business, Bharat Lal applies for a bank loan to fund bigger premises for his band. The loan application needs him to furnish his ancestral land details that he plans to keep as collateral with the bank. That’s when he learns that his greedy uncle, aunt and cousins have fraudulently got him declared dead in revenue records, in order to usurp his ancestral land in district Khalilabad.

Thus begins Bharat Lal’s lengthy 19-year battle against the notorious Indian bureaucratic system to prove his place among the living. A battle that sees him resort to myriad unconventional means to get the government to overturn the glaring falsity against him. Bharat Lal receives the help of diverse people along the way, including a burnt out lawyer Sadhuram (Satish Kaushik), a determined though helpless journalist Sonia (Neha Chauhan), and the local politician, Ashrafi Devi (Mita Vashisht).

Kaagaz has been written and directed by Satish Kaushik, and produced jointly by Salman Khan Films and The Satish Kaushik Entertainment. 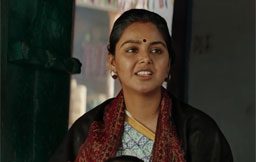 Pankaj Tripathi’s versatility and skill as an actor comes to the fore yet again in his portrayal of the small-town everyman, Bharat Lal in Kaagaz. He is the sole reason that the sketchy story succeeds in keeping the viewer engaged in the narrative. He is truly the centrepiece of Kaagaz. Monal Gajjar delivers a good performance as Bharat’s harried wife Rukmani. The role has similarities with the character of Kanji Bhai’s wife in Oh My God, and will remind discerning viewers of Lubna Salim’s enactment of a wife who has had enough of her husband’s shenanigans and railing against the system.

Satish Kaushik is quite watchable as the lawyer with dubious morals. Amar Upadhyay has nothing to contribute to the film as the antagonist, Vidhayak Jagan Singh. Mita Vashishth tries to make the best of the poorly-fleshed out role given to her. 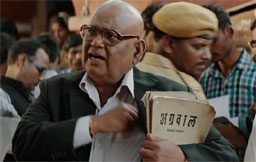 Kaagaz has a very intriguing premise at its core. The narrative of the film sticks quite close to the real-life story of Lal Bihari Mritak, on which it is based. That proves to be its biggest fallacy too. In recounting the true story of the farmer from UP who faught for 19 years for his right to be declared a citizen of the living, Kaagaz is reduced simply to a series of sequences that appear to have been stitched together to form a mashup of Lal Bihari’s life.

True-to-life incidents play out on screen one after the other, with nary a wisp of authentic emotion in any of the sequences. It is a clinical retelling of all the events that occurred in Lal Bihari’s fight against faulty government machinery; thereby making it all story and no soul. A simple Google search on the real-life character on whom Kaagaz is based will tell you that everything shown in the biographical film is true. The man really did stand against Rajiv Gandhi in the 1989 General Elections; paraded his own funeral procession; distributed pamphlets by the bushels; created a ruckus in the Uttar Pradesh Vidhan Sabha; formed the All India Mritak Sangh; and everything else.

The story is intriguing – there’s not an iota of doubt about it. But the screenplay of Kaagaz makes the story utterly soulless and sketchily constructed. Subplots are introduced into the narrative, only to peter out into nothing within the next few minutes. Bharat Lal’s appearance on the cover of Time magazine is shown as if it’s an everyday occurrence in the life of commoners. There’s no gravitas or significance denoted to it in the movie, which we found quite weird, to be honest.

Deliberate dubiousness is introduced into the story through the likes of Mita Vashishth and Amar Upadhyay’s characters. Both are made to spout hefty dialogues, and both ultimately prove to be laughably inconsequential to the storyline. Even the lawyer Sadhuram and journalist Sonia’s contributions seem quite trivial in Bharat Lal’s rather chequered struggle against the system.

That said, the humour in the movie is appreciable. It is a welcome distraction to a story that could very well have been reduced to a soppy, mopey tear-fest. Thankfully, Satish Kaushik has taken a leaf out of other satirical films of a similar genre — Oh My God, for instance — to weave an engaging narrative. The dialogues, in particular, are quite funny and make the viewer smile. 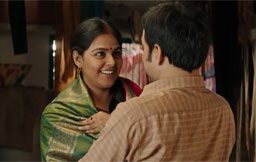 The music of Kaagaz is light and breezy. The songs are of the ‘heard today, forgotten tomorrow’ variety. Nothing much to write home about the music. The editing is weak – it could have been tighter, to deliver a better quality product.

The camerawork by Arkodeb Mukherjee stands out among the technical departments. He does a commendable job of capturing the sights, sounds and locales of small town Uttar Pradesh.

The dialogues of Kaagaz are very well written. They are witty, humorous and very different from the usual clunky dialogues that populate films of a similar genre. Dialogue writers Imtiyaaz Hussain, Ankur Suman and Shashank Khandelwal have done a good job with the writing. 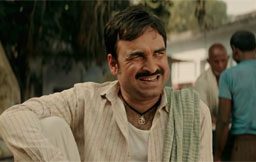