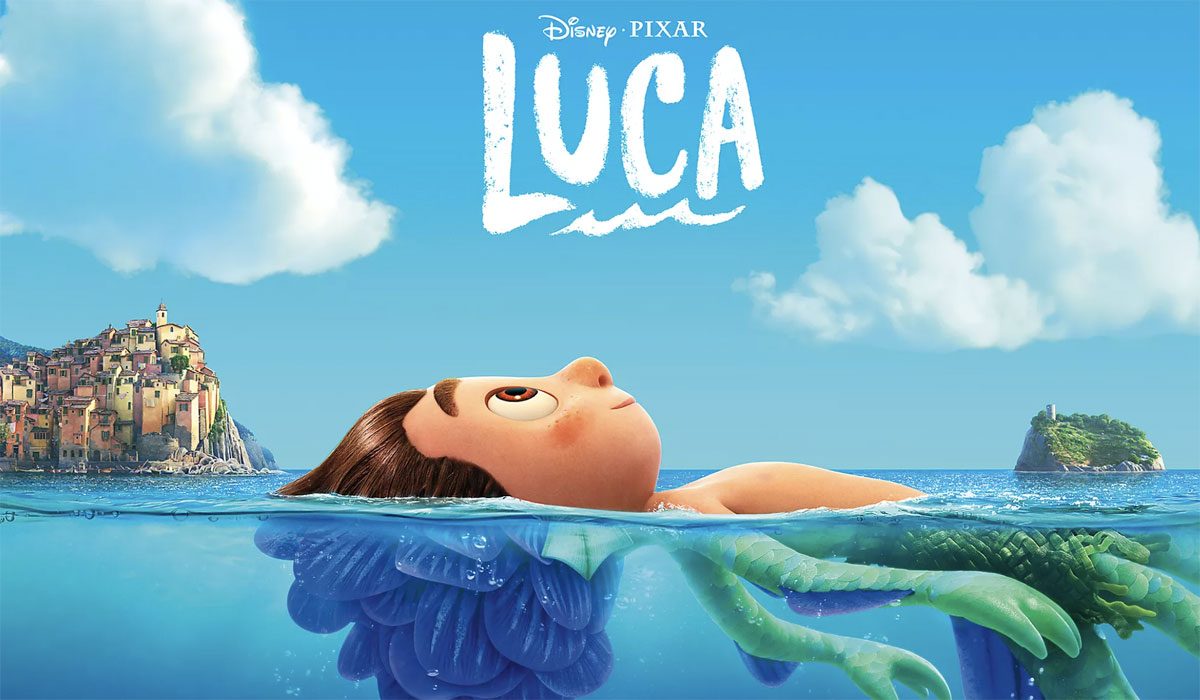 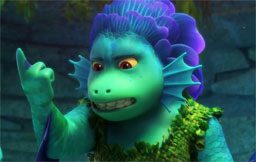 Disney and Pixar’s latest animated feature Luca is a beautifully narrated story, set in Portorosso, a picturesque seaside town along the Italian Riviera. It centres on a breed of amphibious creatures that are fish-like in water, but turn human-like on land. The creatures are dubbed sea monsters by the humans living in their proximity—this, despite never having seen one in their lives. The humans routinely set out to sea with sharp spears on hand, to hunt down and kill the sea monsters. Two of these hybrid creatures, Luca (Jacob Tremblay) and Alberto (Jack Dylan Grazer), venture into the town with dreams of owning a shiny Vespa, their means to escape their closed lives and see the world. The sea-creatures-turned-boys team up with a young Italian girl, Giulia (Emma Berman), to win the Portorosso Triathlon, which they hope will give them enough prize money to buy a Vespa. Only hitch – Luca’s parents (Maya Rudolph and Jim Gaffigan) are looking for him in town to take him back home. And the worst bit – any contact with water turns them back into the sea creatures they are.

The stand-out element of every Pixar feature is the visual splendour of the storytelling. Luca is no different in that department. Breathtakingly beautiful scenes of the full-fledged underwater civilisation that Luca belongs to; the gently rippling sea at the shore; the crystal clear azure sky, seagulls flapping about with abandon; the picture perfect seaside town, with gurgling water fountains and sloping, cobbled streets—all come together to deliver visually pleasing frames. The warm colour palette— aflame with fiery oranges, ablaze with bright blues—is a delight by itself. The horizon, stained calypso-orange by the sun, offset by the lapis-blue day sky, looks pretty as a picture.

However, what is different about Luca is that the message it delivers through its narrative is so subtle and understated that if you’re not paying enough attention, you just might miss it. Of course, the overlying message is that of freedom, and our perpetual quest of it. It is also of friendship, and humankind’s constant need of it. But the underlying essence is of our instant disdain and dislike, as a species, of anything that does not confirm to our perception of what is normal. The humans in the story label the sea creatures as ‘sea monsters’ — even though there’s nothing monstrous about them. The sea creatures in turn label humans as land monsters. The narrative lays bare our propensity to target everything that we perceive as different from what we’re used to seeing and experiencing. It’s a subtle hint at the discrimination meted out to the LGBTQ community in most cultures and countries; and the rising Islamophobia, antisemitism, and other hate trends in the world. 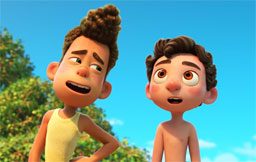 The good part is that Luca adopts a joyous and playful tone to tell its equally upbeat and inspiring story. The storytelling is handled with a light touch, giving moments of immense joy and humour. Kudos to director Enrico Casarosa for it. The scenes in which Luca shepherds his herd of sheep-fish to the grazing sea-fields and then back home are adorable. Sacha Baron Cohen’s Uncle Ugo act is hilarious. The inspiring message of “Silenzio Bruno!” is a clarion call to silence that voice of fear in your mind (your very own Bruno) and face the impending task head-on. Luca’s skirmishes with Giulia’s cat are humourous. The funniest sequence is when Luca’s mother, under the guise of a football face-off, dumps sundry children into the water fountain to find her Luca among them. The villain—the boisterous five-time champion of the Triathlon, Ercole Visconti (Saverio Raimondo)—is petty and evil. The characters are well-written, especially the confident, self-assured Giulia (pronounced Julia btw).

All said and done, Luca is a warm, fuzzy tale that will make you feel all the feels. Go watch it! 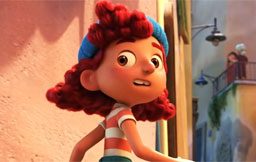 Dan Romer’s background score is upbeat, with a touch of the whimsy to it. Writers Jesse Andrews and Mike Jones have done a great job with the screenplay. Catherine Apple and Jason Hudak’s editing is flawless.

Pertinent message for our times

A lingering joyousness in the tale

The story is a bit simplistic, maybe