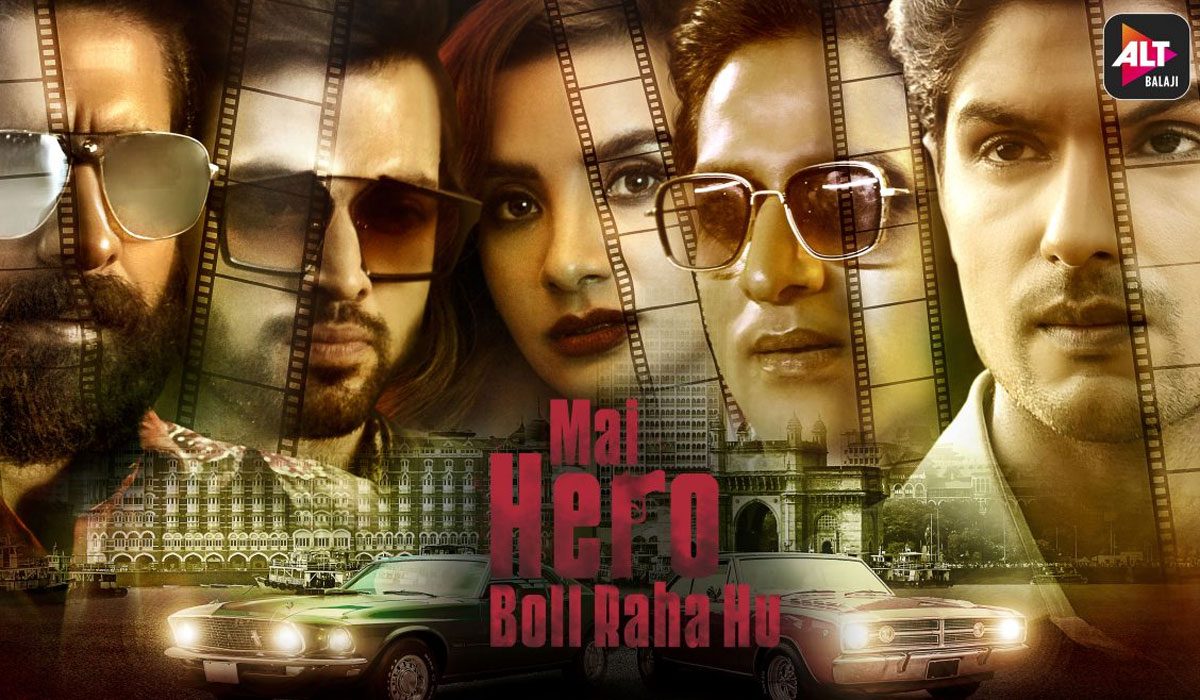 A Bareilly native, Nawab, enters Bombay with big dreams and ambition in his eyes. He finds his feet in the bustling city with a lowly job at a pirated VCR parlour. Nawab is quick to learn the tricks of the trade, finds new friends and gets out of problematic situations with relative ease. An unexpected jolt comes in the form of his father’s death who’s gruesomely murdered by one of the Shetty brothers. He’s not only desperate for vengeance but is single-minded about his ambition to become a gangster and conquer Bombay. What’s the price he needs to pay to fulfil his lust for power?

In what’s a welcome departure for Parth Samthaan from his usual cheesy, weepy relationship dramas, the show provides an opportunity for the actor to loosen up a little unleash. Although he’s not the most ideal choice for a tapori avatar, the television actor displays enough conviction to portray a flawed gangster swayed by power, fame and women. It’s surprising why we don’t see enough of Patralekha often – though there isn’t much for the actor to do in this show, her mysterious, rather unusual screen presence more often does the job.

Arshin Mehta as Manasvi shows some spunk in her initial sequences and is conveniently ignored later. Arslan Goni sparkles briefly in the role of an insecure superior to the protagonist,  but the character could have done with more meat. Chandan Roy Sanyal is as dependable as ever as the underworld baron Mastan. However, the real surprise is a spontaneous Ganesh Yadav in the shoes of a corrupt cop who’s loyal to the protagonist through his thick and thin. Ankit Gupta is passable as the headstrong officer, while Tarul Swami, Tarun Chaturvedi and Errol Marks have little to do.

Mai Hero Boll Raha Hu, the gangster saga set in Bombay, serves as a nostalgic showreel for the 90s kid, more so as a reminder of the many hero-worshipping masala films prevalent in the same era. There’s little logic in the proceedings, a few convenient cinematic liberties and some delectable dialogue-baazi. The men take care of the action and the women are either trophy wives or soft targets. Are these tropes intentionally in place to suggest the show’s timeline? Probably.  Despite its problematic messaging, erratic storytelling and the done-to-death plot about gang wars, the 13 episode-long show surprisingly works well as a guilty pleasure watch.

The lack of pretension is one of the significant reasons why this gangster saga remains inoffensive. Realism hardly features among its aims; it doesn’t take itself too seriously. The narrative is designed to celebrate the supposed aura of its larger-than-life protagonist, the slow-motion shots and the action sequences are an advertisement of his machismo and everything else, including the story, is just an excuse. For a change, you don’t mind this routine, given it’s been ages since Hindi cinema looked back at its masala roots with such fondness.

The show is at its entertaining best when the links between the underworld and the film industry are established. From gangsters viewing the business as an avenue to dump their black money to the negotiations with producers about profit-sharing, to their roaring affairs with the actors and the control they wield over the product – nothing is left to the imagination of the viewer. The unlikely love triangle between a gangster, his wife and a popular film actress adds juice to the proceedings. While trying to convince an insecure star wife to rope in her casanova husband for a film, a gangster promises to keep a watch on her husband’s movements on sets like a ‘brother’.

The world of gangsters isn’t any new otherwise – there are internal wars, shifting loyalties, negotiations with corrupt police officers, constant mind games with rivals, blood-soaked shirts in the see-saw for power. The non-linear narrative is a mess – you are left confused between timelines, the past, the present and the never-ending voiceovers. Nawab has it easy wherever he goes and whatever he does – his struggle is quite superficial. This isn’t the show where you expect earthiness though. The director Siddhartha Luther has the last laugh, miraculously connecting the dots with a crisp screenplay, with enough twists in the bag to mask the wafer-thin storyline.

The loud background score goes all guns blazing to elevate the protagonist in this masala outing – it’s as if subtlety exists in a different planet. Sarthak Juneja’s dialogues are the lifeline of the show; the catchy, showy one-liners are sometimes the only reason why many unimaginative sequences fare slightly better. Suparn Varma, as a writer, gets a timely opportunity to showcase his versatility. The overdose of the slow-motion shots, smoke-filled frames underline the indulgence in the treatment. The plot, thankfully, moves at a breakneck pace – one wouldn’t quite mind the four-hour length.

The brisk pace of the screenplay

Parth Samthaan in a refreshing avatar

Outdated treatment of a done-to-death plot

Provided you have the appetite for a 90s styled gangster drama