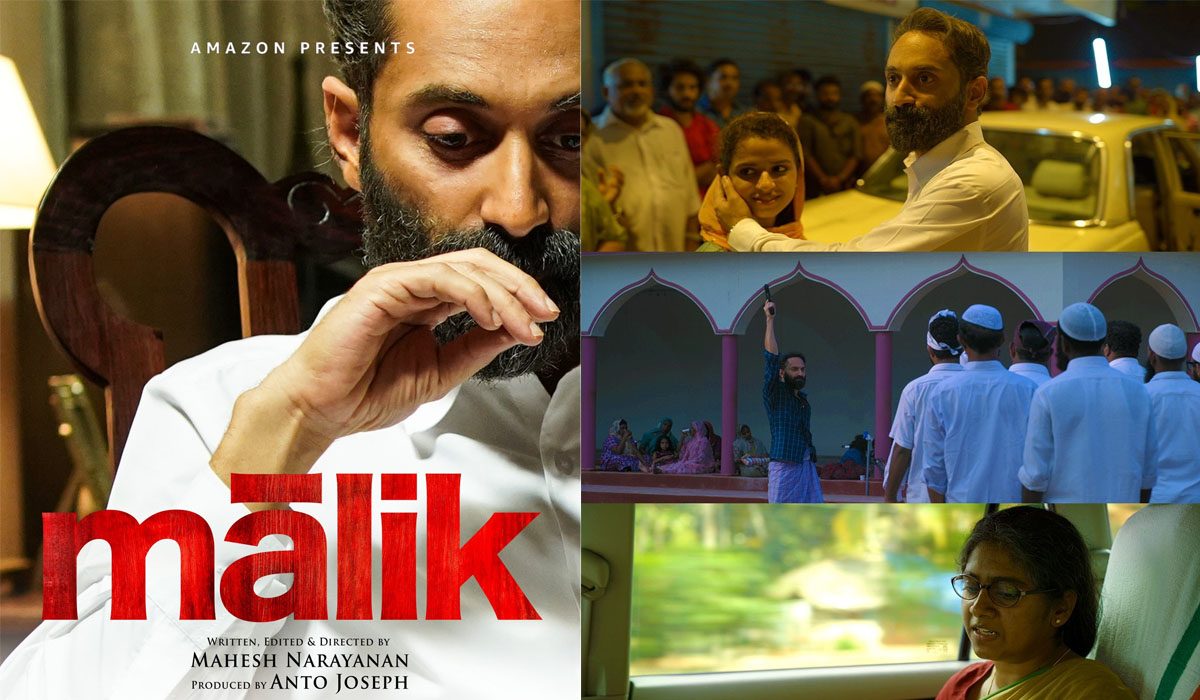 BOTTOM LINE: A Fahadh Faasil Masterclass Making Up For A Lengthy Affair!

Ahammad Ali Sulaiman AKA Ali Ikka is planning to go for the Hajj pilgrimage, but his past sins catch up to him as he gets detained by the police at the airport. Due to his notorious past and his influence over his people, the higher ups decide to have him assassinated within the 14-day period of remand. Will he survive these 14 days? Or is it his time to go? 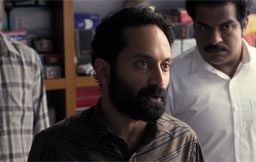 This movie Malik, without a doubt, was built on the acting performances. Fahadh Faasil is iconic, portraying a character over a period of thirty years as he gathers influence and power in his locality. Nimisha Sajayan also deserves a special mention, whose presence is felt as she takes up a major chunk of the screen time. Other actors who have supporting roles such as Indrans, Joju George, Vinay Forrt and Dileesh Pothan leave their mark on the film for the better.

The film starts off with a brilliant 11-minute long shot which has at least a 100 actors and extras on set who are constantly on the move – and that is impressive. This opening shot is quite memorable and kick-starts the movie with everything we need to know – what is happening, who are the main characters, the dynamics between different characters, etc. This long shot ends with the title shot – “Malik”. However, that is the best part of the first half of the film.

The film premise is nothing new. In fact, it looks like around 80% of the film has paid homage to iconic movies such as ‘The Godfather’ and ‘Kingdom of Heaven’. Of course, there are some differences in film themes, year and location, but the film is essentially this – a young man Ali, who starts smuggling from a young age, uses his money to help his community which has both Muslims and Christian minorities. Fearing his growing influence, his friends in the Christian community decide to stand up to Ali, before he betrays them for his “people”. Tensions escalate but eventually Ali’s influence reigns supreme. Year later, after he has become a “proper man of the people”, he eventually decides to go for Hajj to atone for his sins. He is stopped at the airport and sent to jail. Fearing his influence, the cops devise a plan to assassinate Ali – and they use Ali’s underage nephew to do the deed. But due to a twist in the end, Ali ends up dying anyway.

The aforementioned plot of the film is quite simplistic. What breathes life into the movie is the cast. Fahadh Faasil and Nimisha Sajayan are at the top of their game. Most of the movie features these two actors and their presence on screen pushes this other-wise slow moving affair. The supporting cast is just as good.

And that’s one of the big issues here – the runtime. If this film had removed many of the slow moving scenes and cut out about 20-25 minutes of the movie (preferably the first-half/ mid-third part), we would have actually finished the movie, wanting for more. However, that was not what happened. 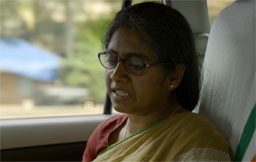 The screenwriter also takes some liberties with a couple of plot points with one of the main ones being – Why didn’t the cops just kill Ali in the cell and tell he committed suicide? How did that ending and the ending of the film make any difference?

Another major issue is that there is a huge riot that involves the police (in the movie). The riot is shown from the perspective of two characters, but since there is a significant time gap between when these perspectives are shown and since there is no mention of the riot during the second showing, the entire affair becomes kind of confusing. Even the native speakers found it hard to understand what was going on – and that’s not something the filmmakers want to hear.


However, there are a few thrill elements in this film as well as some very funny dark humour. The twist at the end of the movie is one “thrill” that no one saw coming, and that is saying something.

Overall, Malik is a slightly slow, yet a decent biographical gangster film that manages to have a great second half. Some of the themes discussed in the movie can be applied in current times and this movie can have a positive impact regarding the same.

After Fahadh and Nimisha, the next two actors who get a lot of screen time are Vinay Forrt and Dileesh Pothan. Both play antagonists to Fahadh’s Ali and they are really good in their roles. Dileesh plays a sleazy politician who plays on three sides of the ongoing conflict; while Vinay plays David, Ali’s right-hand man who becomes jealous and afraid of Ali’s power and influence. Indrans plays a really good corrupt cop and other actors who play other side characters are good.

We have an issue with the casting of Joju George and Salim Kumar, though. Both actors are brilliant artists and their small roles in this film are a waste, in our opinion. All it did was drive up the star power of the movie (which was not needed), while they didn’t portray their roles to the best of their abilities. 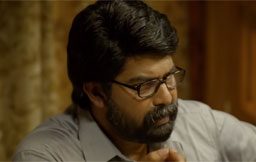 Music and Cinematography. Like most Malayalam movies released in recent times, music and cinematography are top notch. There is some bad-to-average CGI in the movie, but since it has barely 5-6 seconds of screen time, we can let it slide (the noticeable CGI part). Sanu John Varughese is behind the cinematography while Anvar Ali is the man behind the music.