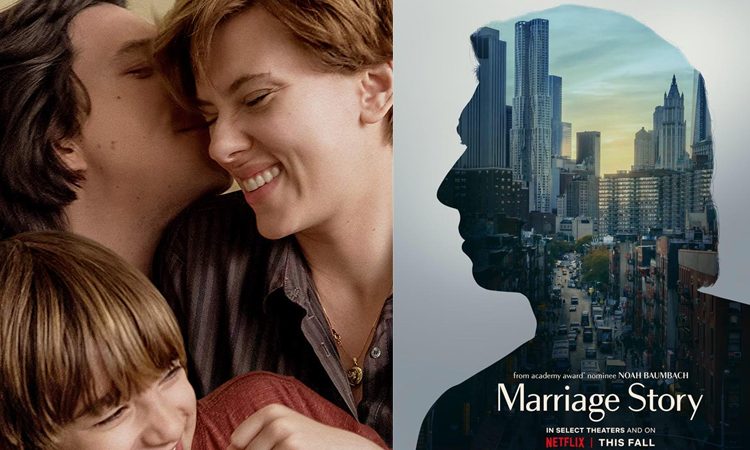 BOTTOM LINE: A Triumph Of Writing And Acting

Charlie (Adam Driver) and Nicole Barber (Scarlett Johansson) is a couple on the verge of splitting after years of marriage together. Charlie, who is dependent on Nicole (for personal as well as professional reasons), tries to make it work but to a no response from another end. What happens when Nicole eventually sends legal divorce notice to Charlie is what the movie is all about? 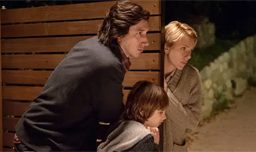 There are limited characters in the movie, and the two primary leads get equal footing. We are going with Scarlett Johansson for the ‘main lead’ due to it being the ‘stronger’ part of the two.

Scarlett Johansson is terrific in a role that doesn’t require her to do the kicking. She showcases the emotional and dramatic side of her acting skills in the movie. Right from the beginning voice-over to the end, she is in command of the character. The character and the writing give her enough scope to bring out various subtle emotions and observations that are casual and usually ignored.

There are the mandatory high pitched melodramatic moments that specifically highlight her range as a performer. The breakdown after recounting the life with her husband to the lawyer is one such moment. And the one-on-one with husband towards the end, stand out, in this aspect.

Noah Baumbach has a very predictable and straightforward story at hand. It is about a marriage that is about to come apart. Ugly divorces and what the family on both sides goes through is routine. Marriage Story offers a different perspective within that regular premise.

The beginning is as standard as they come within the terrain. We have seen them multiple times. However, the content silently shifts from the routine to the different without making it obvious. The divorce process is given a different twist. The way the couples, the families and individuals react to it is showcased brilliantly. They are superbly written and acted.

The undercurrent and subtle depiction of the divide between the male and female priorities is also a fabulous aspect of the movie. What husband considers reasonable or takes for granted is a big issue for the wife, and so on. The ways they treat the kid etc. are realistically presented and without forcing it down one’s throat.

The pre-climax breakdown, therefore, strikes a chord on either side. It tells what kind of personality one is depending on whose side they feel guilty or empathy, naturally while watching.

Overall, Marriage Story is a must-watch for those who love realistically written and acted dramas. It is slow but engaging all the way. Give it a try. 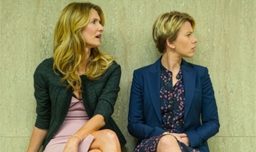 Apart from the lead pair, Marriage Story consists of a robust supporting cast even though they don’t have as much screen time as them. Laura Dern as Nicole’s Lawyer and Julie Hagerty as Nicole’s mother create an instant impression. The latter has a shorter role, but it is quite enjoyable as long as it lasts.

The other lawyers played by Ray Liotta and Alan Alda on Charlie’s side too has impressive moments. Both come for a short part but manage to create an impression. The rest of the actors, including the kid, have much smaller roles. They all do their bits and pieces parts well to fill the world.

Randy Newman’s music is subtle and complementary one to the narrative. It silently does it work without trying to be overpowering or overbearing. The cinematography by Robbie Ryan is clean. It captures the claustrophobic and chaotic atmosphere in the smoothest way possible. The editing by Jennifer Lame is sharp. It gives the narrative its free-flowing organic feel. The writing by Noah Baumbach is excellent. It makes the characters and the world come alive.