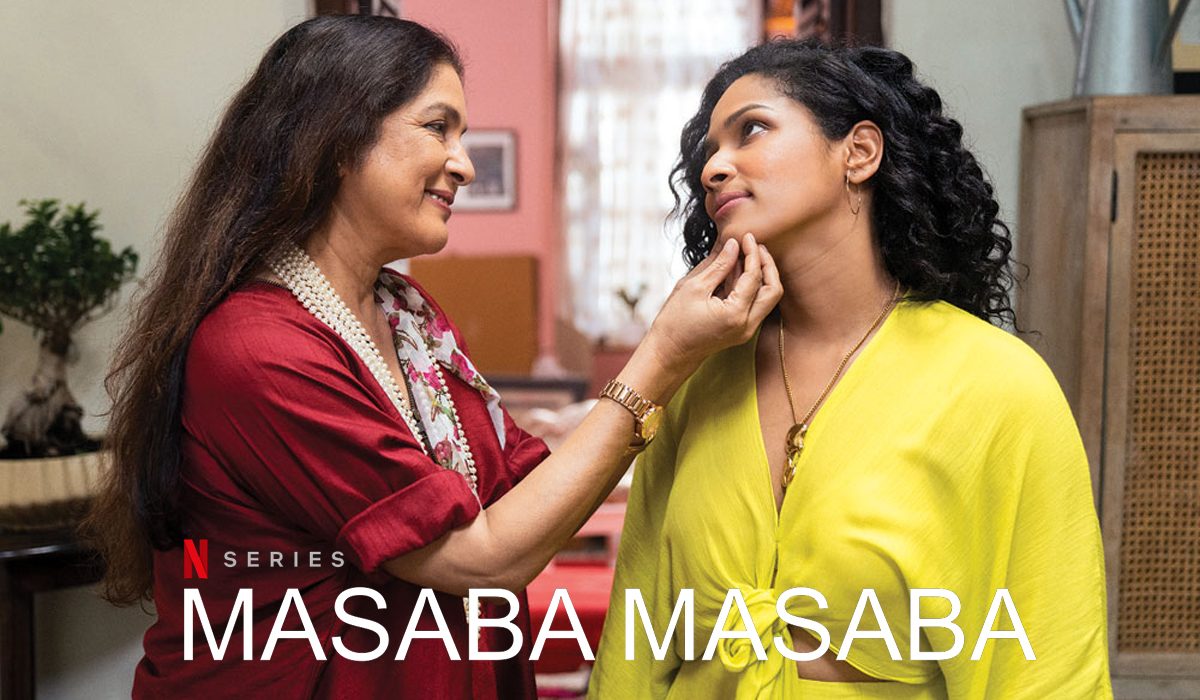 BOTTOM LINE: A Middling Coming Of Age Drama With A Fresh Real-life Twist

Masaba Masaba is a unique potpourri of real and fiction. It is based on real-life mother and daughter, Neena and Masaba Gupta. The story is about Masaba coming to terms with facing her problems and growing, in short, a coming of age drama. 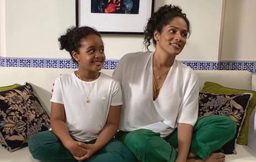 Masaba Gupta plays herself in the real-life inspired drama. There is no question of fitting the part here, as it is her. Now, it all about conveying the emotions of the characters via the expressions, and making it relatable. Masaba does an alright job with it.
More than the ‘acting’ it is the way the actual character is, that turns out to be the problem for engagement. It is a tricky situation and one that augers well for the narrative when done right. Masaba Masaba is somewhere in the middle.

Sonam Nair writes and directs Masaba Masaba. It is a simple, straightforward and predictable story even though based in real-life incidents. However, the director manages to engage with a good team effort from the cast and crew.
The setting of the movie is not new (set in a filmy and fashion world), still, a fresh vibe is felt. It is here that the positivity starts and it’s maintained that way all towards the end.
Within the first few minutes, we know that someone who is privy to lives of Gupta’s inside out or one who has been presented all the details is handling the project. It is this insiders perspective that gives Masaba Masaba it’s freshness.
The real-life punctuations in the tale are what separates Masaba Masaba from similar (and better) coming of age dramas. It is this aspect that makes it entertaining, as well. 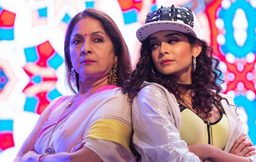 The focus on blinds, the hollowness of a star for a social cause, the Farah Khan cameo and so on based on the industry brings an insiders perspective. They add to the drama and also provide fun intermittently.
The writing and casting enhance the appeal of the narrative. The latter is especially really well done. The former gets it right in a lot of moments. The whole track of Neena Gupta leading to her getting a film and Masaba and Gia’s bonding are an example. They are well done.
However, writing somewhere loses the knockout punch. It never soars. It hovers around the decent levels with glimpses of excellence here and there.
Another significant problem is the pacing of the series. The runtime of individual episodes of Masaba Masaba is short but there is a tiring feel from time to time. The positivity and finer moments don’t lead to a robust and energetic narrative. We only get a glimpse of it, in parts.
The repetitive nature and lack of progress of the story further mar Masaba Masaba. There are parts where one could skip and move ahead. And it wouldn’t lead to any confusion. One could carry on with the proceedings.
If you had missed Gia giving an earful to Masaba, then we have the psychiatrist doing the same later. It leads to similar realizations. It leads to the thinking that if there were more episodes, there could be another one around the corner. Luckily, that is not the case.
Still, despite the problems, there is a consistent feel-good factor to the whole thing. In the end, it leaves one with a smile on the face. It is a feeble one when it could have been much more. But, in these depressing times, the little positivity also seems enough.
Overall, Masaba Masaba suffers from multiple issues, but it still manages to hold the attention and leaves us with a pleasant feeling. For this alone, it is worth a watch. But, be wary of routineness. 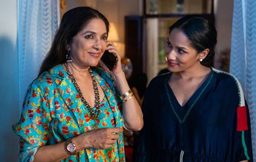 Apart from Masaba, Neena Gupta also plays herself in the series. She is fabulous. Neena is more of a supporting part in Masaba, but her presence, performance and endearing act end up being show-stealing. It also helps that it is less irritating and fun to watch part.
As mentioned earlier, the well defined supporting parts and cast is central to the whole proceedings. Despite so many characters the narrative never feels chaotic. Rytasha Rathore and Masaba Gupta share great chemistry. It makes even nothing scenes engaging. Similarly, Neil Bhoopalam, Smaran Sahu and Nayan Shukla have smaller parts. But, they all stay etched in our minds as they are perfect for their respective parts, and do it well.
The rest of the actors have done their parts well, but don’t create a similar impact. The cameos by some well-known names like Kiara Advani, Farah Khan and Gajraj Rao etc are neatly done and well placed.

The music by Somesh Saha helps maintain the urban and trendy vibe of the series. It doesn’t particularly stand out or is memorable, but is effective as long as the show lasts. The cinematography by Aditya Kapur is fine. Again, nothing unique, but it keeps the slick vibe intact. The editing by Shruti Bora is okay. Sonam Nair, Nandini Gupta and Anupama Ramachandran are writers of the series with Punya Arora providing additional screenplay and dialogue. They have all done a decent job. They elevate the routine from becoming highly generic, but couldn’t take it to the next level, though.