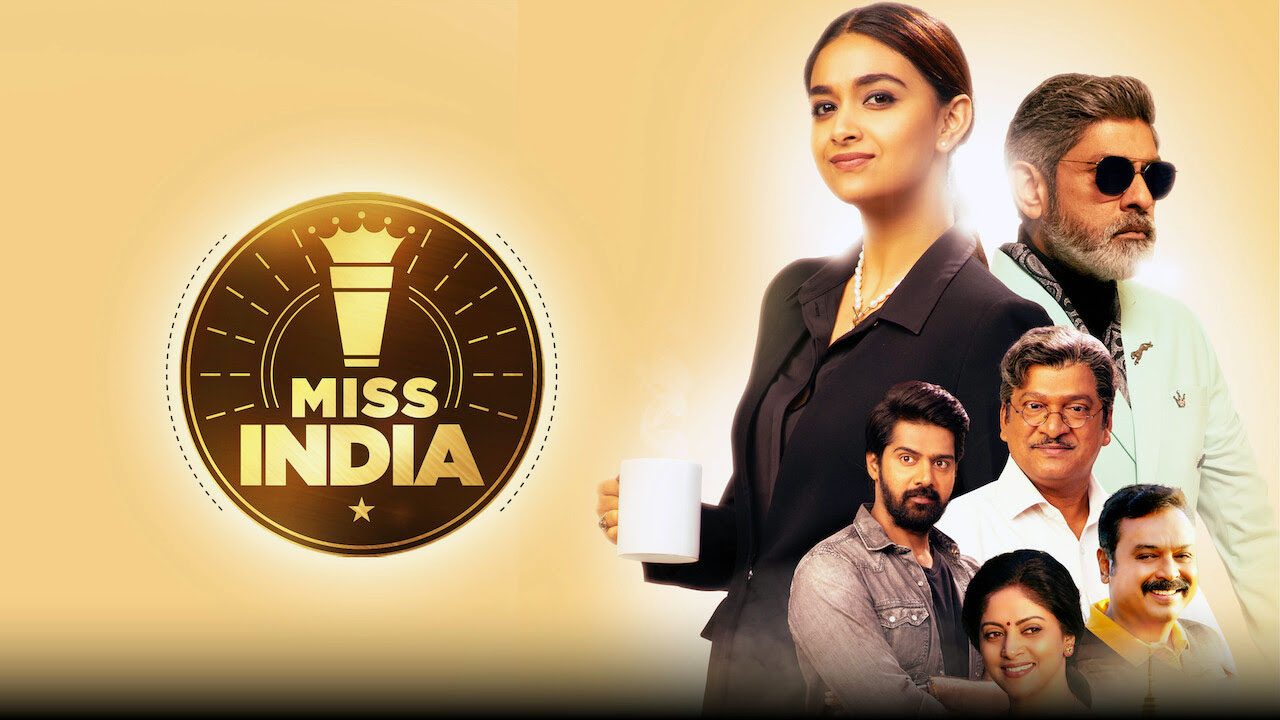 Manasa Samyuktha, the youngest among the three siblings of a middle-class family, is clear about her future right before her teenage years. When a relative advises her to a content housewife, she even tells him, ‘I want to be a woman of substance, do my MBA and be a businesswoman’. Her grandfather, an ayurvedic doctor, is the guiding light of her life and makes a unique chai that works like a panacea for all ills. When Samyuktha is on course to fulfil her ambitions, her family is forced to move to the US. After finishing her MBA, she opens a chai outlet Miss India and pitches herself against a well-known coffee brand KSK owned by a business honcho Kailash Shiva Kumar. It isn’t only a battle of the sexes, but a tussle between good and evil, between chai and coffee. What’s in store for Samyuktha? 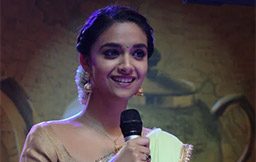 Keerthy Suresh looks her ravishing best in a film that gives her all the license to flaunt her fashion sense in a variety of attires. One wouldn’t have minded if the film was about a beauty pageant too. She tries hard to make a meal of an ambitious character, but it’s written and executed so amateurishly that all her efforts are watered down in one stroke. Jagapathi Babu is the stereotypical villain in the garb of a businessman and has nothing new to offer in terms of his performance. Solid supporting actors including Nadhiya, Naresh, Rajendra Prasad are wasted. Naveen Chandra. despite the poorly-etched role, is good while he lasts.

It’s been ages since one came across a self-assured female character like Manasa Samyuktha (played by Keerthy Suresh) in Telugu cinema – she has an identity of her own, doesn’t mince words, chooses ambition over love and even accuses her mom of being patriarchal when advised to choose a secure married life over entrepreneurship. Even when a love interest gives an offer to take over his father’s business, she bluntly ignores it and prefers to build a brand on her merit. The film is an ode to her never-say-die spirit, how it helps her triumph over all odds, in a massy, larger-than-life exterior. At least, this is what they must have ideated the film to be on paper.

Miss India is a film where an entire middle-class family shifts to the US when a barely 25-year-old graduate gets a job in a company that’s supposedly impressed by his robotic models. The family is so ‘middle-class’ that the money he earns is enough to feed a family of four and even good enough for the graduate’s sister to pursue her MBA in the University of San Francisco.  One of the girl’s classmates in the business school aspires to be a reporter in the BBC. Yes, you heard it right. The USA is a nation that doesn’t even know what’s tea. Miss India, the film is meant for you, if any/all of this makes sense.

Miss India is a film where a business tycoon with decades of experience has the time to devise an evil strategy to bring down a barely two-month-old startup. A startup founder has the gall to say an investor, ‘dabbulu ready cheskondi’ (keep the money ready). Random fluffy quotes – like ‘I’m born to do business’, ‘Business is not a monopoly… It’s a birthright..’, ‘Awake arise and stop not until the goal is reached’ and ‘If You Don’t Build Your Dream, Someone Will Hire You to Help Build Theirs’ – fill the spots where proper conversations are expected to happen. Several locations in Spain are passed off as California. 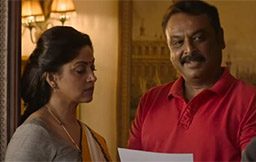 Miss India almost suggests chai to be a symbol of India, but did it forget that a state like Tamil Nadu is more famous for its filter coffee over tea? The film has an extremely ambitious premise and boasts of all the trappings of a regular masala fare but the writing is painfully illogical and shallow. There’s heroism but the struggles are superficial. It’s as if the world but for the lead character is a blur. It tries to make up for all its pitfalls with style, hype, dull dialogue-baazi and gloss. All it would have taken the first time director Narendranath is some homework to give some purpose to a supposedly-progressive popcorn entertainer. All we get is a beautifully decorated popcorn tub without the popcorn. 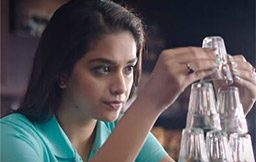 Thaman’s showy background score is more like a desperate tool to elevate a narrative that doesn’t have any depth at all. The composer leaves no stone unturned to enhance the impact of the pale sequences – alas, it’s for a lost cause. Sujith Vaassudev’s cinematography gives a lavish, flamboyant exterior to the film and some of his frames do convey the joy of sipping a chai much effectively than the lengthy monologues of the characters. The dialogues are a disgrace; they lack any originality and sound more like the annoying Whatsapp forwards. 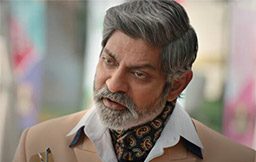