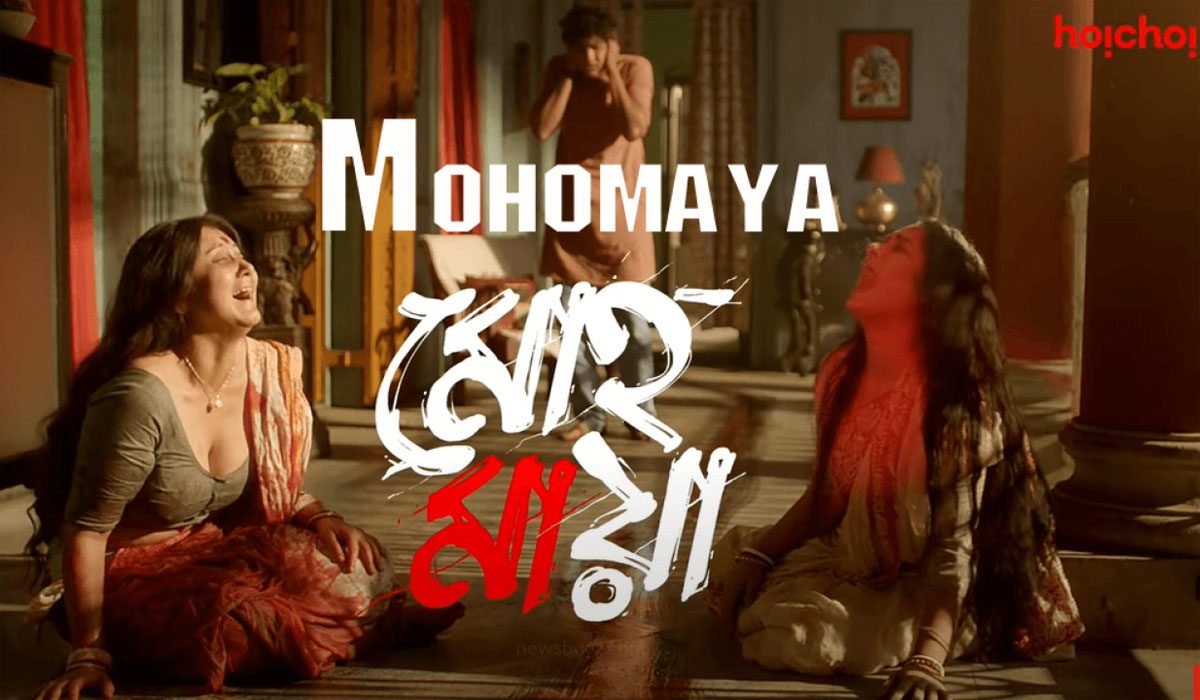 Suranjan and Aruna are parents to three youngsters – Miki, Mithi and Mimo – in a middle-class, conservative Bengali household. Aruna’s overly possessive of her kids and is repulsed by the presence of romantic interests in their lives. As Miki leaves for Canada in pursuit of greener pastures, his childhood friend Rishi enters his household as a paying guest. Despite her initial disinterest, Aruna gradually grows fond of Rishi and treats him like family. The entry of Rishi coincides with a series of eerie incidents in the household – a cat’s mysteriously killed, Mithi suffers serious injuries as she falls off the stairs. Suranjan remains suspicious of Rishi and his past and so does Baishali, Miki’s girlfriend.

Swastika Mukherjee is the most exciting performer in the show without any second thought. She switches between the contrasting, complex emotions of a strange middle-class mother with sparkling ease and adds a delicious element of mystery to her performance. Ananya Chatterjee gives an edge to the proceedings and makes the viewer empathise with her portrayal of a victim of domestic abuse.

Newcomer Bipul Patra is promising as Rishi, though his characterisation leaves a lot to be desired. Sujan Mukherjee fits the part of a suspicious father to perfection. The child actor Ankit Majumder is a wonderful find and extremely spontaneous in a role that’s probably too dark for his age. The supporting cast lends able support to the lead performers.

Three years into the advent of the digital medium, nothing has fascinated Indian content creators as much as the stories about deranged minds, their abusive childhoods and creepy sex lives. Mohomaya makes us wonder if there’s anything more to creative freedom beyond graphic sexual activity, infidelity and gore? This show could’ve been an arresting exploration of abnormal childhood if not for its obsession to romanticise the actions of its creepy protagonist at every step. The treatment is largely insensitive, tone-deaf and the screenplay, repetitive.

Mohomaya is about Rishi, a college-going youngster whose troubled childhood scars his mind beyond imagination. The images of his father’s wild sexual encounters and the sounds of his mother groaning in pain haunt him throughout his life and force him to mature rather unusually. The show fails to realise the thin line between matter-of-fact presentation and glorification. It leaves nothing to your imagination and indulgently uses graphic imagery that repulses you more than it engages.

The narrative is purposely stretched to milk the visceral thrill in this premise and it only goes downhill with time. The regular conversations between Rishi and her dead mother are irritating to watch and are a vain attempt to lend basis to the former’s actions. The obsessive behaviour of the middle-class mother Aruna leaves you dumbfounded – she purposely distances her son from his love interest, worried that she wouldn’t be able to spend enough time with him. Her initial apprehension about the son’s classmate Rishi (as the paying guest) transitions into parental affection out of nowhere.

The absence of any communication between the sons and the family is puzzling, especially when the sister is bedridden for months after a bad fall from the stairs.  The setup is so conservative and eccentric. The show, mildly salvaged by its performances, lacks any purpose at all – it’s creepy, neither offers an insight into a larger reality of the society nor has any scope to entertain. The worst part? The second season is due to arrive in three months.

Amit-Ishan’s mellifluous music is easily the best part about Mohomaya; the songs beautifully reflect the melancholy integral to the plot and strikes a chord. Sahana Dutta’s story lacks meat and a strong basis – the characterisations are vague and the absence of a strong subplot hurts its prospects. There are pointless jump scares, too many creative liberties and several sequences overstate the obvious. Tanmoy Chakraborty’s production design is an asset to the show, especially through his animalistic motifs/props, though it’s for a lost cause. Tuban’s cinematography is too blunt, on-the-face and lacks finesse.

No realism in the execution