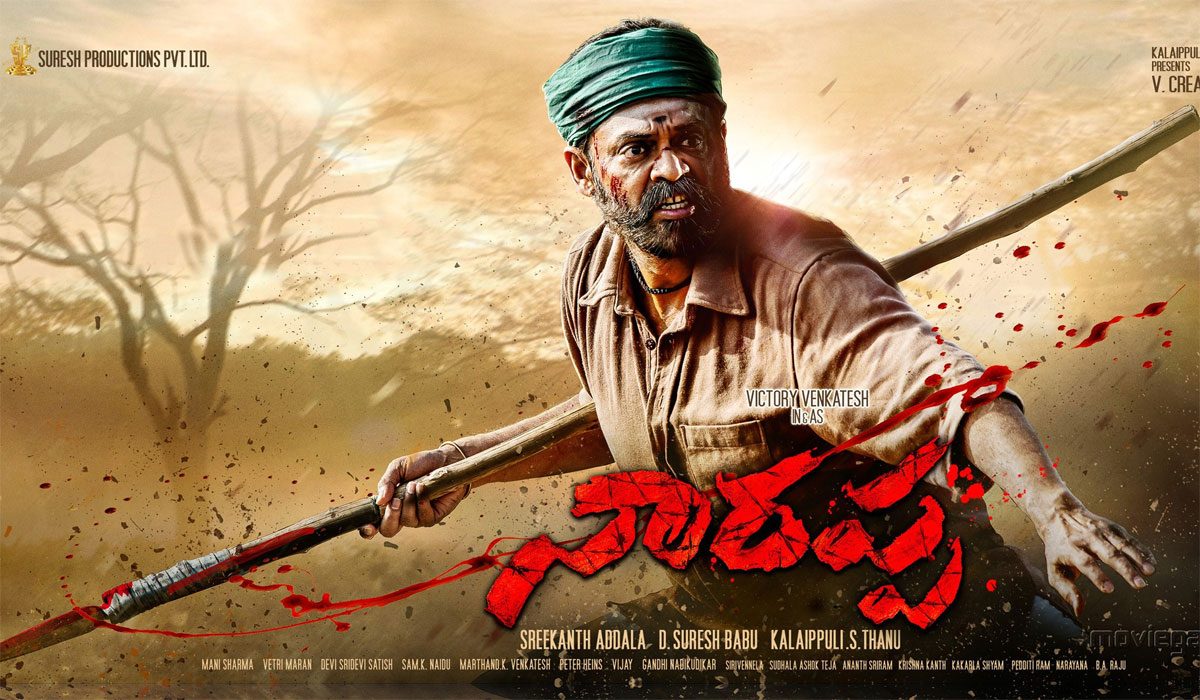 Narappa (Venkatesh) and his younger son, Sinappa are on a run after the latter kills an upper-caste landlord as revenge for his brother’s murder. Narappa tries to run away from the circumstances only to save his family when they do not seem to be giving up, he decides to go to any extent.

Venkatesh has come up with a career-best performance, especially in the old-aged character. There is another young character on which everyone is skeptical but it passes off neatly as the director showcases the character in middle-age. While the old character is the major highlight, the young character is sufficient.

Venkatesh has excelled as a protective father. He breathed life into the character and that is evident from the intensity in his face in the closeup shots both in emotional sequences and fights. Those who watched the original may feel Dhanush is more agile but that may be because of the age factor being in his favor. Venkatesh excelled in the film in his own style.

The agony after Muni Kanna’s passing and the anger in his eyes in the three major fights indicate how Venkatesh got into the skin of the character. It is a treat to watch him in complete glory in an intense character. The Rayalaseema slang is also good. 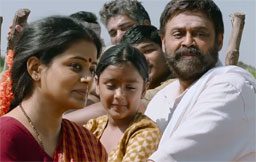 Narappa is a frame-to-frame remake of Asuran. Just like the original, the remake is all about intense performances and heart-touching emotions. The movie starts a bit slow where we see Venkatesh underperforming. We see Karthik Ratnam taking the center stage at that point. The buildup to the actual story is a bit slow but things pick up after Muni Kanna’s death.

The action sequence that leads to the interval is the major highlight. The sand fight combined with Venkatesh’s rampage alongside a terrific background score is a perfect way to end the decent first half.

The second half is the heart of the movie. It starts with the flashback episode which takes its time but picks up the tempo once the discrimination part sets in. The fight after the massacre of Narappa’s family is another highlight. The family drama that follows in the present time will impress and the climax fight is again magic re-created. Venkatesh’s expressions and intensity in the three major fights were testimony of his acting prowess.

The movie ends up on a neat note with that dialogue about the importance of education. Usually, Directors walk away with very little credit for the remake projects. There is also the danger of the entire film slipping very easily due to simple issues. But Srikanth Addala should be commended for recreating the magic of the original. It is not easy to impress the audience by doing a proven film once again.    We may feel it is meek on the part of the makers to call it a family feud but the idea is not to say it on the face but allows the audience to understand. They have succeeded in both aspects. Finally, Narappa is a faithful remake of Asuran. It is one of the rare times when the magic of the original is recreated in a remake. Venkatesh’s career-best performance makes it more special. 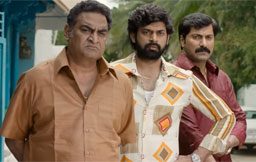 After Venkatesh, Karthik Rathnam who played Munikanna is the major highlight of the film. He excelled in the role of a hot-blooded youngster. Priyamani is good as a courageous woman and dotting mother. Her dubbing felt odd at times and it also worked at some other places.

Rakhi who played Sinappa is okay. Rajeev Kanakala gets a crucial role and he is good. Ammu Abhirami comes in the flashback and does the job. We get a feeling that there is not much for Rao Ramesh, Nassar, and Brahmaji but they are fine as per the character demand. The Villain gang does what is expected of them.

Music plays an important role for Narappa which is all about strong emotion. If it is about Narappa being keen on protecting his family or when he is going to any extent to save them, we feel emotions overflowing and an appealing background score is very much needed. Some of the scores from the Original are reused and Mani Sharma did a good job with the recent. The Narakara song which is used in the fights comes as very effective. In the songs, except for the one love song in the flashback, all of them work with the proceedings.

The camera work is fine and suits the mood of the countryside drama. The locations chosen give the much-needed rustic feel. The dialogues are well-written and straight to the point.  The editing has been adequate and so are the production values as per the story. 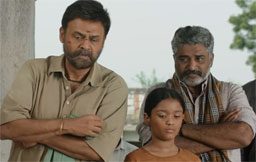 A bit of lag in both the parts

Initial parts of the Flashback