Home Reviews Postman Review -This Man Is Not Worth Your Time
Binged Rating3.5/10 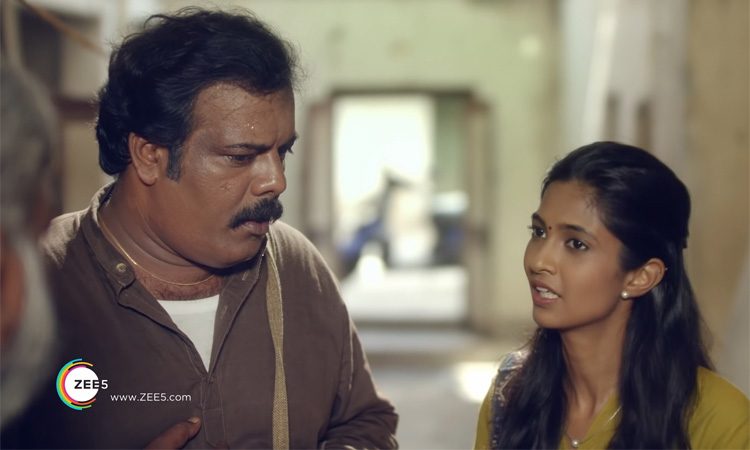 BOTTOM LINE: This Man Is Not Worth Your Time

Raja is a postman, most importantly a Rajini fan (in the context of the series), who slips into coma on the release day of Baasha, owing to a car accident as he returns to his house. The undelivered letters for the day would go onto alter the lives of its several potential recipients, we realise later. Meanwhile, it takes 23 years for Raja to attain consciousness and his daughter is now a 20s girl. As a means to avoid the regret of not delivering the letters on the day he met with an accident 23 years ago, Raja and his daughter knocking doors of each of the addresses mentioned in the letters. This would eventually change their life forever.

Munishkanth is an unworthy choice for a lead protagonist, no two things about it. It’s clear that he struggles to hold the fort with his mannerisms, limited expressional range, and acting abilities. All his attempts to generate humour, which are generally his forte, shockingly fall flat. Although he could be a handy supporting actor in regular movies, doing a full-fledged role in a series while flaunting his pot-bellied avatar is not the stuff he should subject crowds to. His camaraderie with his on-screen daughter Keerthi Pandian doesn’t appear genuine at all. Wish the makers had put in more effort to include Rajini-like mannerisms to his character and made him more colourful and entertaining. 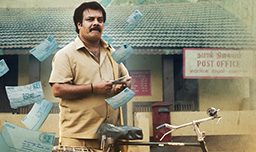 As a one-liner, the premise of Postman gets us so excited that we can never possibly imagine it would shape up so uninterestingly like it ultimately did. This could have been the perfect tribute for a Rajini fan while making his dialogues, mannerisms and references an integral part of the story. While the series intriguingly starts with his film Baasha, talks about Chandramukhi and also the scene where the lead character recovers from his illness on the day of Rajinikanth’s political entry, these are mere flashes of Rajini thrown into the narrative that don’t make any difference to the proceedings. Neither does the director properly focus on the Rajini aspect nor the actual plot of a postman delivering letters to his recipients 23 years after the original date (when he was supposed to deliver).

The series involves several sub-plots that discuss love, longing, friendship, motherhood, parenthood, Indian independence among many. Most of the situations in these threads aren’t written with any sincerity or conviction – the acting, the backdrop, and the writing never let us empathise with the spectrum of characters we get to witness. A dad suffering from leprosy wanting to meet his son one last time, a mother receiving a note about his son’s alleged suicide, a scientist who loses his mind after being alienated from his family and friends who are separated during the freedom struggle- there are so many potential opportunities that the director gets to prove his worth and he squanders each-and-every such chance.

Essentially the writers should have minimised the ‘n’ number of sub-plots in the series and rather diverted their energies on a couple of the stronger sub-plots, in elaborate detail. As of now, there’s too much happening in the series and less about it actually makes an impact. Ten-episodes is definitely not the length that Postman deserved and the ending about the backstory behind the lead character’s adopted daughter is the final nail in the coffin. Miscast actors, poor writing, incapable director and we’re definitely not staring at a series that’s worth our time.

Keerthi Pandian is the only other lead actor apart from Munishkanth to have gotten some scope to perform in the series. Although she makes a genuine effort, it is fair to say that the actor has a long way to go in terms of depicting on-screen charm and spontaneity. She oversells her part in many situations. Never does Keerthi manage to sincerely internalise the role. Several other actors play small parts in the multiple subplots and given the poor writing, there’s only so much they can to do rise above the amateurishness presented to them. 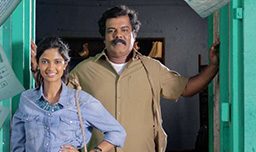 The music (credited to V2) does little to change the direction of the series and has an air of a regular television serial. The cinematography is not quite the best and imaginative, it’s very apparent that the makers had to shoot with a shoe-string budget to wrap the series. The writing is terrible, to say the least, and it’s a pity that the intriguing premise goes wasted across ten episodes. The editing by Manivathan could have been sharper.