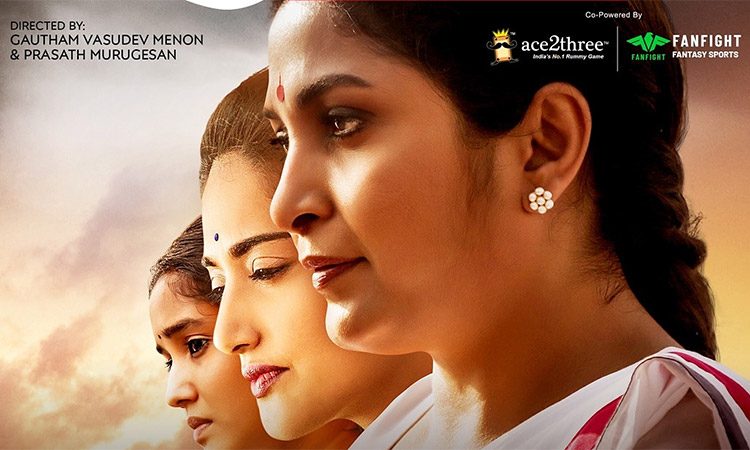 BOTTOM LINE: A Fascinating Journey of a Resilient Woman Who Defied All Norms

Queen is a monumental attempt at exploring the formative years of a path-breaking actor-politician. This semi-fictional interpretation to Jayalalithaa’s life, set between the 60s and the 80s in a rapidly changing Tamil Nadu, takes the viewer through the turbulent childhood of Shakti Seshadri, how she tackled the vagaries of life with a strength only unique to her. Most characters based on real-life figures have been smartly tweaked to ensure the right balance between familiarity and anonymity.

From being a girl who is thrown into a profession she loathes to dealing with a strained relationship with her mother Ranganayaki, her varying equation with a matinee idol GMR and being let down by a Telugu director Chaitanya Reddy, adversities knock her doorstep at every phase in life. And when pushed and cornered, she’s only destined to rise like a phoenix. 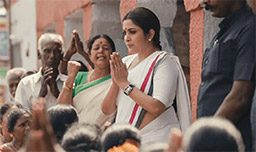 Ramya Krishnan is unsurprisingly the emotional anchor of the series. Her performance has all the sense of calm, grace, wisdom and strength we would notice in a woman who understood the unpredictability of life at a very young age and tackled it in a way only she knows to. Because she portrays Shakti in her mid-30s and early 40s, we get to see a subtle, measured side to Ramya Krishnan. As an actress in real life who also was pushed into the acting profession in her mid-teenage years, the series extracts a performance that feels autobiographical to an extent.

Anjana Jayaprakash as a younger version of the character is every bit the character demands. She has the spunk of Jayalalithaa in her 20s, her radiance shows in her portrayal. As a young woman yearning for simple pleasures and regular family life, her reactions to her conflicts with the beloved are among the most impactful portions of the series. Though she isn’t as effortless a performer as Ramya Krishnan, she stays true to the essence of the character.

Anikha Surendran, the Yennai Arindhaal, Viswasam child actor, is another performer who brims with immense potential as long as she lasts on the screen as the teenager Shakti. She sports a fearlessness in her eyes and as someone who speaks her heart regardless of what surrounds her, the foundation to the later years of Jayalalithaa is laid so smoothly with her act.

Indrajith Sukumaran in a character modelled on actor-politician M G R has the charm of a star who could be the heartthrob of millions. He looks more a Mohan Lal than an M G R but his performance is too rehearsed, one-dimensional to make much impact. Veteran actress Thulasi is among the unsung heroes of the series and as the protagonist’s mother in her later years, she brings so much to underline the essence of motherhood in her part.

Sonia Agarwal shines during her brief act (as the young mother), and so does Viji Chandrasekhar in a minimal but powerful role. Lilette Dubey brings suaveness and style to her interviewing in the series, while Vamsi Krishna as Chaitanya Reddy isn’t exactly memorable. The supporting actors, including the characters based on Sasikala, MGR’s secretary, Jayalalithaa’s driver-turned-aide are aptly cast. 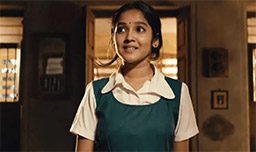 ‘You can even escape your enemy but not your childhood’ is one among the better lines that emerged out of a Bollywood commercial potboiler (War) this year and surprisingly, this is proven true in a series that has no relation with the film. Queen is born out of an attempt to understand the source where its female protagonist draws her strength from. It’s an intimate portrait of a journey that’s truly worthy of a cinematic interpretation for the sheer drama and the conflict it possesses.

As an interviewer in the series (a character modelled on Simi Garewal) rightly points out, Shakti Seshadri’s (a.l.a Jayalalithaa) journey is truly larger than life and Queen is the closest that an Indian project can get in understanding the mind of a resilient woman. An interview is used as a hook for the narrative to look back at an eventful life but the tone of the series is quite heavy to take off.

The childhood years that trace the academic excellence of Shakti and her subsequent entry into films portray a stiff version of her. The child is determined yes, but is too single-minded and focused for her age. The portrayal feels too heavy, ‘epic’ and unlikely to come across as the protagonist’s childhood, but the series ages better with time. The astute writing by Reshma Ghatala digs deep into every corner of a woman’s mind. We are a witness to how the assertive side to a woman takes over her tenderness.

The best portions of the series are reserved for its later episodes. That’s also probably to show the coming-of-age of the protagonist. However, the makers Prasad Murugesan and Gautham Menon adopt an overtly leisured approach in building the crucial moments in the early years of Shakti’s life. The seamless flow that one usually associates with Gautham Menon’s works and the characters in his films isn’t quite present here. The characters that appear antagonised in the initial episodes appear more well-rounded in the later ones. The gradual transformation of Shakti’s relationship with her mother is also a delight to watch.

The semi-fictional route that the series takes isn’t always convincing though – especially with the realism it tries to bring with the character of a film superstar GMR and the fictional liberty it takes with a part like a Telugu director Chaitanya Reddy (a person in most probability who didn’t exist in Jayalalithaa’s life). But, when treated as a standalone material beyond all the real-life comparisons (just like Mahanati), Queen is an intriguing emotional roller-coaster. The pulpy drama in portions that justify Shakti’s rise as a politician is among the best we’ve seen in an Indian series for long now.

The series in many ways is about the central character coming to terms with not having a life she had once hoped for and not being regretful about it – minus a regular family life where she could feel secure, a man who truly loved her for what she was and a friend whom she could address as a ‘sister for life’. The psychological understanding of the genders, relationships contributes so much to the storytelling. There are so many poignant conversations, sometimes very abstract ones, that the interviewer and Shakti have, those which we wish could have lasted longer.

Somehow, Shakti in Queen reminds us of the central protagonist in Netflix’s series The Crown as well. Their journeys in many ways are similar – they are lonely souls at heart, don’t get the normal life they strived for but end up being great in arenas they supposedly disliked. However, it’s not to belittle the efforts of Queen. It has screenwriting that could be treasured for the ages and that’s quite an achievement in an era where digital content only serves the purpose of instant gratification.

Darbuka Siva, through his music, rings in a universal appeal to an extremely rooted series with its western classical music-undertones. The efforts in recreating the periodic setting reflect in the narrative and the series brilliantly uses nature as a visual metaphor to discuss the highs and lows of life. The dialogues bear a healthy mix of English and Tamil, but the usage of English is rather overemphasised in the series. The wit and the charisma that Jayalalithaa had in her Tamil speeches deserved a better mention too. 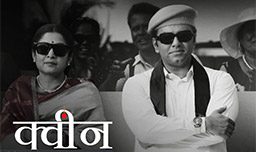