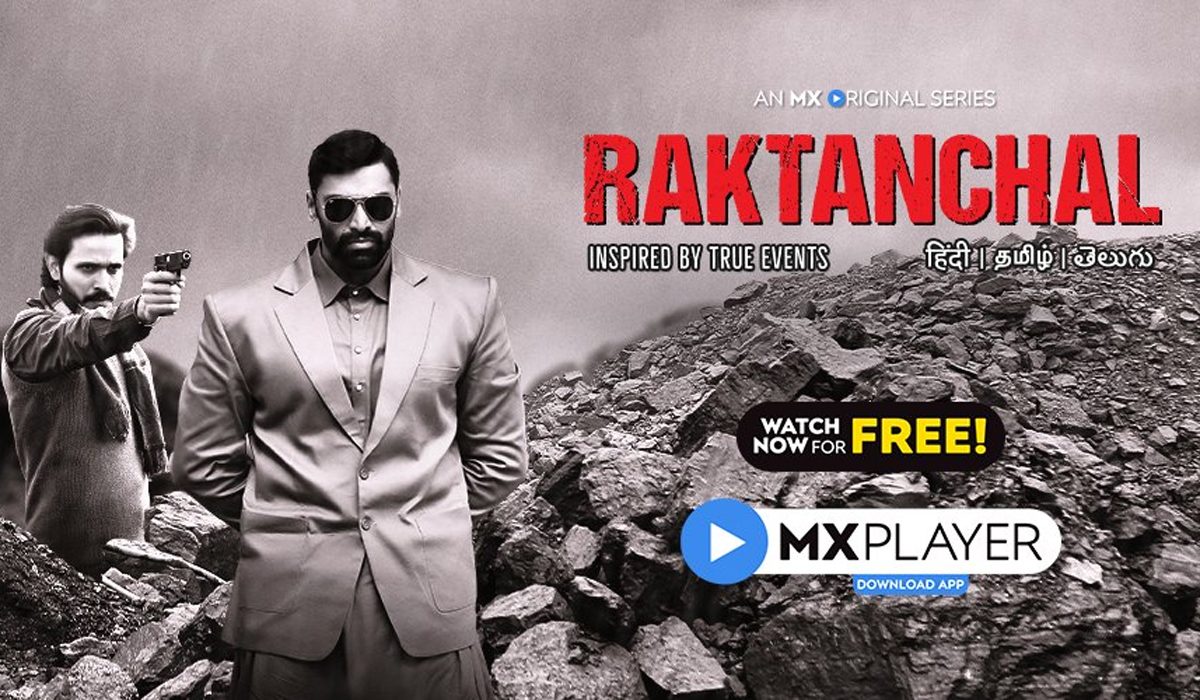 Skin and Swear: Contains Some Skin-Show and Instances of Strong Language

In a war-torn land Ghazipur, Vijay Singh is any other well-educated youngster aiming to lead a secure life as per the wishes of his parents. However, the gruesome murder of his father by the henchmen of the big-time gangster Waseem bhai (in relation with an illegal-land mining issue) unleashes the wild beast in him. Vijay, in a bid to avenge his father’s death, makes every effort to be the alternative power-centre in a town with the help of his loyalists. Vijay and local politician Saahib Singh join hands to upstage Waseem’s political guru Pujari Singh in the upcoming elections. Thanks to political trickery and manipulation, the battle between Waseem and Vijay only gets murkier by the day. 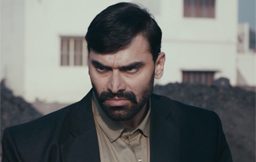 Kranti Prakash Jha is a poor choice to play Vijay Singh – the actor’s expressions are hurried, he barely presents the emotional depth and the vulnerability of a man who’s wronged and is seeking vengeance. Nikitin Dheer’s personality is a huge advantage when he plays an apparent antagonist. He brings out the monster in him in the need of the hour and excels at dialogue delivery. Ronjini Chakraborthy is promising despite being saddled with a poorly written role. The supporting cast fit well for their parts, be it Krishna Bisht, Pramod Pathak or Daya Shankar Pandey. Raktanchal Web Series Review

Rustic gangster dramas are the toast of the season across streaming platforms and it’s not hard to imagine why. The visual backdrop is fresh, there are many real-life incidents to lend vigour to the material and it also gives license to the filmmaker to explore raw emotions of several quirky characters amid a vicious setup. However, Raktanchal is testimony to the fact that the formula isn’t always foolproof and that one still requires smart writing and reimagination of the real-life material to ensure a gritty show. The generic revenge drama is a bag of clichés that milks every done-to-death- trope in the genre with little effect.

The show positions Vijay as a gangster with a conscience, a messiah for the helpless despite his notoriousness. In his quest for vengeance and to jeopardise Waseem’s life, it presents him as a man who loses sight of his identity. Waseem, on the other end, is no saint, trying to get back at Vijay with every opportunity.  The see-saw between Vijay and Waseem and the price that the former has to pay to fulfil his aims forms the crux of Raktanchal. But everything in the show, though well-filmed, feels downright predictable – the repetitive pattern in the killings, the pointless attempts to wield power and the traps that the gangsters plot to downgrade each other are juvenile. There’s no mind game involved in the action segments, the emotion is absent and there’s nothing to look forward to, given the obviousness. 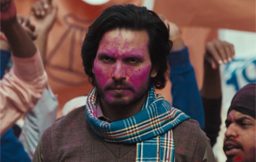 The director gets a few finer details right and he seems to have a fair understanding of how politics works on a ground level. The character establishments are neat, there’s appealing old-school masala backed by attractive dialogue-baazi. There’s a genuine effort to tell the story with a visual flair. The storyteller could have ideally worked more on making the 80s backdrop relevant to this generation.  And, like the many films of the 80s, the girl is mostly reduced as a sex-object, honey trapping one man after the other or either being the one who indulges in heavyweight melodrama. It’s strikingly apparent that the women don’t have a great role to play in this universe.

The inter-human relationships in the show are a major drawback – the bonhomie and the antagonism between the characters are extremely fragile. The final episode is a damp squib. It’s natural for the viewer to assume that the tension between Waseem and Vijay has reached its peak in the finale and that it would lead to an explosive confrontation. However, the simplistic finish only adds more insult to injury. Raktanchal is hardly affecting as a show – the writing is dull, the acting is mediocre, there’s no genuine drama, the action is yawn-inducing and it doesn’t care to explore various layers of the human psyche. 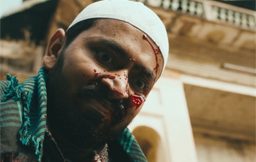 Interestingly, the filmmaker has opted for a flurry of original tracks for the show. Though a few numbers are hummable, not all of them work well for the situation – especially the item numbers which appear an excuse to include the naach-gaana routine with some skin show. Vijay Mishra’s cinematography is excellent and is the best technical contribution that lends some amount of respectability to the show. He’s ensures that the visuals add another layer to the storytelling and reflect a deeper meaning in the context of the show. The narrative could have been more smartly structured – it’s too plain and straightforward to evince interest. The dialogues are surprisingly flavourful and witty, though the situations more or less lack a strong purpose. 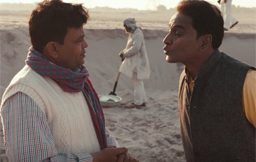