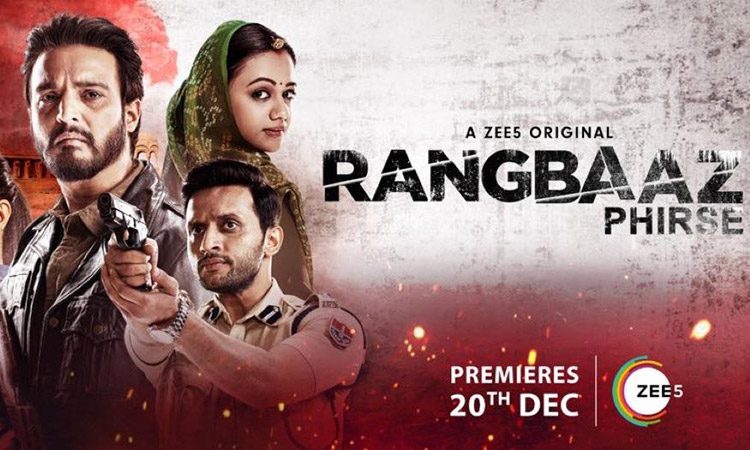 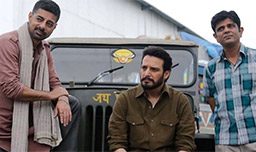 A gangster drama set amid a rustic backdrop in the Northern Indian belt, rooted in a casteist conflict, isn’t an alien territory to Hindi-speaking spectators. Rangbaaz Phirse is a part biopic, part fictional take on the life of a Rajasthan-based gangster Amarpal Singh (name changed), who falls prey to the petty intentions and political agendas of his near and dear. Amarpal is honey-trapped into the world of crime and politics to subsequently become one of the most feared personalities in his State, while his beloved pay a heavy price for it. Revenge, passion, blood, gore, friendship and betrayal, this dramatic tale has it all. 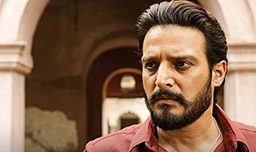 Jimmy Shergill needed more energy and a sense of aura to play Amarpal Singh. While his acting credentials, his ability to get into the skin of the role with the lingo and to embody its body language are impressive, a larger than life touch to the portrayal of the gangster could have gone a long way in enhancing the impact of his performance. Sushant Singh is a natural fit in the gangster space, he has on-screen ease being in the shoes of a confidante to the protagonist and presenting his softer shades as well.

Spruha Joshi is a welcome surprise in the series. Though her character has little to do in terms of altering the direction of the show, she brings a lot of authenticity in the little gestures, innocent expressions and gives her path that inner strength and authority in crucial sequences. Zeeshan Ayyub is a show-stealer as a cop. Not often does he get roles where he’s more than a sidekick to the hero and Zeeshan doesn’t miss the opportunity to present his tough and shrewd side with elan. Gul Panag and Sharad Kelkar are impressive casting choices, who justify their inclusion with their sharp performances. The other supporting actors Harsh Chhaya, Sonam Arora get a decent scope to show their worth too. 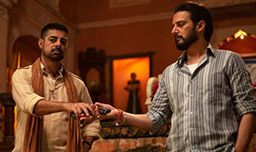 Rangbaaz Phirse is a compelling adaptation of a real-life gangster’s story and is a strong testimony to discuss the power of the digital medium as a storytelling tool. The nine episodes (spanning 40 minutes each approximately) chart the dramatic rise-fall-rise trajectory of its protagonist in impressive detail, offering a ringside view into the world of a gangster, who didn’t intend to take the uncouth path to fame.

Reality can be stranger than fiction and it’s not surprising why the makers chose this gangster’s story for a web show. The timing of the series feels opportunistic in an age where communal tensions are flaring up by the day. And the fact that the narrative treats its perilous protagonist as a victim of circumstances, partly glorifies and empathises with him, appears counterproductive in the larger context.

The drama takes a lot of time to be at its juicy best, but the reason why we forget all its follies during the viewing experience is the ability of the director to shape the show like an eventful journey. He’s effective in making a spectator relate to the primary character Amarpal Singh for the most part (or at least in the initial stages). The writers stick to the real story of the gangster mostly and it’s amazing to notice how it bears all tropes you expect from Shakespearean drama.

What adds more bite to the Rajput versus Jatt caste conflict is the fact that a Jatt, Jairam Godara is a loyalist of the protagonist (who is a Rajput). There’s a superb ‘Et tu Brute’ moment a.l.a Julius Caesar, where Jairam’s disappointment (enacted by Sushant Singh) comes through his eyes sans any dialogue. Amarpal’s conflict with his daughter is another layer in the narrative that carries an impressive emotional charge. His wife’s unconditional support (even when she realises that her husband is attached emotionally to another woman) is portrayed with a sincerity that’s hard to miss.

The series also holds a mirror to the dirty ways that politicians employ to rise through the ranks in their parties and how cops and gangsters become mere pawns in their hands with little or no voice of their own. Yet, the beauty of the show lies in its little-nothing conversations that Amarpal and his confidantes have. That’s where the director is successful in presenting us Amarpal, the person beyond his lifestyle as a gangster.

However, the convenient antagonising of Raja Phogat plays spoilsport. An element of neutrality in the presentation, more vigour and sparkle in the performances and better twists and turns in the storytelling could have made Rangbaaz Phirse a more memorable show. The non-linear narrative isn’t the easiest of formats to digest the complex story and robs the show of its emotional connect at times. 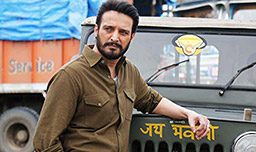 The title song of the series is indeed energising and it’s perhaps this energy that the storytelling needed more too. That the show was shot mostly in the interiors of North India has ensured it the right visual backdrop, ringing enough authenticity to the story. The dialogues are precise, sparkling and uncinematic at the same time and the rustic flavour is as effective as it can get. The writing is impressive but unfortunately takes a stance. In a series that’s a lot about morality and correctness, an open-ended narrative would have been the need of the hour.