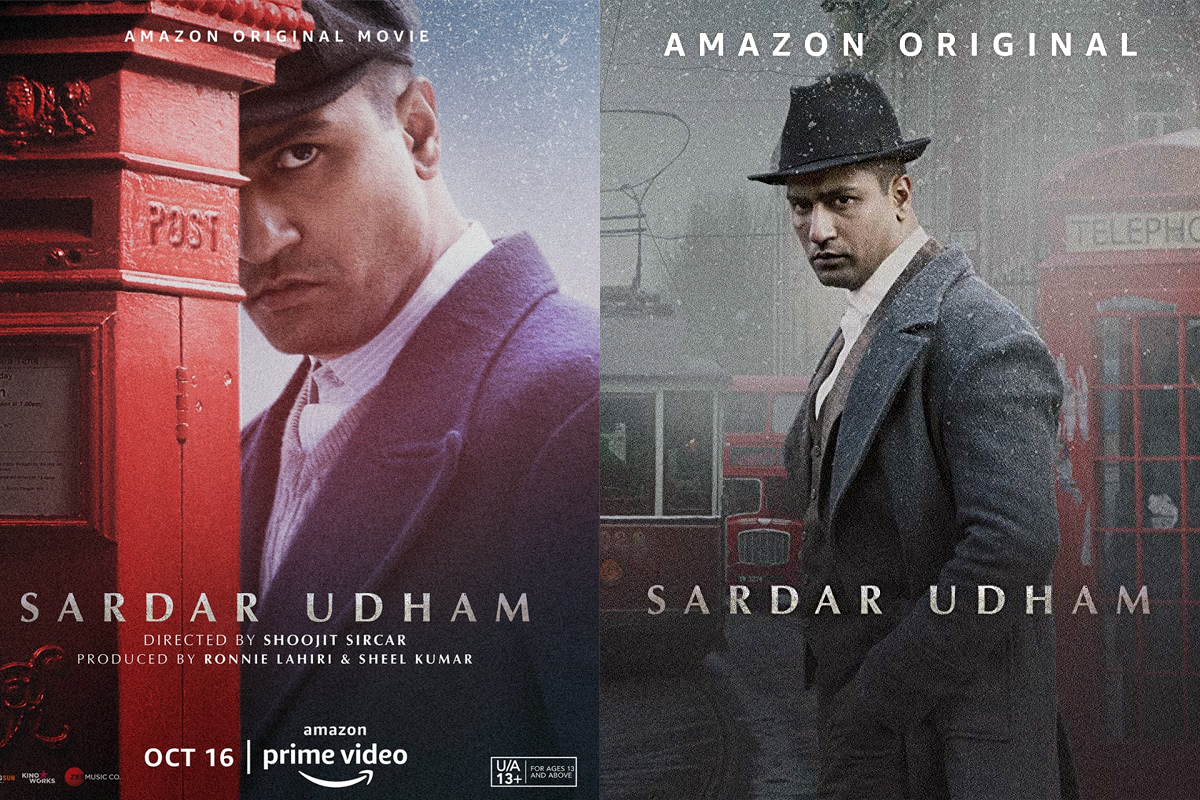 Sardar Udham tracks the journey of the revolutionary who shot Michael O’dwyer. The latter was responsible for giving official orders for the Jallianwala Bagh massacre in India. It is one of the darkest chapters in India’s pre-Independence history.

How Udham Singh managed to achieve the impossible by coming to London? What made him take up the arms in the first place is what the movie’s story focuses on.

Vicky Kaushal is the heart and soul of Sardar Udham. He has given it all to the role, which offers him ample scope to show his dramatic skills. The pain in his eyes is palpable when he recollects the injustice meted out to Indian’s in India by the British. Similarly, anger and aggression are naturally portrayed.

Sardar Udham is the second film of director Shoojit Sircar which takes the OTT route. His previous movie Gulabo Sitabo was one of India’s earliest biggies to opt for an OTT release.

Sardar Udham is a biopic based on the namesake revolutionary. The movie tracks his journey as a youngster to the rebel he finally becomes.

The narrative can be broadly categorised into three segments, although there is no differentiation from the makers. The first half an hour is the execution. It shows the struggle of Udham Singh to reach London and then proceeds to the fateful day of the assassination. It makes one wonder what else is there in the movie?

That’s when the second segment begins. It is the lengthiest one, focusing on how Udham Singh achieved what he set out to do. It deals with the recce work of Udham and what he did he do over the years until the fateful day. How did he get in? Who were his accomplices, and so on?

The entire revelation comes as part of the investigation from the British side. The proceedings take place non-linearly, which might confuse an already irritated person due to the slow pace. A tiring feel is felt through this block.

And the third segment deals with the reason for the change of heart in a young Udham Singh. Shoojit Sircar depicts the most gruesome portrayal of the Jallianwala Bagh massacre in the final half an hour. It is given a Saving Private Ryan like treatment by the director.

Overall, the beginning and the ending of Sardar Udham are fine, apart from the great act of Vicky Kaushal. At the same time, there is a lot of indulgence from the director, which turns the biopic into a tedious watch in parts. Still, the movie is a one-time watch for the monumental effort on the lesser-known freedom fighter it focuses on.

Apart from Vicky Kaushal, the rest of the actors have minimal and one-dimensional parts. All the British actors do well, but they are steeped in stereotypes. The critical historical figures do well on both the Indian and British sides.

The background score by Shantanu Moitra is decent. The cinematography by Avik Mukhopadhyay is brilliant. The pre-Independence era is exquisitely captured and recreated along with the help of the art department. The editing Chandrasekhar Prajapati could have been better. The dialogues by Ritesh Shah are adequate. Some parts, especially at the start, look below par, though. The same is the case with the English one’s that come across as corny many times.