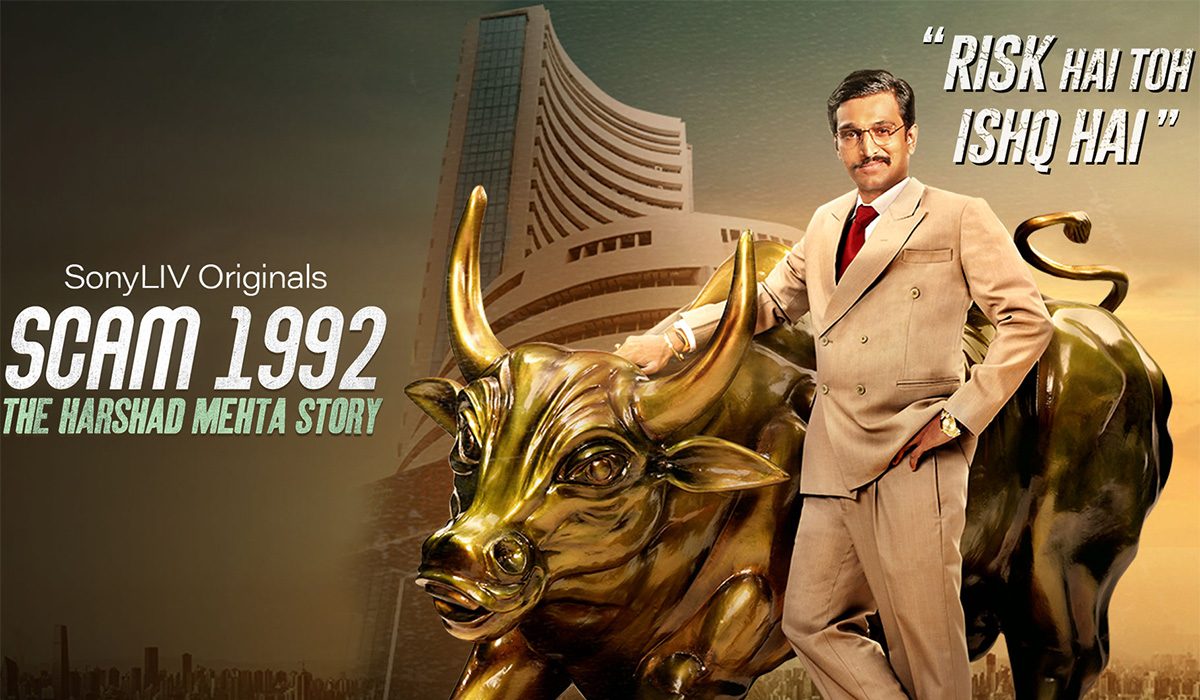 Skin N Swear: It Is Clean Family Viewing If Not For The Few Cuss Words

Scam 1992 – The Harshad Mehta Story is a biopic of Harshad Mehta. As the title suggests the story focuses on the fraud done by Harshad Mehta as a stockbroker in Bombay Stock Exchange (BSE).

Scam 1992 is based on the book, The Scam. It focuses extensively on the rise of Harshad Mehta from a common man to The Big Bull of the Bombay Stock Exchange (BSE). How he creates the biggest scams in the economic sector using the loopholes of the system is the core focus. 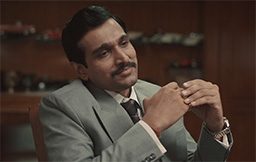 Pratik Gandhi plays the central protagonist of Harshad Mehta in the film. He has lived the part without doing anything extraordinary or out of the world. He behaves like the character needs to do without over drama or emotion. It is simple yet powerful.

The subtle growth of the character (in power and confidence) is both well-written and performed. It is not too in your face, but if one follows the story, one can’t miss it. The two interactions, one where Harshad Mehta is first employed and another where he speaks to the Governor of RBI about Indian economy is an example of this development. The convincing and daring nature of the person is believably presented.

Director Hansal Mehta is back with another web series after a long gap. If in his last attempt he tackled the legendary figure of Subhash Chandra Bose, here (Scam 1992) he brings to us a legendary scam that rocked India like nothing before.

The 1992 Scam of BSE is a perfect subject for a biopic. It has an instant recall value, many people have known or heard about it, but not many are actually aware of the actual ‘scam’. Over the decades, it has become like an urban legend. Director Hansal Mehta does a fantastic job in presenting it to the audience who are both aware and also not. 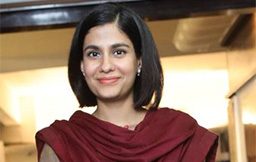 The whole series is set on the world of finance. The language is that of bankers and stockbrokers. It could have quickly become dry narratively. The writers do a great job, therefore of not letting Scam 1992 enter that zone. They do that by not shying away from the businessmen lingo, but at the same time making it palpable to the audience who is not aware or not interested in them.

An initial couple of episodes, therefore, takes time in setting up of the world and how it works. The individual spaces of various vital characters have no such problem and are instantly identifiable. The family of Harshad Mehta and his personal life, for example, is so neatly presented. In fact, his rise as an outsider is a heroic journey with lots of mass touches.

The dynamic between the Mehta brothers, their family, generate emotions with no additional melodrama. Similarly, the underdog setting and the rise of Harshad Mehta in the stock market world is wonderfully done with great lines and thrills.

The best part of 1992 Scam though is the relentless, gripping narrative. The story never stagnates as it moves past from one pivotal moment to the other. A significant reason for that is the different subplots are all seamlessly merged to the main narrative. They are also explored in detail (with exciting drama) and never turn prosaic or dull. 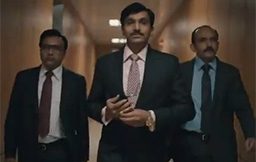 The change of an underdog hero to a greedy businessman, not knowing his faults is another critical arc in the story. It is also skillfully narrated where we (the audience) are slowly made to understand the mistake and take out the ‘hero’ image, step by step. Ultimately, it is understood that everyone is bad, but the differentiation is adequately made.

The rise and fall format could be utterly predictable and tedious if the narrative falls flat or fails the content at hand. Here is Scam 1992, the superb writing and performances elevate it and makes one forget the formulaic progress.

After all the right notes, the ending seems a bit rushed after the introduction of CBI into the narrative. Somehow, things lack the same impact that preceded it. Still, this is a small segment and doesn’t change the impression of everything else one has seen until then.

The ‘actual’ finale episode arrived later. The series ends on an excellent note after a bit of wobble in the pre-climax segment. It packs the right emotional moments leading to a simple yet heart touchingly wonderful ending. 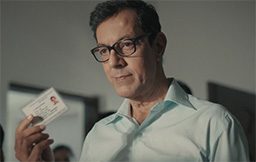 Overall, Scam 1992 is a terrific biopic that offers drama and thrill in equal measures. The right mix of writing, acting and casting make it possible. No one individual shines, but they all come together to make the final product stand out, as a whole. It is, therefore, a must-watch viewing.

Scam 1992 comprises of many artists. And yet despite the presence of so many people, it doesn’t feel crowded or overdone. When you remember even the smallest of the parts among so many people, it should be clear that the casting department and the actors have done a fantastic job.

The artists can be divided into different sets. First are the immediate family members of Harshad Mehta. The brother played by Hemant Kher is superb. He provides a strong anchor to lead and withholds his end. Then there are wife, father and mother. They all get a scene or two to shine.

Similarly, the actor’s part of The Times Of India led by Shreya Dhanwanthary is excellent. Her relentless pursuit to bring out the truth is what propels the narrative forward. Her first-time face to face interaction with Harshad Mehta is terrific. 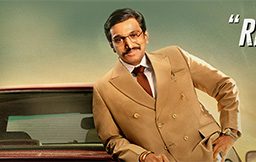 The theme music of the series by Achint Thakkar is instantly addictive one of the best one to come out in recent times. The overall background score is alright. The cinematography by Pratham Mehta is excellent overall, but at times it does give a too stagey vibe.

The editing by Sumit Purohit, Kunal Walve, is excellent. For maintaining a cohesiveness narrative throughout alone, they deserve kudos on the backs. The whole story could have easily become monotonous and muddled if not for their work. The writing is brilliant. As said above the way, they keep the ‘business’ lingo intact and yet keep the drama alive for the casual viewer is where the series hits the home run.

After Your Honor and Avrodh – The Siege Within, Applause Entertainment have scored a well-deserved hat-trick with Sony Liv (in 2020) with Scam 1992. They truly deserve the ‘applause’ and are living up to their name through the unique, intriguing and exciting content they are backing in India, digitally.