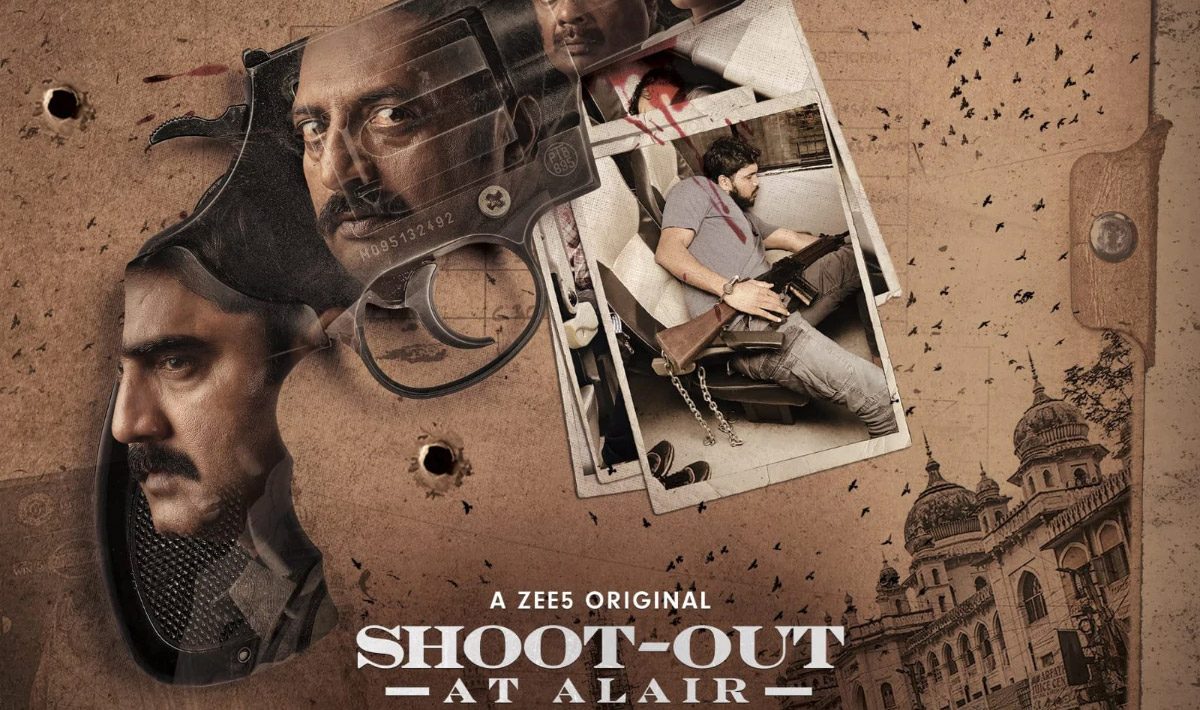 Shootout At Alair is based on real-life stories involving police. In the old city of a Hyderabad, a radical Muslim youth named Akhtar blamed the police for Mecca Masjid blasts. He particularly develops Hindu-phobia and kills Hindu police officers one after the other on every anniversary of the explosions. What did the police do with him? What shakes up the police years later? 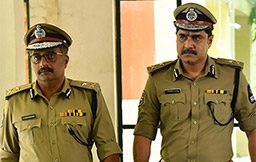 Actor Srikanth plays an honest cop to perfection, yet again. Unlike the past iterations, he makes it look more grounded and natural and less aggressive. The idea is to give a real-life like feel and to show how it feels like to be one in day-to-day activities.

Srikanth pulls the whole thing well. Apart from the bits where he speaks in English, which is more to do with his ‘English’ rather than actual performance, he is pretty fair overall in all the intense as well as causal scenes.

Anand Ranga of Oye fame writes and directs Shootout At Alair. It might appear simple in the overall scheme of things, but it is challenging to pull off. The director does a mixed job with it.

Within the first few minutes itself, we are sure what lies ahead of us. The making, the quality and the execution are terrible. Even the acting is so ordinary. It doesn’t help that mostly new faces which resemble police from real life are picked for the parts.

The biggest issue that sticks out immediately is the direction. The way a scene is set, and what happens within the scene is utterly mundane and boring. It takes ages to get going. And sadly, it is repeated throughout. 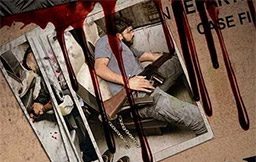 The idea or the thought behind the making seems apparent after a few minutes. It is to give a raw and realistic investigative feel to the proceedings. To take the audience into the lives of ordinary-looking police officers who sacrifice their being for them. What do they do in real life, how they are like, the inter-personal chemistry and so on are captured? But, it is done in a very uninteresting way. Everything looks rushed and all over the place.

If one does not have patience (like we do) chances are high that they would avoid the proceedings all together after the first episode or the second one at best. It is that difficult to sit through.

However, the good news is that Shootout At Alair gets better as it progresses. It gathers momentum as the director seems to be in control of the narrative in the mid-season portions. The episodes starting from fourth to seventh are the best part of the series. It is here that we realise the real intention.

Each episode of the series is dedicated to a police story who have had ramification in their lives, psychologically, after having an altercation with Akhtar, a terrorist. The circumstances that led them to be in the place they got or their bravery or the injustice of system are all neatly showcased.

The problem is that one can’t just jump to the fourth episode and continue watching the series. To know the characters and track the plot (which gets needlessly muddled, as it is) one has to be abreast with it from the start.

The ending is neat, and it clears a lot of confusion related to the narrative. However, it isn’t as impressive as the episodes preceding it. 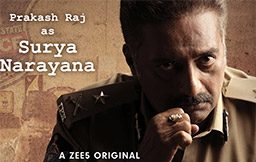 Apart from Prakash Raj, the entire cast comprises of mostly new or less experienced faces. They add to the realistic feel of the overall narrative. However, even with stories like these, the actors have to have solid acting talent to pull off the drama. Many fail on that count here. It is why when Prakash Raj arrives, we see a remarkable difference in the overall appeal.

The background score by Naresh Kumaran is neat. While it reminds us of Hollywood bits, it lifts the visuals’ ordinariness to epic level at times. The cinematography by Anil Bhandari is weak. The whole thing bears a short film look. One of the most challenging jobs on the project must have been for Adi Narayan, the editor. There is so much footage. He has done a decent work with it. There is a visible effort, no doubt, but the writing could have been way better. 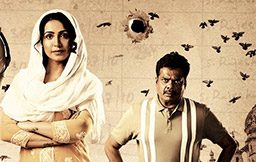