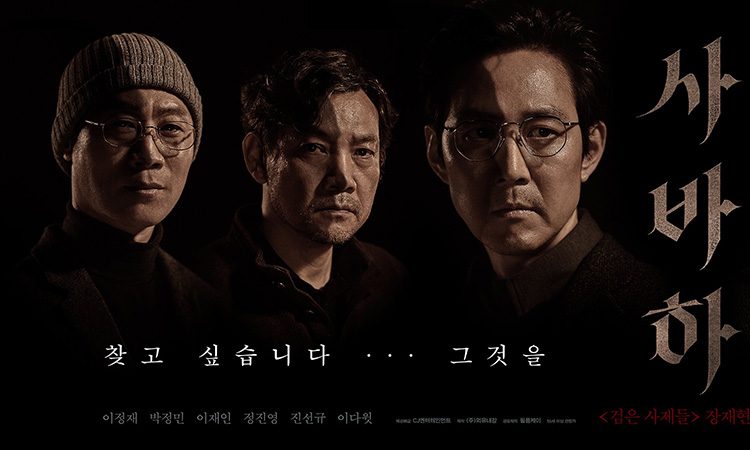 BOTTOM LINE: An Okayish Thriller That Tries Too Hard to Impress

Geum-hwa and her sister are twins born to conservative Korean parents. Geum-hwa’s leg is believed to have been chewed up by her twin sister during birth; the latter’s proclaimed as a devilish girl and is locked up inside a room all her life for the same reason. While their parents die in quick succession and the sisters stay with their dogmatic grandparents, the focus of the story shifts to Pastor Park. He’s a religious researcher popular for digging out deeper truths about cults and groups whose preachings and practices bear little connect. As part of his attempt to expose such a religious group called Deer Mount, Park gets to meet the cop, Captain Hwang. The latter is investigating the murder of a young girl, allegedly committed by a member of the group. How are their lives intertwined? 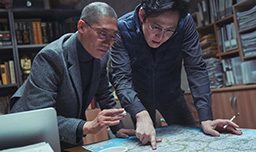 Lee Jung-Jae as Pastor Park is the best thing about Svaha. In an eccentric character with several shades of grey, the actor is suave and subtle at the need of the hour. The conviction in his performance helps the viewer buy his humanistic transformation. Within the role of a Christian trying to uncover the dark truth behind a religious group with Buddhist roots, the religion interplay could have been utilised with better effect.

Svaha: The Sixth Finger, like most Korean films, takes time to grow on you. The characters and the basis behind their doings are very hazy in the initial portions, they nearly doze you off before the film even takes off. It isn’t understandable if the film is actually celebrating religious cults or criticising them. The film does the latter but takes a long-winded path to convey its intent.

The filmmaker Jae-hyun Jang certainly has the knack of making things appear convoluted than what they actually are. In a way that helps the film because there’s always an element of intrigue leading to the next scene. The second hour is where truths unravel one after the other and the detailing with regard to the mythical setup miraculously begins to make sense. The frames reek of immense visual appeal with eerie texturing and the use of motifs, paintings, shadow-play shows the work of a craftsman at the helm. The director relies on his artistic flair to do the trick because there’s no major, startling revelation to be made by the end of the film. The Christmas-backdrop leading to the climax is also a poetic one, signifying the victory of dharma over evil.

The intent of the film to expose the blind faith of followers of religious groups and calling for humanity over blind belief is certainly appreciable. But the ride is such a bumpy one. The major mistake that the filmmaker commits is to introduce a handful of characters and sub-plots and not knowing how to tie them up later. Park’s secretary, for instance, is a strange-yet-interesting character (she even calls Google as Dr Goo) that has no link to the protagonist’s pursuit. The religious history of the group told through several characters in the garb of a multi-layered narrative, is needlessly complicated.

The director, probably to showcase his passion for the subject, throws in a lot of references to mythology, salvation, spirituality and goes overboard with the interspersion of multiple genres. Though Svaha is mostly staged as a thriller, there are traces of drama and horror elements which despite their diversified appeal don’t integrate with the story. There are too many prolonged, pointless conversations to build the mood for the narrative. The muddled screenplay doesn’t help the film create the impact it desires to.

Lee Jae-in plays one among the twin-sisters and is only asked to come up with a plain-faced fearful act that doesn’t register much impact. The writing deserves a part of the blame here too. The lady playing Pastor Park’s secretary has a brief role but impresses as long as it lasts. Park Jung-Min gets a complex role and yet delivers a strictly okayish performance where he appears to be in his own shell. There’s more to express than say in his role and the actor isn’t quite up to his job. 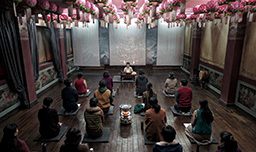 Composer Kim Tae-Seong keeps things low-key and understated and uses a metal-like undertone to the background score that enhances the impact of the film’s thumping moments. Cinematographer Kim Tae-soo, the art director and the director work as a well-knit unit, complementing each other and taking the vision of the story forward. The editor should have been brutal in tying up the several loose ends of the movie, more clarity with the sequencing and coherence would have ensured them a winning product (which isn’t quite the case now).

Yes, with Reservations and Lots of Patience