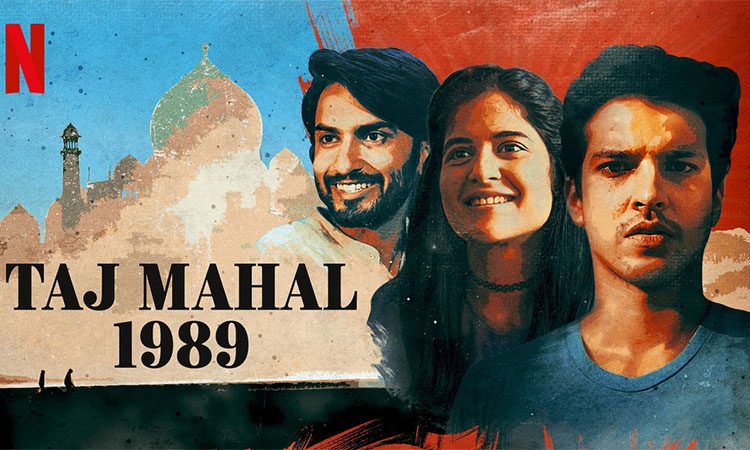 In an India set in 1989 amid the chirpy streets of Lucknow, Taj Mahal 1989 is an anthology of multiple love stories across various age groups. While the marriage of a 40s something philosophy lecturer Akhtar Baig and his physics lecturer-wife Sarita has been on the rocks for long, there’s tender love that is blossoming between two students Dharam and Rashmi at the university.

A sex-obsessed yet academically inclined Angad Trivedi has the hots for a politically ambitious girl Mamta but gives up on her when he realises his best friend Shontu too is charmed by the girl. A former gold medalist Sudhakar Mishra and a long-time friend of Akhtar is now a tailor, married to Mumtaz, a woman with a murky past. Shalin and Sunaina, barely in their teens are looking to take the next step in their relationship. How will these characters cross paths with each other? 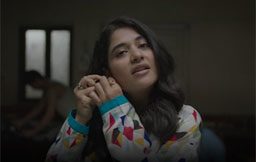 The ever-dependable Neeraj Kabi and the adorable Geetanjali Kulkarni (who had a terrific role in Gullak too) assert their authority in superbly written roles as a couple going through a rough patch in their relationship. The comic side to the characters, their frenetic outbursts and arguments in a bunch of well-written sequences tap the best out of the performers, who have the best subplot in the show.

Sheeba Chadha is impressive within the limitations of her character, and so is Danish Husain in a character who’s trying to make peace with his mediocre existence. Among the younger crop of actors, Anud Singh Dhaka impresses the most with uncanny dialogue delivery, exploring the tender side of an upbeat character with poise. Paras Priyadarshan, Anshul Chauhan, Shirin Sewani are confident in their limited screen-time, though their characters aren’t well-fleshed as well as the others.

Uttar Pradesh has captured the imagination of storytellers vastly with the success of films like Kanpuriye, Bala and Pati Patni Aur Woh in the recent past. Taj Mahal 1989 is a bitter-sweet nostalgic ode to the spirit of its State capital Lucknow in a late 80s setting. The fates of the protagonists, as the title suggests, are intertwined with the Taj Mahal, in various ways, sometimes metaphorical and sometimes literal. However, in most situations, it signifies a new phase/beginning in a relationship.

From Faiz Ahmed Faiz to Mirza Ghalib to Safdar Hashmi, the series makes use of important historic figures to establish the identity of its characters. From the case of a marriage of a middle-aged couple gone sour to the revival of a shaky relationship between two opposites to subplots around child trafficking and petty campus politics, Taj Mahal 1989 is a blend of several worlds. Though romance is the basic element that pins the stories together, the show also discusses the frivolity of having a supposedly secure financial life, the deeper purpose of academics, while normalising sexual desire among women in relationships and destigmatising the idea of divorce. 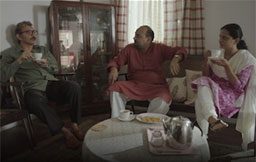 The show is firmly rooted in its setting, the screenplay has a slice-of-life flavour but the conflicts aren’t as well defined as the distinct characters. The idea to pair up a deep-rooted philosopher and a former prostitute as a couple is certainly intriguing on paper, though the complications in their relationship don’t make an impact. The thread about the woman standing up for her counterpart in an abusive relationship feels like a deliberate attempt to present the idea of a ‘good-hearted prostitute’.

The series takes its own sweet time to establish the discord between the lecturer-couple too. The poetry overdose is too saccharine for the viewer, who empathises with the plight of the wife of the lecturer at the hands of a poetry-obsessed husband. Rashmi’s openness in expressing her sexual desire is a sub-plot that’s conveniently forgotten in the later episodes. The transformation of an easy-going Dharam to an insecure lover and later, a small-time pawn (in the hands of a politician) doesn’t feel believable. And it’s irritating that every other show in the digital space has its characters directly speaking to the camera, addressing the audience – once upon a time, innovative but a done to death trope now.

The ending resurrects the show on many fronts. Not only does it step up the pace of the storytelling, but it also gives some identity to the characters that have been dormant on purpose till then. Specific phases in the narrative add up to the charm – say, the lipstick sequence between the student and the teacher, the scenes that explore the fascination of the teacher for loud, over-the-top Bollywood cinema, the portrayal of the happy-go-lucky bachelor life of university students to name a few. The intentions of this old-fashioned romance may be sincere, but the show fails to capitalise on the interesting plot due to its wayward screenplay.

‘Suniyo, Kahiyo’ is a wonderfully composed melody with an old-school charm that summarises the story of the show with its witty wordplay. The underplayed background score captures the pulse of the intense and warm situations smartly. The realism in the visuals lends the show its rootedness whereas the camera film-like colour tone helps the periodic setting. The writing of the series ought to have been more tight and arresting. The regular doses of humour, however, bring out the flavour of the region and the typicality of its unique Hindi slang well.

Performances of Neeraj Kabi and Geetanjali Kulkarni
Superb ending
Its interest to explore the deeper, unexplored layers of relationships

For those with a fascination for periodic romances