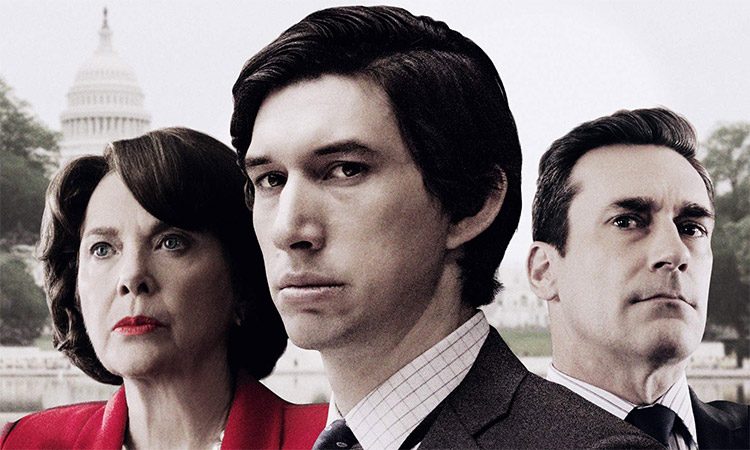 First of all, The Report is based on a true story. As the title suggests, The Report is about a report prepared by a Senate staffer Daniel J Jones (Adam Driver). It is related to the investigation on the destroyed interrogation tapes of the CIA.

How Daniel (Adam Driver) gets picked for the investigation? What did it contain and what were the troubles faced in finally getting it out is what the movie is all about?

Adam Driver is terrific playing Daniel a principled and obsessive man with only one goal in mind –to do the work given to him to the best of his ability. The character is simple and straightforward and in an inept actor’s hand, it would have been superficial, even.

Many scenes which lack written material to evoke a specific emotion hit the right mark only due to the acting prowess and conviction in character by Adam Driver. There is a consistent intensity to his role. It leads to frustration (caused by the system). And that is reflected not only in the act but also conveyed and felt by the viewer. 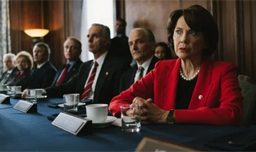 Scott Z Burns has a simple but essential story to tell. It rests entirely on the artists and the writing. He has got everyone spot on, and they all do their job effectively.

Right from the start, The Reports gets going with a firm grip on the proceedings. There might be some confusion initially due to the screenplay and various characters it incorporates into the narrative. One doesn’t get who plays what and their importance to the story.

It is only after we get immersed in the story that we move along with it. The connection with the frustration and fight of Daniel is very critical in our engagement with the proceedings. If one thinks he is too harsh or rigid, then there is nothing in The Report to hold attention. It is a narrative that entirely relies on Daniel to guide us through the world it is set in.

The last half an hour and the message that comes out ultimately is why The Report is a must-watch. If there are problems in the biggest pillars of the system, then it has to be dealt with, in the right manner. No institution is above the law, is well conveyed.

There are many disturbing sequences which might be a bit too much, visually and description wise. Also, there is always the feeling of ‘propaganda’ in mind. It is what The Report also highlights under currently.

Overall, if you love real hard-hitting dramas with single mined focus and intensity, give The Report a shot. If you get the feeling of propaganda somewhere, still give it a try for the lead.

The Report is filled with known faces for all the key parts. However, none of them is on par with the lead character Daniel, given to Adam Driver. The only one that has some commanding presence and real power is Annette Bening, playing the role of the Senator. She has to be authoritative, sharp and quick-witted. The actress gets all that right.

Jon Hamm, Jennifer Morrison, Corey Stoll, Tim Blake Nelson, Ted Levine, Michael C Hall, Sarah Goldberg and others are all instantly recognisable faces for those who follow the TV series and streaming shows. They all individually come with a vast reputation and deliver in their parts. To all of them in one movie playing bits and pieces characters, elevates the overall impact. 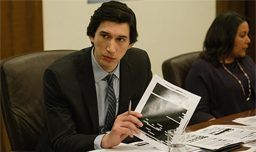 David Wingo’s music help create an eerie and suspenseful mood. It also adds to the intensity in equal measures. The cinematography Eigil Bryld is slick with documentary-style visuals incorporated seamlessly. Greg O’Bryant’s editing is sharp and helps maintain sensitivity while showcasing the torture episode. It helps in letting the viewer’s feel the gruesomeness rather than showcasing it. The writing by Scott Z Burns (also the director) is terrific.

Not For Everyone
Propaganda Nature
Muddled Narrative In Parts

The Report Review by Siddartha Toleti