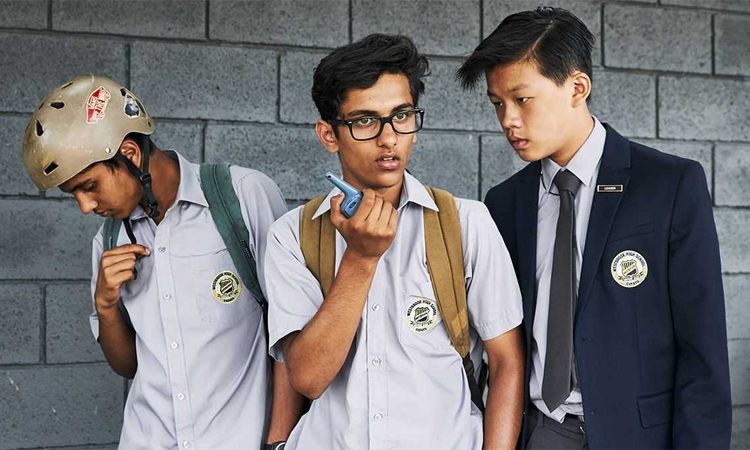 Dru and Kal are twin brothers from Indian origin in Australia. They are in high school, going through the routine drill. Their life changes when an agency – Global Child Initiative, come to school and conduct some tests. Suddenly, Kal grows in strength and so do many others barring Dru.

In the parallel, there are another set of teens that are being chased by the Global Child Initiative. How they come in contact with Dru and lead to the discovery of The Unlisted? What do these ‘Unlisted’ do then, is what the series is all about?

Vrund Rao and Ved Rao are perfectly cast as twins Kal and Dru. The different characteristics are neatly brought out in the duo course. However, there is not much from performance-wise to talk about here. Most of it is character traits and its execution on direction level. There is no additional depth from the ‘acting’ perspective. 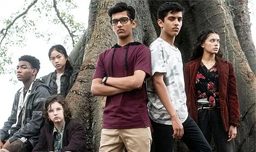 As many as six directors handle The Unlisted. The inconsistency in direction is glaringly apparent as a result. What is a matter of frustration is that progressive meltdown of the premise after an exciting start.

However, despite all the trappings of a perfectly engaging teen based thriller, The Unlisted never takes off. From time to get we get a twist which we can see and feel visually to have gone wrong. The direction and below-par writing are to blame here.

As the narrative gets along, the lack of story also becomes evident. Or maybe the makers have something bigger (new seasons) in mind and show only small parts for a long time considering this to be the first season. One of the characters after passing the halfway mark of episodes exclaims – ‘what have we done so far’, it is the same feeling we get as a viewer. Nothing happens to take the ‘story’ forward after a point.

The characters remain the same all the way with nothing known about them. The bonding, the emotions that the team is trying to pull looks so hollow as a result. Things are further aggravated with silly and dumb execution of key thrilling moments. It makes one wonder if the makers think it is a joke.

The final few episodes take the silliness to an unimaginatively high level. It is like a step by step increment. It takes the proceedings to ‘unintentionally’ hilarious side, and that is how the narrative becomes watchable.

Overall, The Unlisted is a tacky and clunky sci-fi kid’s show. It has a potentially engaging premise but gets disintegrated to laughable proportions as it progresses to its end.

If there is one actor that stays with long after the show has concluded is ‘Dadi’ played by Saba Zaidi Abdi. One is instantly reminded of the lovely grandma’s we all have in our lives. Her infectious charm covers a lot of ground. The whole cast of the Sharma’s give a proper family vibe, even though it is very repetitive and has nothing much to plot development.

The teen set played by Miah Madden, Abigail Adriano, Jean Hinchliffe, and Nya Cofie look the parts. But none have properly developed roles. It is the reason why no one registers despite having such lengthy appearances. In comparison, Annabel Wolfe has a decent impact due to the change the character undergoes. It doesn’t come across as a cardboard piece. The same can be said about Zenia Starr. She is useful in crucial places. 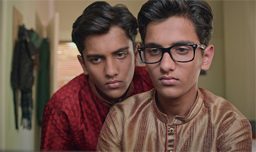 The technical aspects of the movie too follow the same process as the progress of the series. The background score is an exception. It is consistently good. The cinematography gets weaker, and the editing is also poor in the final moments. The writing is credited to ten members, and yet it is substandard work.