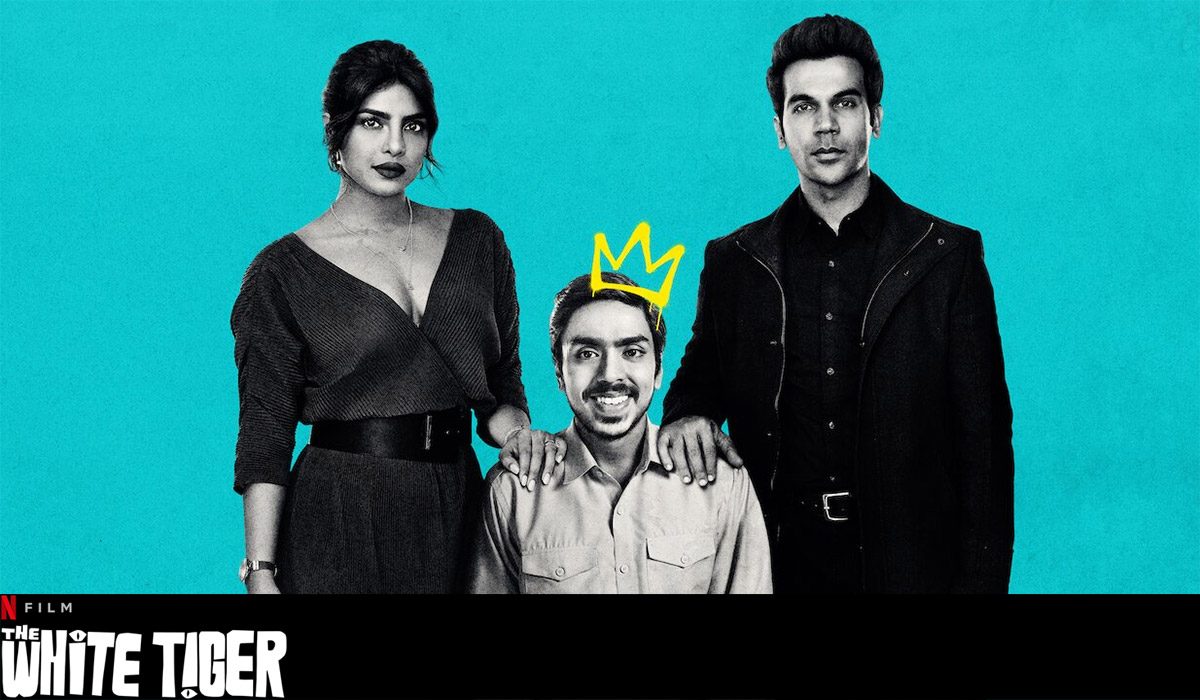 Netflix’s new Original film The White Tiger is a sharply stinging satire on the caste and class divides in an India seemingly situated on the cusp of globalization and a booming economy. It is the story of an India where its people have only two options before them – to eat or get eaten; to serve or be served. Servitude is ingrained in the lesser privileged of this country. 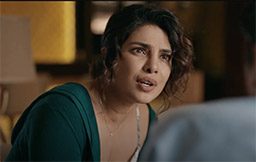 Balram Halwai (Adarsh Gourav), primary protagonist of The White Tiger, is born to a life of servitude. The only difference is that he chooses his master – Ashok (Rajkummar Rao), the US-returned son of the landlord (Mahesh Manjrekar) of his village Laxmangarh. Balram manipulates his way into becoming the personal driver of Ashok and his wife Pinky (Priyanka Chopra Jonas).

But then something happens to make Balram realise that he’s not ready to get eaten. He’d rather be the master than the servant. How Balram makes his way to the other side of the social balance — going from one-time servant to shrewd entrepreneur, the one who is served — forms the rest of the story.

The White Tiger is adapted from Aravind Adiga’s Booker-winning novel of the same name. It is written and directed by Ramin Bahrani, and produced by Mukul Deora, Ramin Bahrani and Prem Akkaraju. 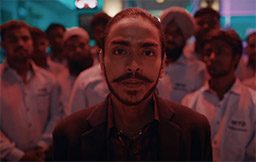 The White Tiger is Adarsh Gourav’s show all the way. He owns the screen, hogs the spotlight and romances the camera like no one else has done in recent times. No other actor in The White Tiger can get in any attention edgewise when his Balram Halwai is in the frame. Not Rajkummar Rao nor Priyanka Chopra Jonas; not Mahesh Manjrekar, nor Vijay Maurya – in fact, no one.

And even when Adarsh Gourav is not in a scene, his presence hovers in the recesses, his existence lingers in the skewed, warped reality of the narrative. Balram Halwai is a compelling character, and Adarsh Gourav must thank his lucky stars — and his talent, of course — to have landed the part.

Rajkummar Rao sports a weird accent throughout The White Tiger – neither Indian, nor American. It is quite distracting, to be honest, and takes away somewhat from an otherwise accomplished performance. Priyanka Chopra Jonas has rendered a sensitive and well-performed portrayal of a US-bred woman who can’t come to terms with the insufferable flaws of Indian society.    Kamlesh Gill as the shrewd old Kusum is a mean riot. Vijay Maurya is suitably nasty and callous, and achieves what his role encompasses. 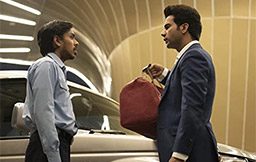 Early on in The White Tiger, a young Balram Halwai is made to believe that he can be the white tiger of his poverty-ridden existence – an anomaly, an outlier that is born but once in a generation, just like the white tiger is an anomaly of nature. Pretty soon though, the squalor of his existence catches up with him, and he falls in step with the ancient order of Indian society – the one that decrees that one half of society will serve, and the other half will get served.

Even though India is ripped apart by scores of differences – higher caste – lower caste; Hindu – Muslim; Brahmin – Dalit; rich – poor — yet, in the end, the only difference that matters is the size of your belly. The ‘ones with the large bellies’ rule, and the ‘ones with the small bellies’ serve. The White Tiger showcases this difference by taking recourse to starkly affecting scenes that show in sordid reality how the other half lives. Like Parasite before it, The White Tiger is the story of the underprivileged underdog – who exists, but whose existence holds no meaning; whose existence can be obliterated laughably easily.

The most engaging aspect of The White Tiger is that it deploys biting humour, crafty dialogue and slick wit to tell a story that often turns dark and disturbing. The use of animal analogies makes it even more intriguing. The landlord he works for is the Stork, his elder son is the Mongoose, and he, of course, is the white tiger. The poor of India are like roosters in coops – biding their time in cramped conditions, waiting to be slaughtered to serve the needs of the rich. The cooped roosters analogy is particularly striking. The waiting roosters can see their fate in the heads getting chopped off, can smell the blood, yet none makes an attempt to escape. 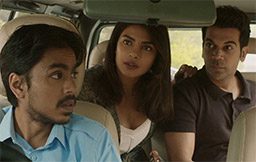 The world-building that Ramin Bahrani resorts to is evocative and telling. The sequences that capture the squalor of Balram’s life in the village, the grim shots of the ghettos of Delhi, the contrast between the glitz and the grimness, are striking and memorable. They stay with you for a long time after.

The world-building and the dialogue lend a haunting impact to the storytelling. The twist in the tale with the sting at its end is expected, but shocks nonetheless. The end is a bit simplistic. Powerful people have the means to get hold of what or who they want – even if he’s holed up in Bangalore.

The story drags somewhat around the middle. Yet it is compelling enough to keep you glued to the screen lest you miss any of the sparkling, sharper-than-an-axe dialogues that are peppered throughout The White Tiger. It is a movie that must be watched, if only to know that the way out of drudgery by winning millions in a game show – The White Tiger’s swipe at Slumdog Millionaire – is but a distant fantasy. 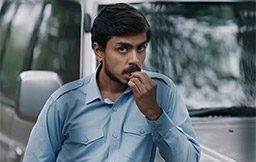 Paolo Carnera’s cinematography is stunning. It captures the sights, sounds and contrasts of both Indias beautifully – the poor India that lives in villages and slums, and the rich India that resides in glossy apartments and whizzes around in Pajeros.

The title song, by Divine, is punchy and upbeat. It lends a unique edginess to the story, especially as it plays as the end credits roll. The editing by Tim Streeto is crisp, sharp and fluid.

The story drags in parts