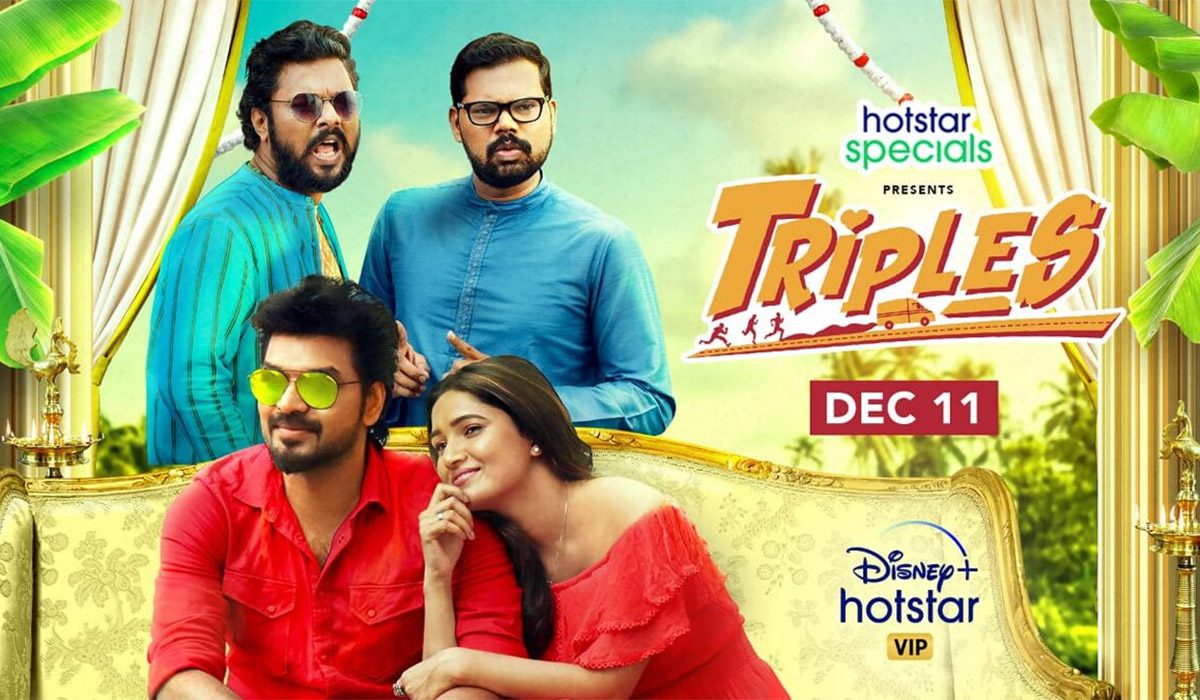 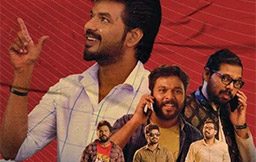 Triples is about three best friends, Ram (Jai), Cheenu (Rajkumar) and Maadhu (Vivek Prasanna). They start a café together by taking money from a local loan shark. Ram falls in love with Meera (Vani Bhojan), who is a regular customer at the shop. But, Ram and Meera get separated.

What happens when Meera makes an unexpected appearance at Ram’s wedding with Mythili (Madhuri Jain)? Why did Ram and Meera separate? How Mythili entered Ram’s life and where it ends is what the series is all about? 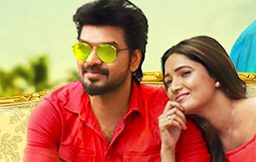 Jai is his usual self. He picks another character that works to his strengths of playing an innocent and honest guy. The nature of Ram ticks all the boxes we typically associate Jai with, and he delivers. But it is a tedious watch.

In Triples, though, despite being the lead, after a point Jai’s role gets lost in the crowd. It is a reflection of his regular performance as he nothing new to show and grab attention. Unless the focus is specifically on him, no one misses him. It is a sign of a poorly written part, as well.

Charukesh Sekar directs Triples which is a routine run of the mill story. It is heavily dependent on the performances and writing to lift the content. It happens in parts. 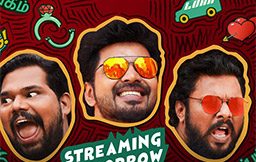 The opening block sets the tone for what is to follow in Triples. The comedy is silly type, but the timing by the key players is right on the mark. They make it work. The question then is, can they do it for the rest of the show containing eight episodes?

Luckily, the comic sidekicks do the needful right through. The issue they have is repetition. If that is not a problem, they do generate a lot of fun through the silly antics.

The real problem with the series is the core story involving the lead and a couple of subplots which get progressively irritating.

The entire track involving Jai and Meera, the main story of Triples seem stretched beyond the requirement. It comes in parts, which is a relief, though. The lack of logic (even emotionally) at the beginning and the way it ends feels so rushed. They feel as if used merely as an excuse to run the comedy. 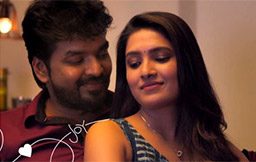 As said previously, the subplots involving Mukesh and Swapna (and her father) and Baby Chetta get tiresome after a point. They start well funnily but end up irritatingly. The length is an issue, but the silly approach is the more significant issue. It seems overdone.

Another major issue with Triples is the narrative inconsistency. It is an uneven mixture of different genres – the typical husband-wife and other girl romance and drama, the crime-comedy angle and confusion comedy are all fit into the story.

The whole thing looks chaotic after a few episodes. It is when the various tracks start to merge. The ending is simple, but there is a severe drag before it.

Overall, Triples offers silly laughs throughout, depending on a couple of characters. Everything else doesn’t add up to give a satisfactory experience. It, therefore, ends up being a strictly average fare.

Vani Bhojan is alright in her part. She does it well, but in a narrative dominated by comedy, she comes across as a hindrance, a roadblock of sorts. It is unfortunate because hers is the main story of the series. Towards the end, Vani Bhojan does well in a couple of emotional moments.

Madhuri Jain and Namita Krishnamurthy are the other two essential female leads. Both have decent roles, especially the former, is integral to the story and gets a beautiful dramatic moment in the end. The latter plays the typical nagging and dominating wife to perfection.

Vivek Prasanna and Rajkumar are a riot together. They are the only reason to sit through the predictable series. The bromance they display is fantastic, and the one-liners are elevated due to their timing. It is all silly in nature and based on standard character tropes, though.

The rest of the cast is also decent with some neat characterisations given to A Venkatesh, Manikandan Achari, Mohammed Ashik, and Deepthi. They have a lot of scope for fun. But, none are explored to their potential. They continue at a superficial level for entertainment sake.

The music by Vishal Chandrasekhar is decent. A couple of numbers are lovely but are speed breakers in the narrative. The background score is alright. The cinematography by Kalsiselvan Sivaji is neat. It gives a peppy look to the proceedings. The editing by GK Prasanna is okay. The writing by Balaji Jayaraman is par for the course. The entire comedy is based on silly puns and situations. It gets repetitive but is entertaining as long as one tolerates it.

Yes, but With Huge Reservations