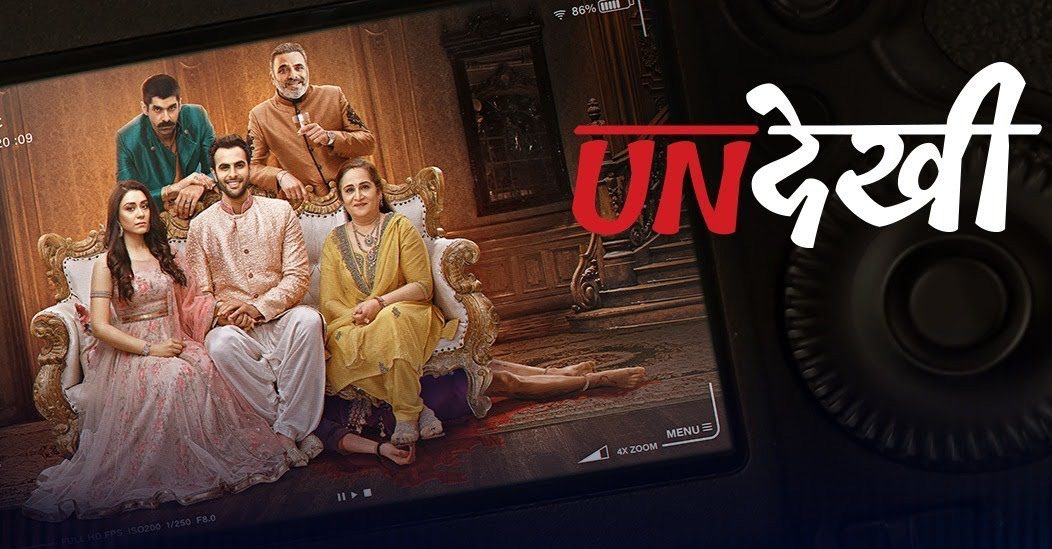 BOTTOM LINE: A Gripping Drama Centred On Abuse Of Power

A grand wedding is planned in a top hotel in a picturesque location of Manali. Daman and Teji are the couple. Teji invites wedding makers, especially from Delhi, to shoot the whole event. Meanwhile, a cop from Sundarban is on a trial of a tribal girl on the run. He tracks her to Manali.

What happens when one of the crews of the wedding videographers witnesses a murder and shoot it accidentally? How is it related to the Sundarban investigation? The overall power-play at the display by various parties forms the crux of the story? 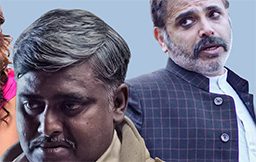 Dibyendu Bhattacharya as DSP Ghosh is the central protagonist of the series. He gets the heroic elevations that are reserved for top stars. The character is instantly likeable, and Dibyendu plays it to the galleries with his nonchalant and casual but intense attitude.

The way Dibyendu sings the classic songs and goes about the proceedings add to the swag of the character in its own unique way. All his interactions with the key players are thrillingly and engagingly conceived, and he delivers in them with nothing to complain. It is a memorable part for the actor even though it doesn’t involve high stakes drama. 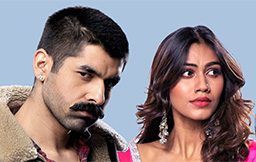 Ashish R Shukla directs Undekhi which is based on a short story by Mohinder Pratap Singh. On the surface, Undekhi is a simple story of standing for what is right, but the beauty of it lies in the setting of influential people.

A marriage between two reputed families is set to take place in a few days. The bridegroom belongs to the powerful of the two. However, he doesn’t have a say or power his father or cousin holds. The narrative kicks off when a dancing girl is killed in the wedding and what ensues is a game of ‘power’ between the different parties involved.

Undekhi succeeds primarily because it succeeds in presenting the power struggle and one-upmanship in a gripping and thrilling manner. Many points are part of the narrative which we know and might look predictable, but it is presented engagingly.

It is the underlying subtext of the ‘power’ wielded by certain people and the absolute loathsome and disdainful attitude they show towards others, supposedly, below their levels, is what makes the proceedings interesting. It provides the necessary edge to what could be a regular outing in its absence.

Many scenes are skilfully woven into the narrative to give the viewers a clear account of the power hierarchy. The DSP shows his influence on the lower officers, but when it comes to Rinku, he is at the receiving end. The constant referral as an ‘Inspector’ and Ghosh reminding of his DSP status is a clear example of the same.

The whole tracks involving Rinku with Rishi and DSP Barun Ghosh are superbly executed. Besides it, the Daman and Teju plot present the other perspective. It showcases the mind-set from the inner echelons of the same powerful people. The absolute lack of a real world view and the nativity these characters exhibit indicates that not all is well among the same group as well.

Amidst all these mayhem, is Saloni and her journey, which represents the typical selfish average joe. It comes across as the most predictable among all and leads to an even more routine end involving others from similar space.

Undekhi is impressive right from the start, but it gets a little repetitive and uneven as it progresses. A few subplots have very ordinary moments. The impact is felt so due to the thrilling portions that surround them. It leads to a bumpy feeling. Things do get a little farfetched, and some well-built characters look exhausted and out of sorts by the time we reach the end. And it is also very abruptly cut off.

Overall, Undekhi is decent one time watch for its thrilling parts involving the survival of truth versus the powerfully wrong. Who wins, in the end, might be an easy guess, but it is the journey that counts and where Undekhi delivers, for the most part. 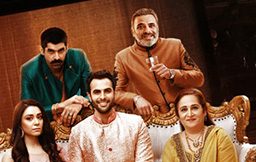 Undekhi is filled with many artists essaying well-defined roles, a few of them stand out instantly. Surya Sharma, Harsh Chhaya, and Abhishek Chauhan is the immediate standouts. Harsh is especially a sensation as a perennially drunk, offensive and loudmouth. It is a loathsome character, and he makes a strong impression in that regard. It shows how well he has enacted his part. His part is consistent throughout and well written. They provide fresh insight and edge to the story. Similarly, Surya Sharma is terrific as Rinku. But, he is given a role that is uneven in parts, and that is also reflected in the narrative. Abhishek Chauhan as the noble and innocent guy who wants to do the right thing is fine.

Ankur Rathi is spot-on as the typical anti-patriarchal foreign returned son, who is kept away from harsh realities. He emotes the frustration and confusion involving his predicament very well. Similarly, Anchal Singh shines when she portrays the naïve and righteous girl living a cocoon. Ayn Zoya is scene-stealing a couple of times when she interacts with his team members and Rinku. Apeksha Porwal, Anit Chauhan and Sayandeep Sen etc. have brief roles that are done with ease.

The story by Umesh Padalkar is a winner. It presents an insight into the systematic abuse of power through the Atwal family. The dialogues by Varun Badola are excellent. However, the usage of profanity could have been reduced a lot. The producers and team Applause deserve praise for bringing a raw and hard-hitting tale rooted in reality. 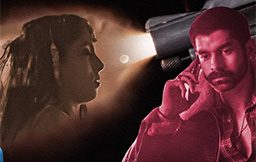 Predictable Towards The End (as in, running out of steam)