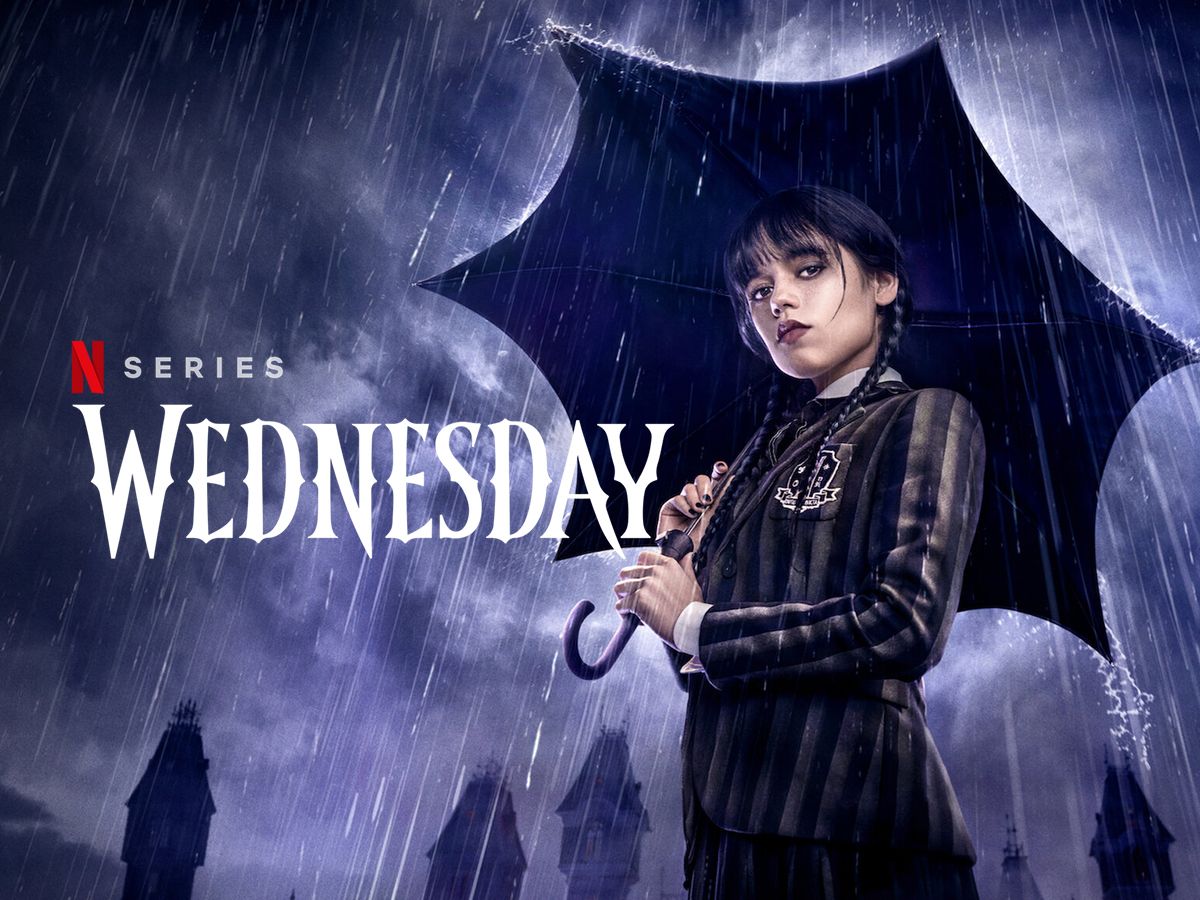 Netflix’s latest big-budget production ‘Wednesday’ is a spinoff series on Wednesday Addams, the well-loved character from Charles Addams’ beloved ‘The Addams Family’. The precocious, macabre-loving Wednesday (Jenna Ortega) is packed off to the Nevermore Academy for outcasts, freaks and monsters. Wednesday has a hard time fitting in at the academy, run by the imposing Principal Larissa Weems (Gwendoline Christie), even as she struggles with her burgeoning psychic abilities. Soon, the Gothic girl becomes riveted by the mystery of the terrifying monster who’s murdering people – both locals and students of the academy.

Wednesday is created by Alfred Gough and Miles Millar. The first four episodes of the series are directed by Tim Burton. James Marshall and Gandja Monteiro have directed the remaining four episodes.

Jenna Ortega aces the role of Wednesday Addams – she becomes her. She’s suitably Gothic, deliciously snarky, adorably morbid and dispassionately cold – just as we like Wednesday Addams to be. Hers is easily the standout performance in the sea of stellar performers in the series. Emma Myers as Wednesday’s roomie Enid is the other shining light in the series. She lights up the screen – however morbidly dark it is – each time she appears on it. And then there’s the equally persuasive Joy Sunday as the siren Bianca. Between these three, they hog all the limelight, barely conceding any space for the other actors to shine.

Gwendoline Christie is a force unto herself in the series. You can’t take your eyes off her expressive, overly made-up face, in every frame she’s in. Catherine Zeta-Jones and Luis Guzmán, as Wednesday’s parents Morticia and Gomez hardly feature in an episode or two, but are well-cast nevertheless. Christina Ricci is an inspired choice to play Marylin Thornhill, Wednesday’s mentor and teacher at Nevermore, and she delivers well. For those who don’t know, Christina Ricci played Wednesday in the Addams Family series of films in the nineties.

The rest of the cast is efficient though average.

Wednesday is a show rife with the influence of its creators. Director Tim Burton infuses Wednesday with all his Gothic sensibilities and expertise from his previous works, notably Batman Returns, Alice In Wonderland, Beetlejuice, and more. Likewise, creators Alfred Gough and Miles Millar bring a bit of their ‘Smallville’ vibe to the show. But that’s not all. Wednesday gives off strong Harry Potter vibes, not to say Riverdale and Supernatural hints too.

That said, the show itself is fun to watch, with just the right amount of wit, snark and spookiness to it. The taut narrative, timely twists and turns, and compelling mystery keep one glued to the seat. The excellent dialogue is to die for. At no moment does the storytelling dip or drag, with not a scene wasted on needless inanities. Wednesday is a worthy addition to the stellar and beloved film series and TV shows of yesteryear, yet suitably adapted to contemporary times.

The most significant element of Wednesday is the fact that at its core, it is a delightful coming-of-age story, masquerading as a horror drama and serial killer murder mystery. Wednesday, and her friends, Enid, Bianca, Xavier, Tyler, Eugene, and all the others, grapple with age-old teenaged angst of confirming to convention, parental expectations and more, while coming to terms with the burden of growing up. It is also about friendship, and our constant need of it, even if we deny it till we are blue in the face.

The series also subtly but firmly lays emphasis on society’s penchant for othering all those who are different. The underlying essence is of our instant disdain and dislike, as a species, of anything that does not confirm to our perception of what is normal. Through the constant face offs between normies and outcasts, the narrative lays bare our propensity to target everything that we perceive as different from what we’re used to seeing and experiencing.

A large part of the credit for Wednesday’s watch-worthiness goes to Jenna Ortega’s flawless performance as the titular character. The consummate actress never hits a false note in the entirety of the eight-episode series. If looks could kill, her death stares would definitely make one drop dead. Her dispassionate tone, emotionless expressions, dour demeanor are just perfect – Wednesday’s child is certainly full of woe in Jenna Ortega’s Wednesday turn.

The only quibble we have with Wednesday is the distinctly underwhelming climax. It is rushed, unimpressive and disappointing – a less-than-optimum end to an otherwise engaging series. Still, Wednesday is a must-watch for enthusiasts of the Gothic fantasy and horror genres.

Tim Burton brings on board frequent collaborator Danny Elfman to score the theme and background score of Wednesday. And Elfman doesn’t disappoint. The background score is aptly spooky, sometimes upbeat, with a touch of the whimsy to it. David Lanzenberg and Stephan Pehrsson’s cinematography gives visual splendour to the storytelling. The dark pallette coupled with Gothic overtones come together to deliver visually pleasing frames.