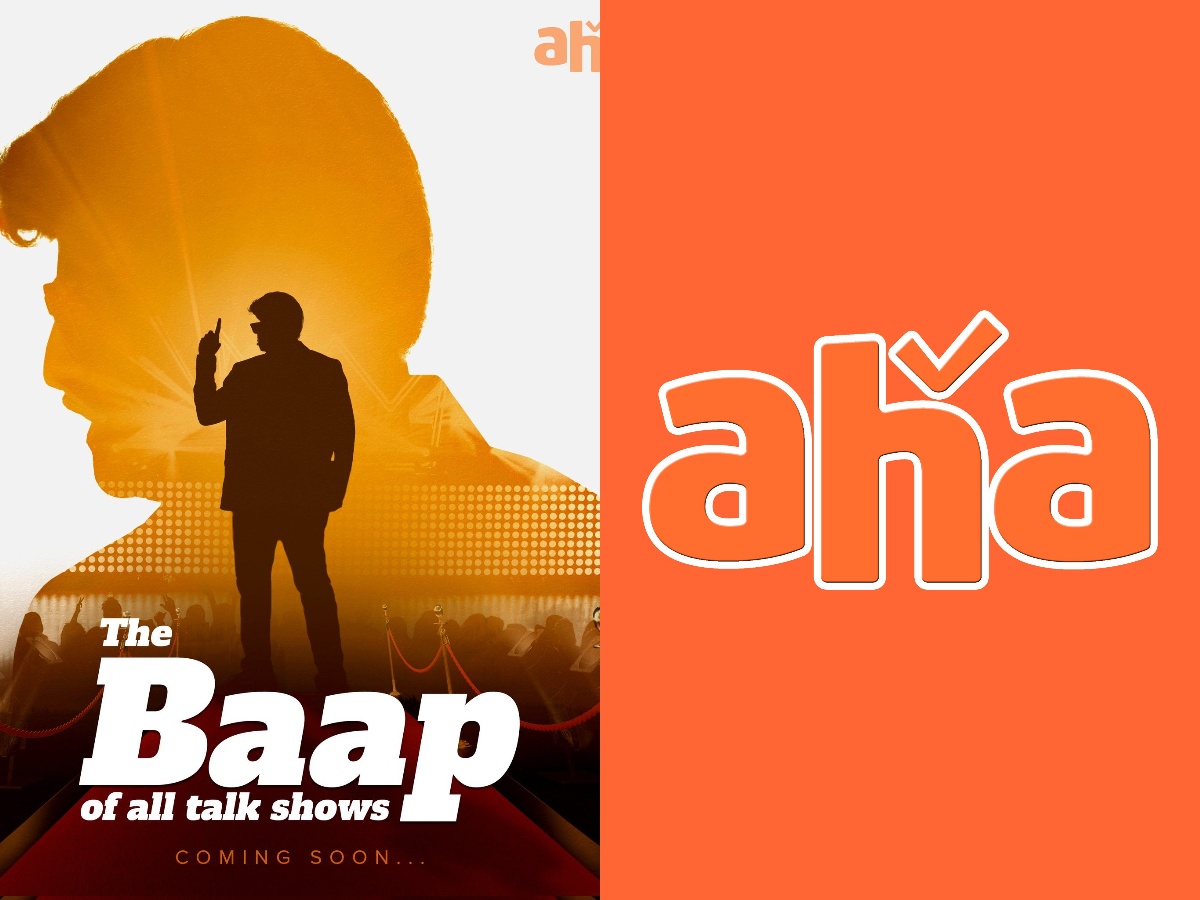 The stage is set for Nandamuri Balakrishna’s debut in OTT. The Nandamuri hero is prepping up to host a celebrity talk show which will be streaming on Aha Video. The OTT platform is projecting this talk show as one of its flagship shows and is planning to go big with the same. The show-runners have initiated talks with several Tollywood top stars, whom they hope to bring on to the show as special guests. A tentative list of guests is being prepared now. Here is all we know about the title and the tentative premieres date of Balakrishna’s talk show on Aha.

As per reports, this highly exciting celebrity talk show has been titled ‘Unstoppable’. Aha is projecting it as ‘The Baap of all talk shows”. A related poster was unveiled the other day to publicize the arrival of the show. Creative filmmaker Prasanth Varma is directing the promo of the show. The same will be unveiled shortly.

Apparently, there will be a total of 10 episodes in the inaugural season. Also, Aha Video is eyeing the auspicious Diwali day as the tentative premieres date for the show. If that is the case, the show might be premiering on 4th November. An official announcement on the same is awaited though. Balakrishna is expected to start shooting for the show starting very soon. More details about the much-hyped talk show will be out in the next few days. It would be really interesting to watch a dynamic personality like Balakrishna have candid conversations with Tollywood celebrities. His fans and followers are eagerly waiting for the same.
Follow us on Google News