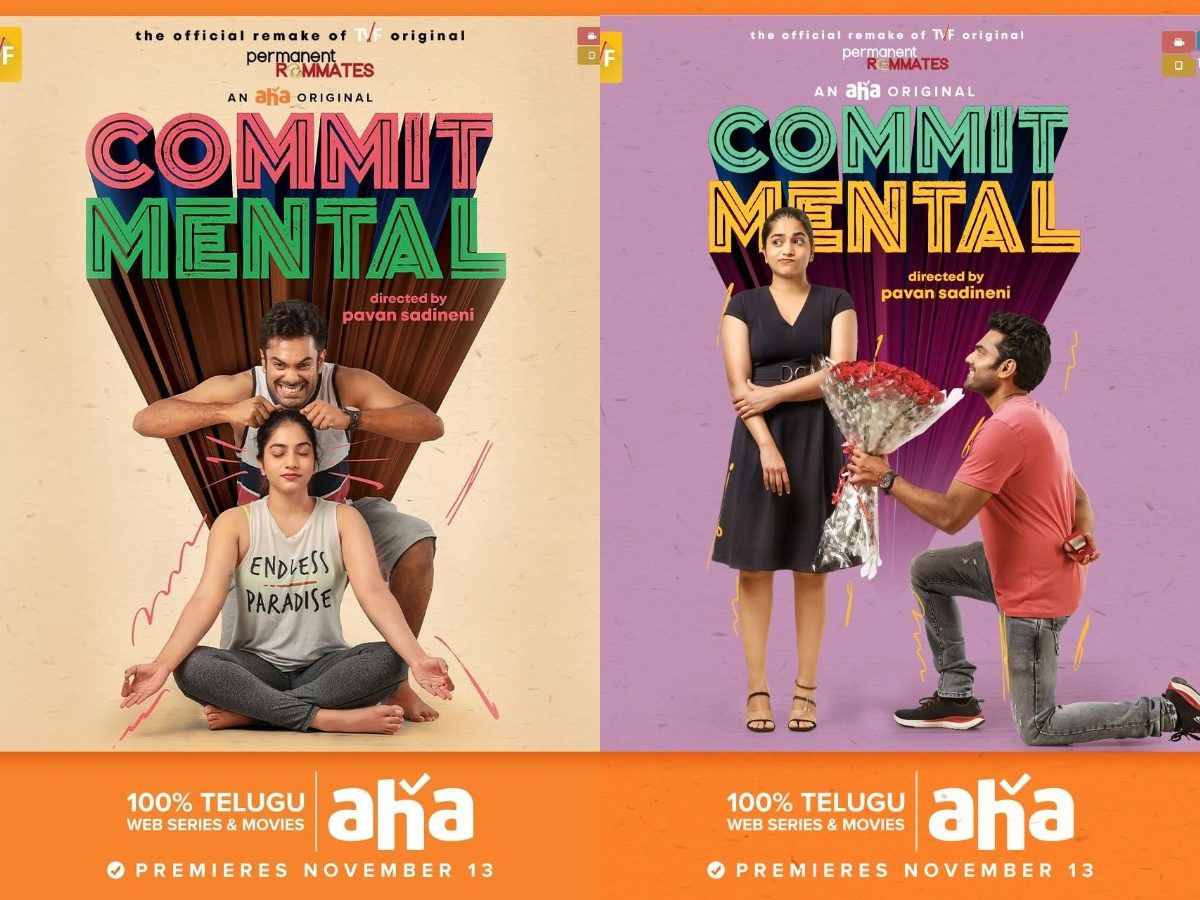 The other day, we have revealed an inside scoop of Punarnavi Bhupalam’s Engagement Hungama on Instagram. As we suggested, it is not for real and for the promotion of her Digital Debut, Commit Mental. The Web Series has Udbhav Raghunandan aka Chicago Subbarao as the male lead. The Relationship drama will premiere on Aha on November 13th.

Prema Ishq Kadhal fame Pavan Sadineni is directing this web-series. The makers also confirmed that the web series is the official remake of Permanent Roommates (2014), a popular YouTube series produced by The Viral Fever. Permanent Roommates revolves around a young couple, Tanya and Mikesh, who after being in a long-distance relationship for three years, face the prospect of marriage. Permanent Roommates is India’s first web series.

Udbhav Raghunandan (Chicago Subbarao) is a Youtube star. He is making a debut in OTT space. The couple play the roles of Anu and Phani. The First Look Poster also looks impressive. It looks like AHA is going all out for Diwali with multiple releases. Along with this web series, they also lined up two films – Anaganaga O Athidhi (starring Chaitanya Krishna and Payal Rajput) and Maa Vintha Gadha Vinuma (Starring Krishna and His Leela Couple: Siddhu Jonnalagadda and Seerat Kapoor) for the festival.