Home News 9 Outstanding Israeli TV Shows That You MUST Watch! 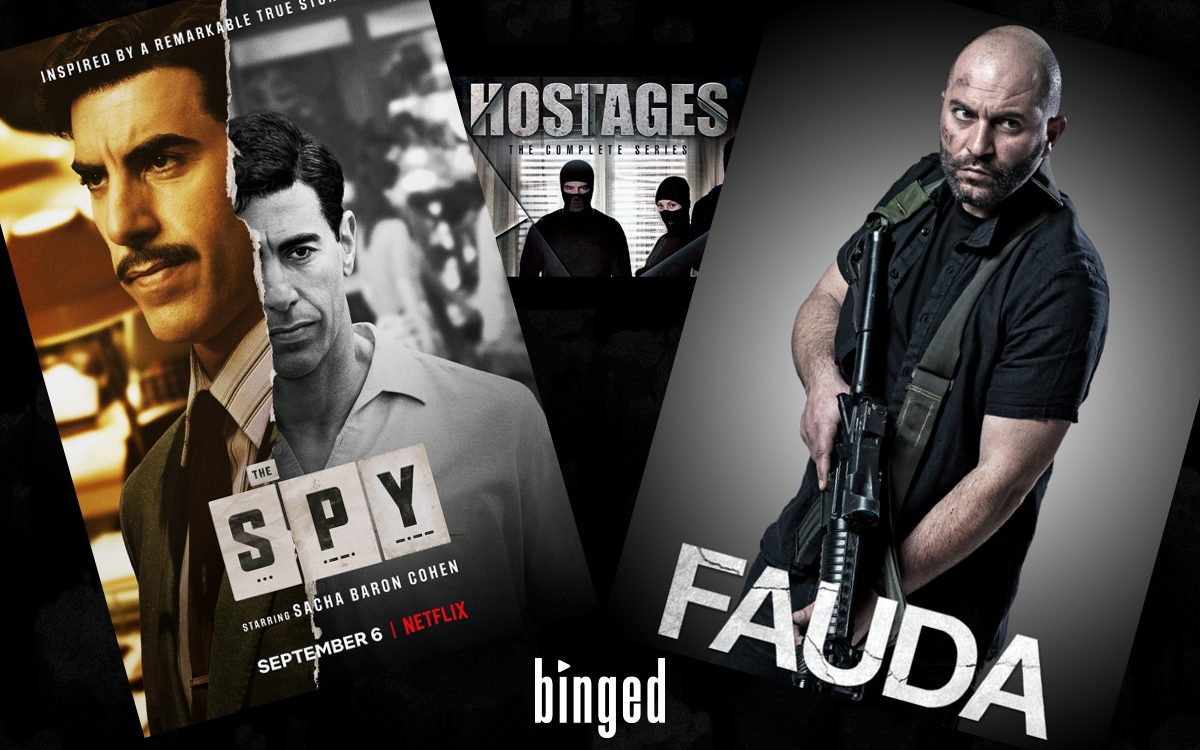 In the last few years various foreign language TV series have taken the world by a storm and one such country is Israel which has consistently been producing several acclaimed TV shows that range right from action-packed thrillers, emotional dramas to Jewish stories that shed light on the cultures and traditions of the country.

1. The Spy (Netflix) – Limited Series
A six-part spy thriller based on real life of Mossad spy Eli Cohen who went undercover in Syria in the ‘60s. Starring Sacha Baron Cohen it follows a cat and mouse chase between him and the Syrian authorities as the job takes an emotional toll on him. A definite must watch if you’re looking for a high-paced action drama.

2. Hostages (Netflix) – Two Seasons
A brilliant surgeon, Yael is set to operate on Israel’s Prime Minister when suddenly four men kidnap her family and take them hostage. This two season show has a stellar cast and captivating plot to keep you on the edge of your seat and sets new standards for the thriller genre.

3. The Baker and the Beauty (Amazon Prime) – Two Seasons
An Israeli romantic-comedy that follows a supermodel and a simple baker when they meet on a night out in Tel Aviv. What follows is an impossible love story that transcends all boundaries. The show has been ranked the highest-rated series in Israel and takes a humorous approach on Jewish divisions in modern day Israel by exploring love between two unlikely people.

4. The Jews Are Coming (YouTube) – Three Seasons
A satirical Israeli comedy with a fresh take on Jewish history. A series of rib-tickling sketches that cover everything from Abraham’s journey to Moses’ 10 commandments while providing a sensational perspective on secularism and Jewish culture.

5. Fauda (Netflix) – Three Seasons
This global success is packed with the right amount of action, drama and suspense to keep you binging all three seasons back to back. A show about an undercover army unit that infiltrates the West Bank to catch terrorists and in the process depicts a real and humane effect of war and the chaos that follows. Definitely watch this one if you haven’t already!

6. Mossad 101 (Netflix) – Two Seasons
This drama is another spy thriller that follows a fictional group of Israeli soldiers training to be Mossad spies. Starring Yehuda Levi and Hana Laszlo it chronicles the lives of soldiers who endure harsh challenges all while dealing with personal experiences. It’s the right balance of drama and light heartedness to keep you engaged throughout the two seasons.

7. Shtisel (Netflix) – Two Seasons
This drama is about a fictional family living in a religious internet-free neighbourhood in Jerusalem. It follows the Haredi family through fascinating and complex narratives all while hooking the viewers with stories of love, loss, heartbreak and family dynamics. It has been immensely popular in Israel for its authentic portrayal of orthodox Jews and filling the cultural gap in entertainment.

8. When Heroes Fly (Netflix) – One Season
The story of four veterans who reunite after 11 years for a special mission – rescue the girlfriend of one of the commandos who was kidnapped by a Colombian cartel. It’s a powerful show that depicts the real consequences of PTSD as well as the strong bonds that soldiers form in their wartime experience. It has been renewed for a second season so now is the perfect time to binge this one.

9. Homeland (Disney+ Hotstar) – Eight Seasons
Finally this list won’t be complete without mentioning this global hit TV show. This series is based on the Israeli show ‘Prisoners of War’ and follows CIA officer, Claire Mathison, suffering from bipolar disorder who is convinced that there is a suspicious setup by Al Qaeda involved in the rescue of a U.S. soldier. The narrative is gripping and the plot is explosive throughout the eight seasons, it’s one you wouldn’t want to miss if you are a fan of psychological thrillers.

You can watch these Israeli TV series right now on various streaming platfoems so tell us which one are you watching next?