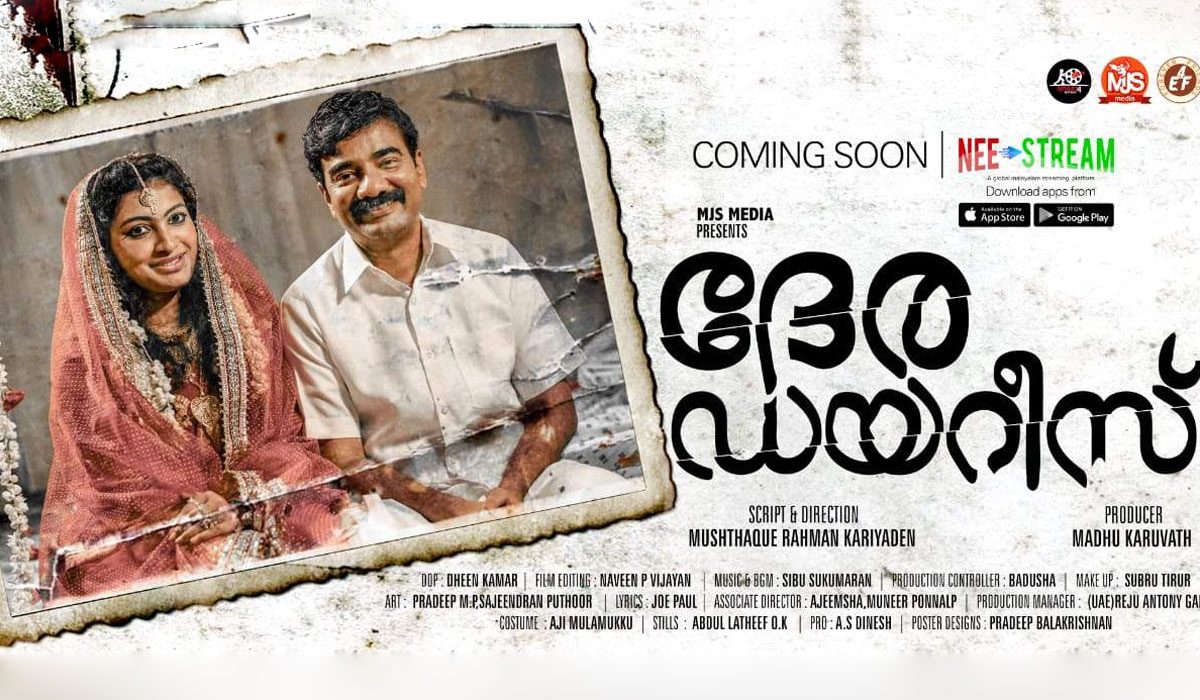 Neestream’s latest acquisition, ‘Deira Diaries’ is expected to release this week and the announcement was made at the beginning of March. When the film releases on the Global OTT platform, it will be the first Malayalam movie to be shot completely in the United Arab Emirates (UAE) and released after the Indian nationwide pandemic lockdown.

Written and directed by Mushthaque Rahman Kairyaden and produced by Madhu Karuvath, ‘Deira Diaries’ is a unique, one-of-a-kind story, different from the usual Gulf-based stories you see coming out of the Malayalam Film Industry. The movie follows a 60-year old Malayali who spent four decades in the Middle East. It shows the various people he influenced directly and indirectly and how it went on to affect their lives. This distinct film is expected to give the audience members a different look at life in the Middle East.

The trailer for this movie dropped at the beginning of this month on the official YouTube channel of Goodwill Entertainments. Although the plot of the movie is still pretty much kept under wraps, ‘Deira Diaries’ shows us a different version of UAE – starting from late 70s – all the way to the present time. Check out the trailer for the film at the end of this article.

The low-to-medium budget film stars Abu Valayamkulam and Shalu Rahim. ‘Deira Diaries’ marks the first time Abu Valayamkulam took on a lead role in a movie. Dheen Kamar worked as the cinematographer while Naveen P Vijayan did the editing for ‘Deira Diaries’. Sibu Sukumaran composed the music and background music, and Joe Paul penned the lyrics for the songs in the Gulf-based drama.

Deira Diaries will premiere on Neestream for streaming on March 19th 2021.