Home News Super Over on Aha Video: Chandini Does A Contrast To Colour Photo 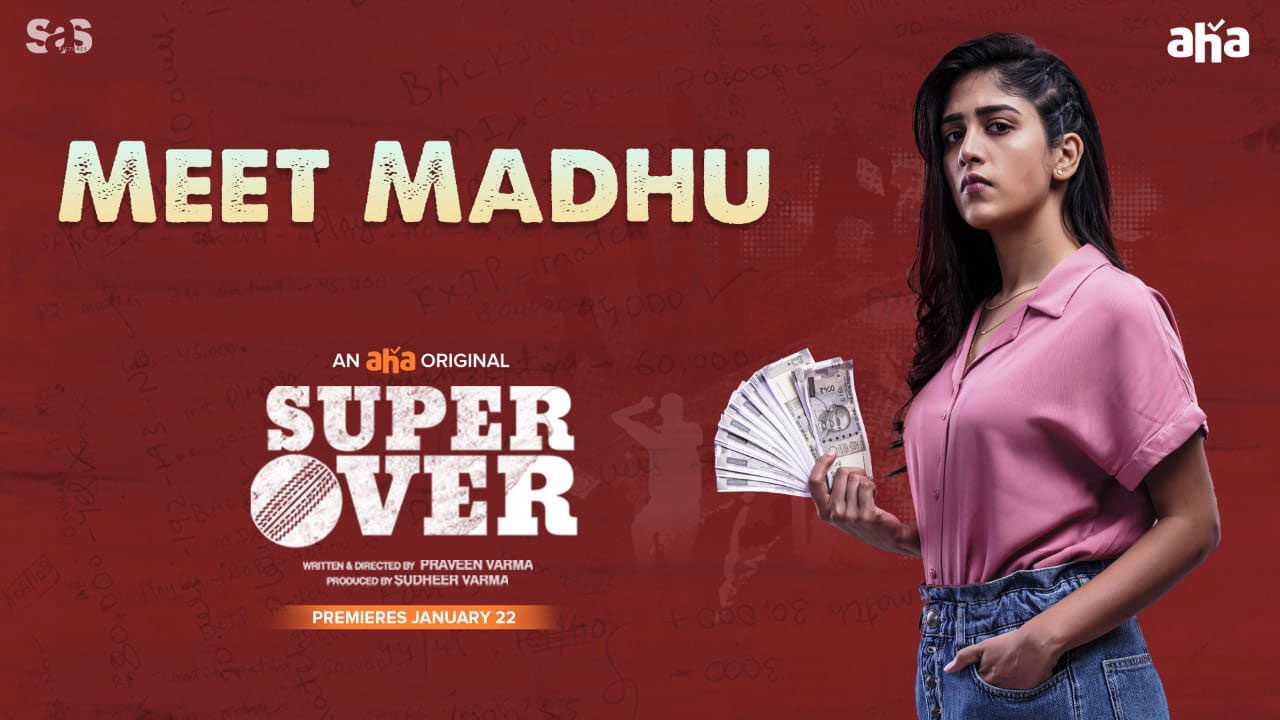 Regional Telugu Exclusive OTT Platform, Aha Video has announced the release of its Original film, Super Over on the 22nd of this month. Chandini Chowdary plays the female lead role in the film starring Naveen Chandra. The actress bagged a big hit with Color Photo which released last year on the same platform.

But then, this particular role in which she is called Madhu is in complete contrast to what it is in Color Photo. Chandini played Deepthi, a soft-spoken girl in Color Photo. Madhu is a rebel who drives a car like crazy and is a part of a robber gang. Madhu says never die and do not mince words when it comes to giving back time. “She is adventurous, fun, and a risk-taker”, the makers say describing her character in the film. The actress who had a memorable 2020 is looking to start 2021 with similar vigor.

The film directed by a newcomer, Praveen Varma, and is presented by filmmaker Sudheer Varma. It is no easy to make thrillers but we can never underestimate the talent that is coming out in the OTT space. Rakendu Mouli, Viva Harsha, and Ajay are seen in other important roles in this heist thriller. Sunny MR has composed the music.

She is adventurous, fun and a risk taker;
Watch @iChandiniC as Madhu, as she places her bets in the #SuperOver! 🔥