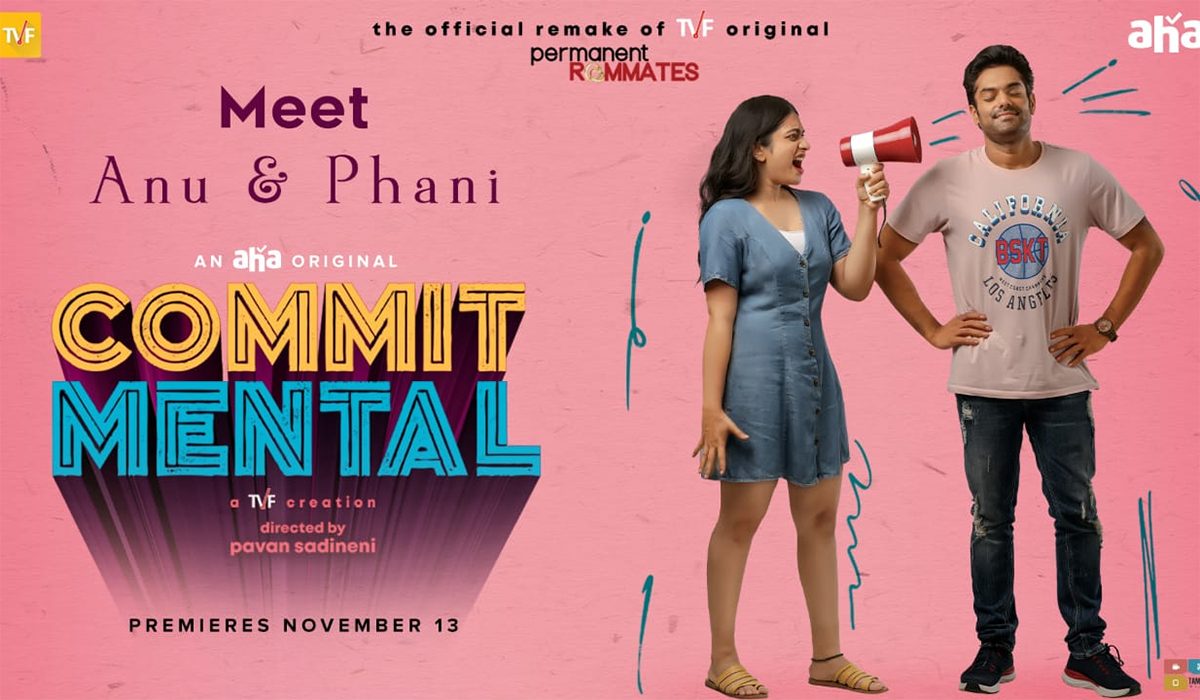 Commit Mental starring Punarnavi Bhupalam and Udbhav Raghunandan aka Chicago Subbarao is the latest AHA Original Web Series which will be premiering on the 13th of this month. The team released the first look teaser a short while ago. It is the story of Anu and Phani who are in love but separated by distance.

It is tough to match the expectations of the partners in long-distance relationships. The teaser shows how Phani irritates Anu while she is busy with her work at late hours. The concept definitely looks promising and so is the cast. The quality is also good. If the same translates into the series, AHA has a winner in hand.

Prema Ishq Kadhal fame Pavan Sadineni is directing this web-series. The makers also confirmed that the web series is the official remake of Permanent Roommates (2014), a popular YouTube series produced by The Viral Fever.

Udbhav Raghunandan (Chicago Subbarao) is a Youtube star. He is making a debut in OTT space. It also marks the Digital Debut of Punarnavi. It looks like AHA is going all out for Diwali with multiple releases. Along with this web series, they also lined up two films – Anaganaga O Athidhi and Maa Vintha Gadha Vinuma for the festival.