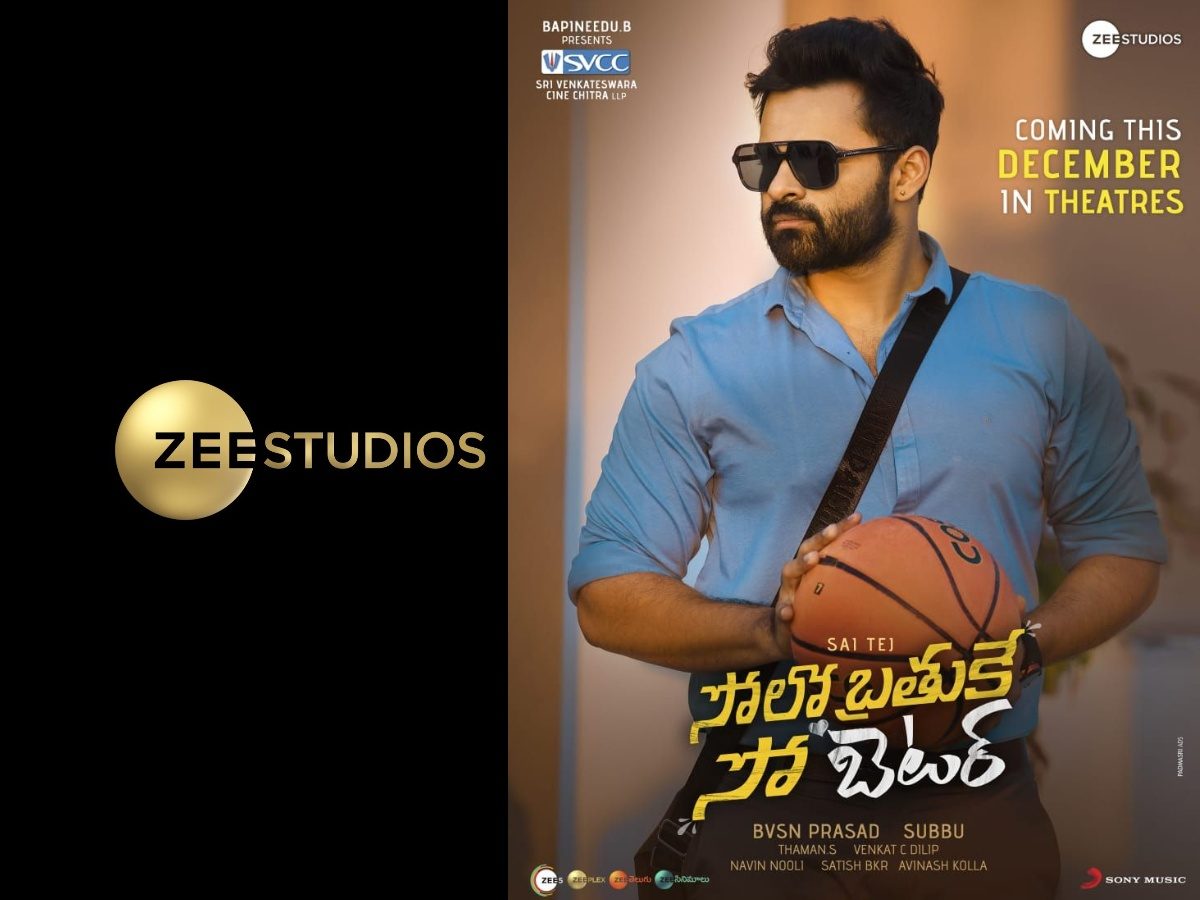 The story of Zee and the Telugu film, Solo Brathuke So Better starring Sai Tej has taken many twists. Initially, it all started with Zee bagging the satellite and digital rights of the movie. The movie was supposed to release this Summer but the Coronavirus Pandemic played the spoilsport.

With normalcy not in sight, the makers have negotiated terms with the Zee Group to have the film as a direct online release. Later, the Government has allowed the theaters to re-open with 50% occupancy and Solo Brathuke So Better was announced for December release in theaters.

Now, Zee Studios had made it official that it is partnering with the film for its theatrical release. We do not know the terms of the agreement but the movie will screen on Zee5 at a later date. Probably for the Republic Day weekend. This saga only indicates the uncertainty prevalent in the film industry during COVID times.

The theaters in both the Telugu States are yet to open. Solo Brathuke So Better is likely to release as Christmas Special. It will be the first notable Telugu film to try its luck in the theaters after the Pandemic. The movie directed by a newcomer Subbu has Nabha Natesh playing the female lead. The makers who have promoted the film all through the Lockdown will intensify them from this month-end.