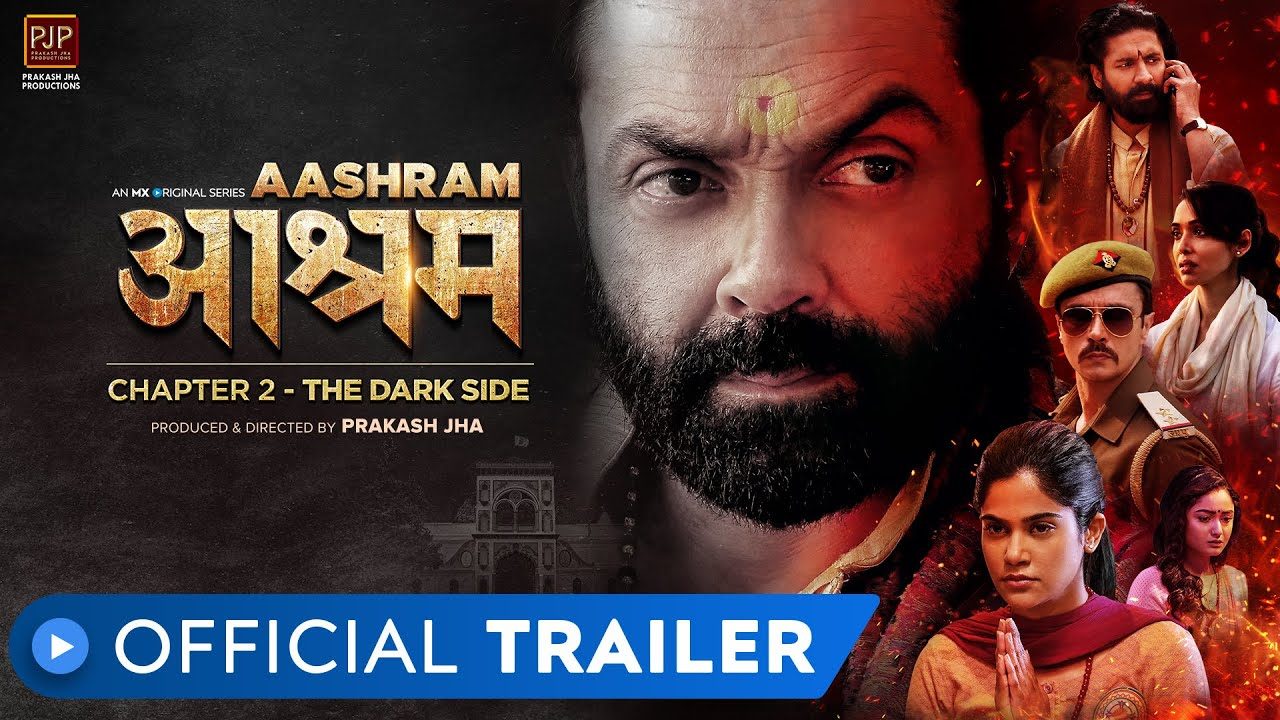 The trailer for MX Player‘s Aashram Chapter 2 – The Dark Side is here and this time it’s going be to be much more thrilling than before. The show that revolves around a self styled godman will take you deeper inside his dark world in this second chapter of Aashram, produced and directed by ace filmmaker Prakash Jha. Aashram Chapter 2 – The Dark Side will premiere exclusively on MX Player on 11th November, 2020.

The trailer begins with a huge crowd chearing for the ‘Kashipur wale Baba’ aka Baba Nirala (Bobby Deol) and later Pammi (Aaditi Pohankar) praising him for changing her life in front of a packed audience. While she blindly trusts him, she remains unaware of the fact that the one she considers Messiah is actually monster in disguise, feeding off young girls.

He will be seen making changes in the Aashram as per his whims and fancies that leads to Babita (Tridha Choudhury) gaining prominence in the Aashram apart from her growing relationship with Baba.

It is further revealed that Babaji’s influence has grown to 50 constituencies and his illegal drugs business is flourishing as well, with skyrocketing demand of his ‘laddoos’ (laced with drugs). He also has become a youth icon after collaborating with pop-star Tinka Singh (Adhyayan Suman). His rising popularity is attractive for the politicians readying for the upcoming state elections.

Meanwhile, in the Aashram, Pammi even after being warned about Baba’s wrong intentions continues to trust him unquestionably. But soon she gets sexually assaulted in an unconscious state about which she informs Baba too.

In the Aashram, things are getting ugly with hanging of girls and Baba getting advised for some reckless behaviour of his. But Baba doesn’t need anyone preaching him and makes this very clear.

What follows is a glimpse into the deep dark world of Aashram and how the investigation is way too complex than it seems. Will Baba’s truth come out in public in this new chapter? What will happen with Pammi and the risky investigation?

First chapter of Aashram on MX Player was quite a hit and was well received among the audience and this new chapter definitely looks much darker than the first. No doubt it makes for gripping thriller drama that will keep the viewers on the edge of their seats.

Produced and directed by Prakash Jha, Aashram Chapter 2 – The Dark Side is all set to launch only on MX Player on 11th November, 2020.