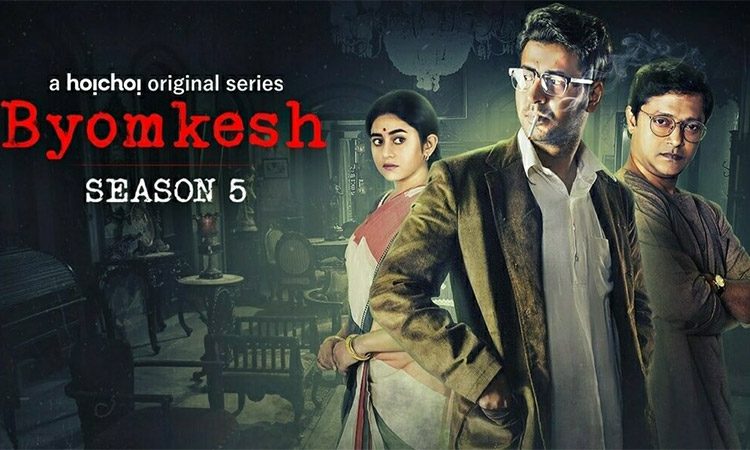 Byomkesh Season 5 on Hoichoi intelligently ties up two cheeky short stories from legendary writer Saradindu Chattopadhyay’s popular detective series (Dushta Chakra and Khuji Khuji Naari) set in the early 1940s where Calcutta is going through one of its direst phases in pre-independence history.

One of the subplots is about Bishu Pal, a paralyzed, elderly money lender who’s scared for his life after a debtor Abhay Ghoshal, the son of Bishu’s former friend warns him of worse consequences if he ever comes to ask for his defaulted money again. Meanwhile, a witty Rameshwar Babu asks a local detective Byomkesh to fulfill his last wish in a letter full of riddles that signify a deeper purpose. What possibly connects these two-contrasting cases? Byomkesh, our very own ‘seeker of truth’ is here to find answers… 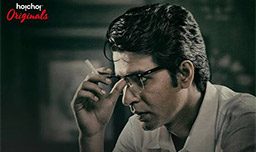 Anirban Bhattacharya is in prime form portraying the various dimensions of Byomkesh with confidence. His composure as a detective is arresting, his portrayal as a family man quite natural but the actor ought to have brought variety in his body language to portray the nonchalance one finds in Byomkesh. He feels too prim and proper while playing the role and one wonders if he could have added more quirks to an already fascinating character to create a better impact.

Suprabhat Das as Byomkesh’s loyalist Ajit Bandopandyay doesn’t have much to do in the series, but his subtle comic timing helps the actor tide above the limited scope of the role. Ridhima Ghosh in the role of the protagonist’s better half boasts of an assured screen presence and her conversations with Anirban are among the brightest spots of the series. The other supporting actors play their part in staying true to the spirit of the stories, if not outshining the lead cast.

Byomkesh has been a detective who, despite his regional leanings, has surprisingly been strikingly universal with his appeal, resonating with several readers, film spectators in multiple languages beyond the heart of Bengal. Despite the dissection of the character in various media over the years, it’s never too late to reinterpret the wily simplicity of Byomkesh, more so in an era full of woke millennials where street smartness is undervalued.

While Hoichoi’s inconsistency with its shows may have cast doubts about its ability to resurrect Byomkesh, to the viewer’s surprise, the streaming portal has probably delivered one of its best mini-series to date. In just over an hour and a half, the director, cinematographer Soumik Halder transports you to the 1940s of Bengal with much authenticity and sans any fuss.

Taking viewers through one of the darkest, under-discussed chapters of the region’s history i.e. the famine, the director interweaves two personalized stories of deceit and revenge into the backdrop. While the two stories have their individualistic charm, the storyteller is successful in utilizing a historic base to blend them into a single unit. Beyond the minor alterations to the backdrop (which are largely effective), the show-makers stay true to the essence of Saradindu’s original. 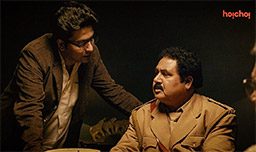 The interesting mythological parallels that the writer draws with his characters, where he calls Rameshwar babu more of a Dasharatha (Ramayana) than a Bheeshma (Mahabharata) and his pugnacious daughter-in-law a Kaikeyi (Ramayana), tell you the precision with which this universe is built. Lines like ‘ a detective also is born out of the pen of a writer’ lend an exclusive literary touch to this neatly executed series.

Those familiar with detective thrillers of the West may not find the deceit and its unraveling in Byomkesh as compelling, but the series is also aimed at history and cultural enthusiasts who seek a deeper understanding of the real incidents amid which it is premised. The softer touches also lend finesse to the storytelling – say, the playful chemistry that Byomkesh shares with his wife Satyabati and writer friend Ajit. The series also presents the socialistic dimension of Byomkesh, his guilt about not being able to do much to the society he’s a part of.

Byomkesh is truly atmospheric in its execution and relievingly, it doesn’t make the already ‘simple’ premise feel more ‘simplistic’. But, the show misses the sarcasm and the humor of the seasoned detective. Here he’s too stiff, faultless and politically correct. And the showmakers could have done better than referring Calcutta as Kolkata in the 1940s of Bengal? Yet, these follies feel like minor nitpicking in a show whose heart lies in the right place.

It’s disappointing when the makers of a series based on an iconic Indian character lift a background score from a Hollywood film, here it’s Marvel’s Black Widow. Though the other portions of the series have a background score that sustains the chills and tension of the story, the very obvious plagiarism is a dampener for a viewer. The precise dialogue, sharp cinematography, and the immaculate art direction indicate a team that’s very well in sync with its collaboration.

Byomkesh Season 5 Review by Srivathsan NadadhurFollow us on Google News