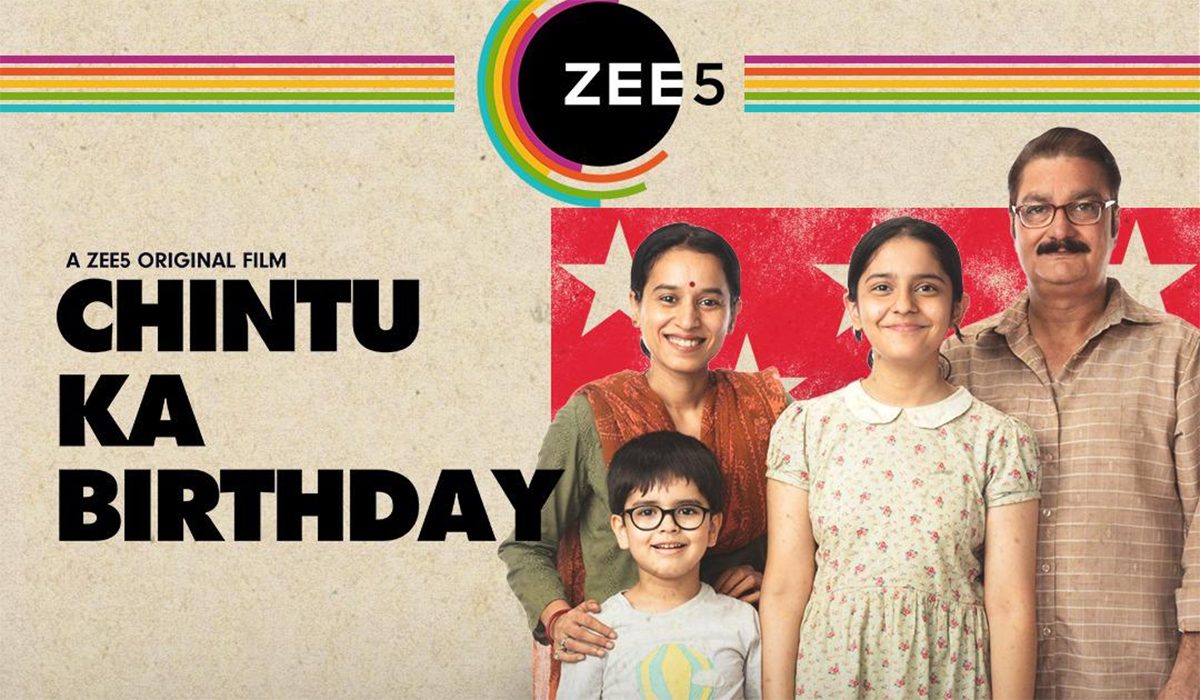 BOTTOM LINE: An Enchanting Story That Shakes You out of Lockdown Boredom

Skin N Swear: None, except for one or two F-words here and there 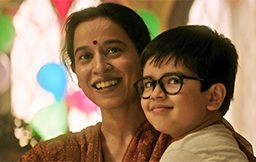 Circa April 2004. In the aftermath of Saddam Hussein’s downfall, an immigrant family from Bihar is stuck in war-ravaged Iraq, desperately waiting to be evacuated by the Indian government. The Tiwaris are a modest, peace-loving, slightly naïve family, shell-shocked by the events of the past year when Baghdad was overrun with American soldiers. Most disturbed by the upheaval in their peaceful lives is little Chintu, the youngest member of the family. The narrative takes place in the course of a single day – the day of Chintu’s sixth birthday. Chintu has but a simple wish – to celebrate his birthday, with all the bells and whistles his six-year-old brain can dream up – cake, ‘tafee’ to distribute to his friends at school, and a party at home for 25 of his friends. But fate, and the ‘America-wale uncle’ (his description for then POTUS, George W Bush) have other plans. A couple of American soldiers, suspecting the family of being sympathisers of Iraqi insurgents, invade their home and stay put. Will Chintu’s birthday be celebrated as he wishes it to be? Or will it be disrupted like last year, when Iraq had just been occupied by America and allies? 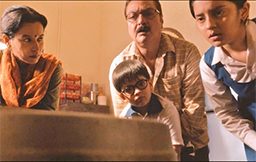 In a story such as this, confined as it is within the crumbling walls of a threadbare home, it is the performance of the cast that has the onus of uplifting the narrative from a mediocre also-ran to a class act. And the thoughtfully-chosen cast rises to the occasion admirably. Vinay Pathak owns his role of a devoted, unassuming family-man with dexterity. He has the ability to conjure up around him, a forceful aura of whatever character he is playing, and he does it again in his role of the flawed patriarch of a doting family. His act of a genial, gracious man, whose only concern is the happiness of his family, is impeccable. Just one thing – for far too long now, Vinay Pathak has been trapped in the mould of the too-good-to-be-true everyman. We wonder what magic the man would bring to the table if cast as a psychotic serial killer or an unhinged mafia boss.

Tillotama Shome, as Madan’s supportive, believing wife, is compelling as always. Her wry physicality lends emphasis to her role of a loving Bihari housewife, even as she deploys every expressive facial feature to beautifully convey the nuances of her character. Seema Pahwa, as Madan’s disgruntled mother-in-law and caring nani to the kids, puts in a worthy act. But it is the kids – Vedant Raj Chibber and Bisha Chaturvedi as Chintu and his elder sister Lakshmi – who elevate the narrative to a soulful drama. Vedant is superb as the adorable Chintu, never hitting a false note in his entire act. He renders his dialogues and his role with the particular candour that is the undisputed domain of kids, leaving behind a memorable performance. Bisha Chaturvedi is outstanding as the precocious elder sister, with a dialogue delivery that is commendable. A special mention is a must for Mehroos Ahmad Mir, who plays Chintu’s friend, Waheed. His performance as a bright and badass Iraqi kid, who’s learnt to live with – and profit from – the terrifying situation in his country, is lively, bracing and confident. Notice the mortification he conveys when he realizes the misfortune brought upon Madan by his innocent deeds. Also notice the censuring look cast upon Waheed by a suitably angry Chintu – two standout moments in the kids performances.

The story that unfolds through the lens of Chintu’s six-year-old perspective is neither new nor extraordinary. What transforms a seemingly simple story into an impressive piece of work is the treatment meted out to it by the writer-director duo, siblings Satyanshu and Devanshu Singh. The narrative flourishes by the deploying of delightful dialogues and well-constructed sequences. Tiny instances stud the narrative to straightaway strike a chord with the viewer. The interactions between nani and the two kids; the discussion of how many birthday toffees must Chintu give to each kid at school; the nuances of the character of Madan’s landlord, Mehdi (Khalid Massou), an Iraqi who’s lived through the terrible consequences of his country’s history of violence; the way each of the elders cautions Chintu to not worry the other family members – every moment speaks to the viewer in its own way. 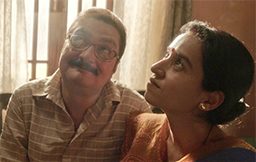 The narrative also touches upon disturbing issues in a not-so-disturbing manner, merely skimming the surface of the subjects, but enough to shine a spotlight on them – a godforsaken Indian family stuck in a strife-torn country because of famous Indian red-tapism; the ravages that constant war has wrought in the middle east – through scenes such as the one when Waheed scorns the American soldiers for destroying their school building; the American’s angst at the brutal beheadings of his countrymen at the hands of merciless terrorists – harking back to the times when videos of similar beheadings would routinely do the internet rounds – each sequence tells a story of its own.

The story has its share of cheesy moments – the patriotic ring tone is one such. You know the cake will get charred, that Madan will clean and bandage the American’s wounds despite being bashed up by him a moment ago, that the family will offer cake to the American soldiers. Even the end, for that matter, is cheesy as hell. But the heart and soul of the story is in the right place; and it is that which ultimately makes Chintu Ka Birthday an endearing watch. 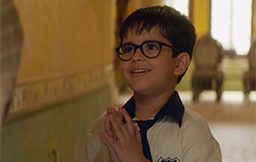 Director of Photography Siddharth Diwan has done a terrific job with the visuals, given the constraints he has to work under. The entire film is shot in that one closed space, but the mundaneness doesn’t rankle even for a moment. Siddharth’s photographic prowess suffuses the Tiwari home with a constantly warm, glowing, homely feel, awash with affecting emotions. The sound design by Bishwadeep Dipak Chatterjee is an entity by itself. The first bomb blast, when it takes place immediately after the sweetly lulling folk song, jolts the viewer into attention – a testament to the great sound work. The editing by Charu Shree Roy is sharp and crisp, while the music by Naren Chandavarkar and Benedict Taylor is perfect. There is no space for songs in the movie, yet, Bhupesh Singh’s composition of the folk song, ‘Tikuliya’, rendered beautifully by Tillotama Shome and Seema Pahwa, is a welcome diversion.

The animated sequences that tell the Iraq story in a crisp, entertaining format are innovative and engaging. Animation designer and visualizer Abhinav Shaw has done a marvellous job in conveying a difficult concept in an easy-to-digest form. The inclusion of iconic scenes, such as the felling of Saddam Hussein’s statue in Baghdad’s Firdos Square, coupled with Chintu’s humorous commentary, elevate it to a notch above the ordinary.

The painstaking attention to detail

The almost-perfect incorporation of dialect – both Bihari and Iraqi

The innovative use of animation