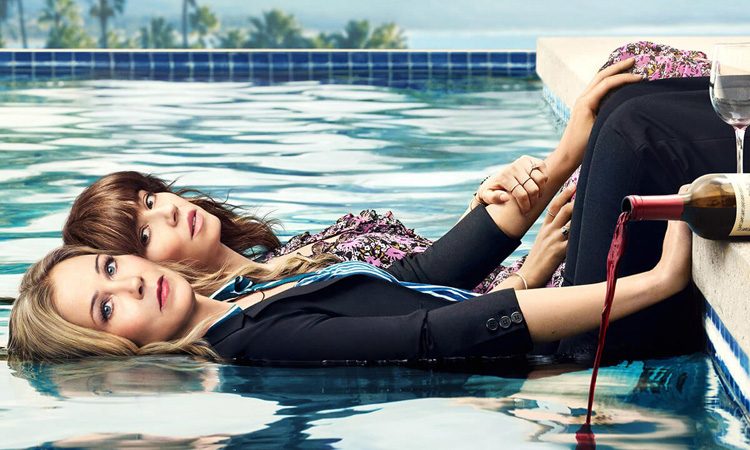 Dead To Me is a journey between two characters Jen and Judy. The former is a grieving widow, and the latter is going through a personal crisis. How the two meet and become friends and is there any powerful secret hidden somewhere is the basic storyline of the series? 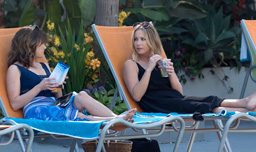 Christina Applegate delivers an incredible performance as a widower with an anger issue. Every episode has a scene or two showcasing her potential as an actor. Her every angry outburst is done amazingly and naturally.

A character like Jen could quickly go wrong and become unbearable, but Applegate makes it unbelievably relatable with her act. The writing helps a great deal, but the actor still has to deliver. From the initial awkwardness to the bonding with a fellow female, the turn as a mother, relationship with the mother-in-law, pressures of a working woman, all these various emotions are wonderfully portrayed never once coming across as overdone or repetitive.

Multiple directors are behind Dead to Me, but there is never a feeling of tonal inconsistency. Right from the start to the end, there is a consistent tone in anger, drama and comedy. It doesn’t change, and neither does the intensity.

As we have mentioned previously in our early impression of the series, the opening and the set-up of the conflict is neatly handled. The best part of the whole series is that there is no rush, and at the same time, it doesn’t feel slow either. The pacing is correctly done.

Storywise, Dead To Me offers nothing new when looked at the surface. It is a typical commercial subject that is seen from many decades which also includes the Telugu cinema. However, most of the times, the story is presented from the male perspective. Dead To Me is entirely from the female perspective, and that’s where the freshness lies. 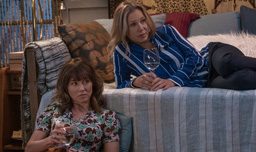 All the latest female-centric subject tropes are blended into the narrative without making it overstuffed. The writing and performances along with adept direction share the credit for the smooth story. One is always at the edge considering the characters as to what happens next which is another reason why Dead To Me is engaging.

The problem with Dead To Me arrives in the middle where we feel like the narrative is getting expanded due to the inclusion of certain characters or similarly expansion of others. It feels so because at the end, barring one, others are left untouched. There is no conclusion to those tracks.

Still, despite the drawbacks, the length feels alright. After some recent outings where the proceedings are trimmed heavily for a very lean narrative, it feels nice going through a drama that contains fillers. A sense of completion is felt, even though the climax is left open-ended for a new season probably.

Dead To Me, therefore, is an engaging and satisfying watch with well written and acted parts. They hold the narrative together and make it a must watch despite a routine plot.

Linda Cardellini is the parallel lead in the series. Her character and performance compliment the act of Applegate. Without one, the other would feel incomplete, and the narrative would not work. That is how integrally they are intertwined into this tragic-comedy. An inferior actor would have been buried under the act of Applegate, but Linda holds her ground throughout. She becomes annoying at times, much like Applegate, but both are necessary.

The rest of the cast too is spot-on. James Marsden fits the bill perfectly, and he delivers the required adequately. At times he overdoes the being cute part, but those moments are few. Max Jenkins defines an adorable aide act with his excellent portrayal. Sam McCarthy and Luke Roessler also get a few scenes to shine. Brandon Scott is useful in the limited time he appears. It is the same case with Valerie Mahaffey who plays the typical mother-in-law part. Small time recurring artists like Diana Maria Riva and Edward Asner also standout with their well-enacted roles.

Adam Blau’s music is pleasant, and it helps in keeping the narrative light and not be burdened with heavy emotions. The cinematography by Daniel Moder is delightfully pretty. The tone that is set gels well with the action and writing on the screen which makes us understand how every department is in sync with one another. The editing by Liza Cardinale and Nicole Brik is slick. The writing is beautiful and presents the various emotional ups and down and actions well.

Dead to Me Review by Siddartha ToletiFollow us on Google News