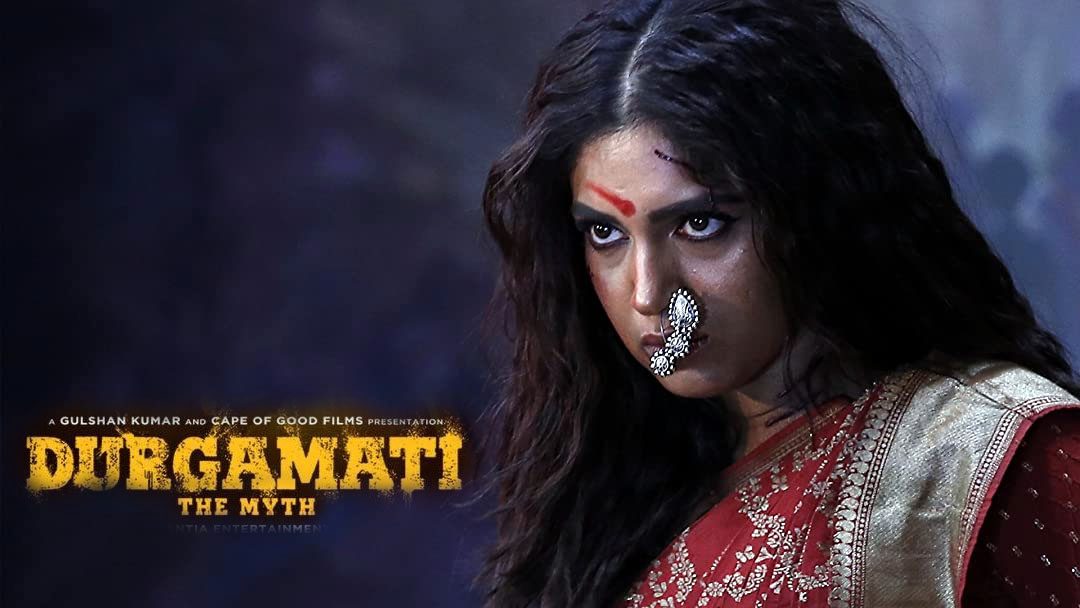 A jailed IAS officer Chanchal Chauhan (Bhumi Pednekar) is interrogated by the CBI to find information to malign Ishwar Prasad (Arshad Warsi), who is gaining a significant following among the masses as a leader.

A specific location is chosen for the interrogation to avoid public glare. What happens during the process, and why is Chanchal in the jail in the first place?  Did CBI get the information they want? How the ghost of Durgamati is related to all this is what the movie is all about?

Bhumi Pednekar has done a decent job playing the character of Chanchal. It has enough moments to show her histrionics, but the pitch at which the narrative operates is where the problem lies.

A movie like Durgamati does not require thespian acting skills, even though it offers a lot of moments to act. Here the ‘acting’ has to come with a mix of star appeal. The lead has to exude certain charisma and requires a screen presence which helps the audience to overlook larger than life disbelief stuff. Bhumi Pednekar fails in this aspect despite her sincere act.

Director Ashok who has handled the original directs the remake as well. The story of Durgamati is a pleasing potpourri of commercial elements which throws some surprise until the end. He has executed it neatly in the original. Can he repeat the same with its remake, is the question on everyone’ mind?

Unfortunately, the answer to the above question is thumping no. Right from the start, Durgamati gives the vibe of a movie where everything seems to be going through the motion lifelessly. There is no energy to the proceedings as the writing lacks the bite.

The gripping quality that is so essential for narratives mixing drama and thrill is missing. We get a sense of watching a low-grade production and the dialogues further add a dubbed feel to it. Ashok is remaking the whole thing as it is but the soul of his original isn’t replicated here.

All the key moments fall flat. It also doesn’t help that they are meant to be consumed theatrically. A cinematic experience on the big screen only can elevate the stock horror thrill moments seen for a large part in the first half.

The transformation portion where Chanchal is taken over by Durgamati also lacks the wow factor. The original traps into a canonical archive of Anushka (playing such parts) that doubles the impact and thrill. With Bhumi Pednekar, there is no such incentive. She has to pull it off entirely on her acting talent alone along with the director’s effort. It sadly doesn’t come together the way it should and looks so forced and gets into a spoof zone.

The second half, like the original, is comparatively better due to the story. The truth and twists are revealed in this half. We had felt them be predictable in the original itself, making it an average fare. Here, it is even worse due to the failure of the entire first half and overall lackluster execution.

The climax is decent if the twist works out to the individual. It didn’t happen for us. In case it doesn’t and the whole thing looks predictable, then there is no hope at all.

Overall, Durgamati is a flat and lifeless remake of a moderately thrilling original. The poor writing and low making standards further mar the prospects.

The key characters in Durgamati are decently cast. We are talking about the supporting cast with the likes of Jisshu Sengupta, Mahie Gill, and Arshad Warsi playing critical parts. They are adequate and do their job as is expected of them.

It is the other smaller parts that fill the world of Durgamati where it falters big time. The comic actors, for example, are terrible. One among them is Telugu actor Dhanraj who makes his Bollywood debut here.

The music by multiple artists is decent with a song being soulful to hear. However, the background score is crucial here compared to the songs, and it is weak. Jakes Bejoy fails in elevating the thrilling moments with his BGM as simple as that. The cinematography Kuldeep is visibly poor, giving the impression of a Television movie. The editing by Unnikrishnan is alright. The writing is below par. It is mostly a faithful translation of the original without keeping the sensibilities of the newer version in mind.