Home Reviews Evening Shadows – A TV Soap in the Garb of a Film
Binged Rating1.5/5 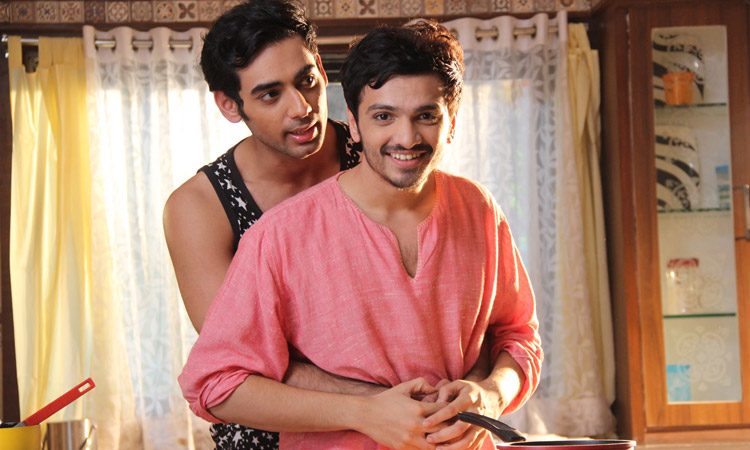 BOTTOM LINE: A Melodramatic LGBTQ Story That Feels Like a Television Soap

The film deals with the repercussions of a conservative family based in the interiors of Karnataka when their photographer son Kartik (Devansh Doshi) comes out as a homosexual. The revelation turns the world of Kartik’s mother (Mona Ambegaonkar) tipsy topsy and expectedly, the path towards acceptance is a rocky one. The conflict worsens when Kartik’s father Damodar (Ananth Mahadevan) is tireless in his pursuit to get Kartik married to a girl of his choice. Things never remain the same, as reality sets in. 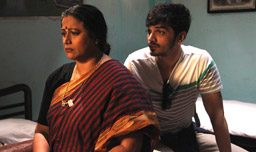 After the initial Nirupa Roy-like reactions to her son’s sexuality, veteran actor Mona Ambegaonkar’s experience shows when she lets her expressions, histrionics do the talking over her dialogues. Ananth Mahadevan, though, wears this forever-disgruntled expression, playing a conservative father to Kartik and makes the viewer feel as if he wasn’t given his pay cheque for this film. Devansh Doshi underplays his part well, but the lousy writing weighs down his sincere efforts.

For the poetic depth the title has, there’s little going in favour of Sridhar Rangayan’s Evening Shadows. The director Sridhar Rangayan deals with the emotional turmoil between the son and the parents in this coming-out story. His approach, though, is more like a television soap, where melodrama precedes over authenticity or reality. Despite the done to death theme, it’s small-town setting still makes for a poignant and a relevant idea for a filmmaker to ponder over, especially when the taboo surrounding the acceptance of the LGBTQ community in the country is still a reality.

The backdrop in which the director establishes his story indicates that the director hasn’t quite done his homework well. For instance, Kartik’s is a Tamil-speaking family based in Karnataka. It does feel very odd that this family speaks more Hindi than their mother tongue or the state’s language Kannada (which is non-existent in the film). Even the Tamil spoken here mostly doesn’t go beyond two words, ‘kanna’ and ‘parvaille’. Some authenticity to the backdrop or a mere disclaimer proclaiming cinematic liberty would have surely helped. 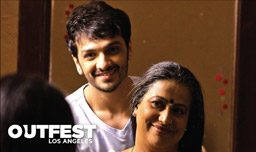 To give credit to Sridhar Rangayan where it is due, he scores brownie points for his discussions on how closeted gays do exist in families and does his bit to raise an alarm about child/sexual abuse. As a storyteller, he succeeds during the coming-of-age segment where the mother gradually accepts her son, the way he is. The mother-son dynamics are established well, especially when the son helps her mother find a voice and carve an identity of her own in a Brahminical setup. However, this is a film that the director ought to have made with more flavour, detailing and juice for its sensitive setup and characters.

Being a film with only a handful of characters, there’s not much scope for the supporting artistes to make an impression here. Abhay Kulkarni, who plays an uncle to the lead character Kartik, brings some authority to his role as a closeted gay. Veteran actress Yamini Singh’s efforts to bring liveliness into the proceedings are more annoying than pleasing. Arpit Chaudhary, in the shoes of Aman, the love interest of the lead character, is barely impactful with his performance.

Composer Shubha Mudgal’s attempt to lend a classical Hindustani touch to the music is far from appealing. Suresh Iyer’s screechy background score only worsens a viewer’s plight. However, in terms of cinematographic value, Evening Shadows does capture an untapped side of Karnataka. Cinematographer Subhransu Das helps build the rural atmosphere with much authenticity, be it the households, the temples or the lush green fields. One would have wished the painting was as enriching as this canvas. Despite the 101 minute length, the narrative hardly had any bite.