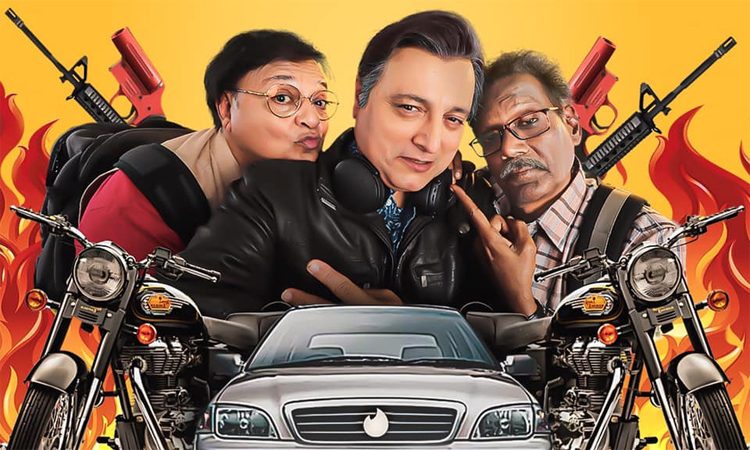 Fathers Vol 2 or season 2 is the new presentation of The Viral Fever, which is dominating the OTT space with quality content. Fathers is another classic example.

It is about three fathers who want to be updated to the current generation and be cool parents to their kids. Each episode looks at various efforts being put in by them in a short gag form with a punch. The season one delivers on the fun and is rip-roaringly hilarious after a decent take-off episode.

The second season brings a different set of actors, technicians and directors in similar space. The idea is to recreate the fun of the original with a newer set of “latest trends”. The fathers need to be updated about them. So, we have a road trip, viral video, pubg etc. as content for the jokes.

The topics for fun are all relevant and latest ones, but season 2 fails in the execution. Prem Mistry, the director, gets the blame as he is not able to bring a consistent tone. The whole thing looks forced and unnatural despite the actors trying very hard to be.

Manoj Joshi, Virendra Saxena, Rakesh Bedi are sincere and earnest, but one can’t help but feel uneven casting where each one seems to belong to a different school of acting. It makes the actors look like trying very hard to create that effortless bond and chemistry of old-pals. They don’t seem to be in sync with each other, which were not the case earlier.

Still, there are a few moments that shine due to consistent writing. But, it doesn’t save the whole thing from coming across as disappointing.

Overall, Fathers Vol 2 is one of the rare outings from The Viral Fever that doesn’t connect at some level or other. It is extremely short in length and yet manages to induce cringe and awkwardness while watching.