Home Reviews Hum Tum And Them Review -A Guilty Pleasure That Disintegrates While Reaching...
Binged Rating5.5/10 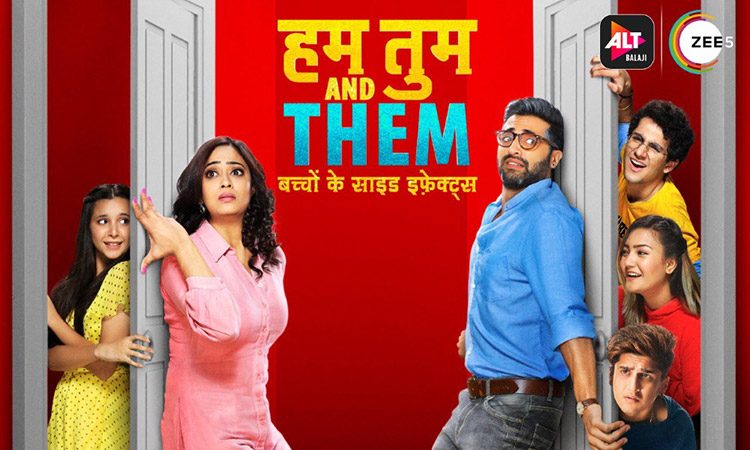 BOTTOM LINE: A Guilty Pleasure That Disintegrates While Reaching Its End

Shiva (Swetha Tiwari) is a recently divorced mother with a kid Jahan (Sara Gesawat). Yudi aka Yudhishtir (Akshay Oberoi) is a single parent with three kids.

Shiva is all about parenting and responsibility, whereas Yudi is a free-spirited soul who does what he thinks without thinking of its consequences on people around him. How the two characteristically opposite individuals with a similar set of problems meet and form a relationship? Do the children accept their coming together is what the series is all about? 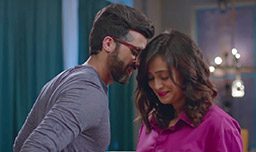 Swetha Tiwari is a treat to watch in the series. She looks like the mom that every kid would want. But, the role offers more to her, and that is where she shines. Swetha Tiwari charmingly and engagingly presents all the various insecurities and patriarchal induced social awkwardness through her character. It is all neatly embedded into her part, so that is also helpful.

The chemistry Swetha Tiwari shares with Akshay is superb. The age issues are brought in equal measures and add to the fun. There is over action in the dramatic moments. It wouldn’t have been a problem, but it is due to the repetitiveness. Still, all said and done, there is so much to like and love than hate.

Sahir Raza has a simple, identifiable, and oft-repeated storyline in Hum Tum Aur Them. Still, he makes it work to a degree, and that is mainly a combined effort of writing and acting.

The typical tackiness visible is web series begins the proceedings of Hum Tum Aur Them as well. However, soon we get engrossed in the proceedings towards the end of the first episode itself when Shiva and Yudi interact for the first time. It sets the tone for what to follow.

The show then continues with entertaining bits peppered throughout the narrative. They all register on an individual level initially due to the topics that are brought. All the modern urban life clichés seen through the middle-class Indian patriarchal sensitivity are ticked one by one. Independence, topics related to sex, feminism, live-in, spoiled kids, and entitlement and so on – they (and more) are all part of the narrative. It helps in providing the juicy bits to the proceedings. The lead pair all along make those moments work with their spontaneity and chemistry. 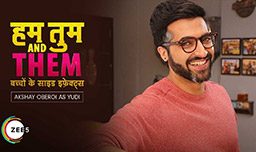 It is all fine until the final few episodes when the story takes a serious turn. It is during the live-in relationship that dramatic shift happens. Since then, the proceedings drag to reach an expected climax. Even here, there are relatable moments, but the screenplay gets repetitive, and the narrative heads into a tailspin. The writing also loses all the fun and becomes bland.

The final few episodes, basically take away the fun and engaging nature of the show. The way the various characters reach hysterical levels without any control adds a jarring feel. And finally, the climax, although understandable, seems unsatisfactory. It is more so because, if that was the intended end, it could have come much earlier. The dragging preceding the conclusion seems never-ending with all the predictable things happening.

Overall, Hum Tum Aur Them is still a watchable fare due to the charming leads. There is genuine chemistry between them, which helps us go with the flow, even when the narrative has visibly lost its momentum. Give it a try, but skip to the end, after the fun ends.

Akshay Oberoi is perfect for the role of a charming middle-aged man who is still youthful at heart. His body language and demeanour makes the whole act believable. The chemistry he shares with Swetha lights up the proceedings making even very routine things to work, and over-action palpable.

The four kids, Bhavin Bhanushali, Gautham Ahuja, Aashika Bhatia and Sara Gesawat have distinct characterisations that make them all register and not looks lost in the crowd. They have moments to deliver. Bhavin Bhanushali is the best among them with a consistent arc. The rest have portions where they seem alright, but in the critical scenes, they are out of control of their emotions. They are screaming and screechy getting on our nerves.

Trupti Khamkar stands out due to the dialogues she gets to mouth more than the acting. The same is the case with Mansi Multani. The former gets the better lines, though. Nikhil Sanga is decent. The rest are okay. 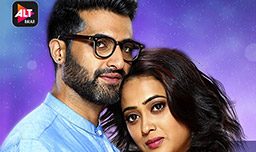 The music (songs and background score) is a mixture of various songs from popular Bollywood film, and original numbers composed for the series. The ‘songs’ are fine and help in creating a mood, but the background score is a disappointment. It is loud and adds to the cacophony overall. The cinematography is weak, suggestive of a low budget production. The writing gets the fun parts well but loses when it comes to emotional drama.