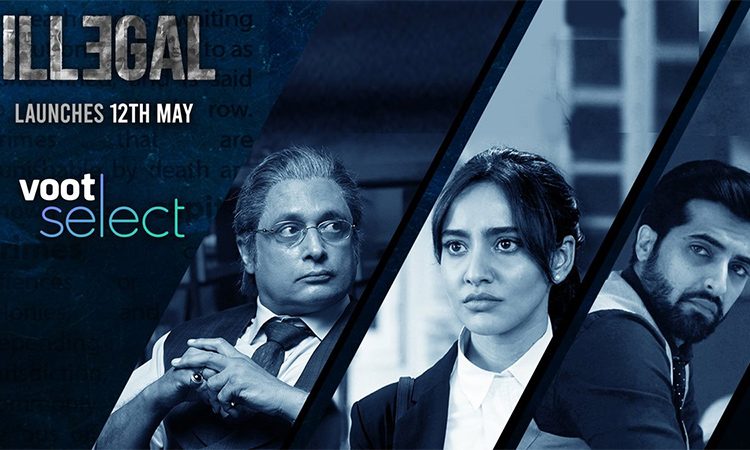 A young, ambitious lawyer Niharika Singh is ousted from her law firm for standing up to a colleague raped by her superior. The colleague’s decision to step back from pressing rape charges against him baffles Niharika, as she lands a job at the firm owned by country’s most popular criminal lawyer Janardhan Jaitley. Niharika’s dysfunctional past keeps haunting her – be it her childhood or her failed love life. Incidentally, Janardhan Jaitley’s son Akshay is her ex and worse, she’s allotted a case that takes her back to those dark chapters in her life she didn’t want to revisit. She’s simultaneously asked to take up the case of Meher Salam pro bono, who’s yet to be executed despite a hang-unto-death verdict pronounced by the court 15 years ago (after she murders four of her family members). The cases help her come to terms with the stark realities of the judicial system (and justice) like no other. 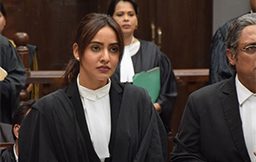 Neha Sharma gives it all for Illegal – her assurance as a performer as she comes to terms with a conflicted character is a delight to watch. The nonchalance in the dialogue delivery, the distinct body language and the fragility she brings to her portrayal introduce you to a side of an actor that none of her earlier outings has managed to elicit. Illegal offers her a great opportunity to headline a show and Neha helps us appreciate the character for her strengths and vulnerabilities equally. It’s good to see Akshay Oberoi getting better with every project. His on-screen ease is a major advantage – he appears in firm control of the proceedings. He displays laudable composure and no sense of hurriedness in his acting.

Piyush Mishra’s delicious dialogue modulation lends his character an aura of the old school villain – you sense his joy as a performer as he utters his well-written chaste Hindi lines with timely mythological references. Kubbra Sait’s penchant to perform diverse roles reflects in Illegal, though her part as a victim of capital punishment is vague and underwrought. Deepak Tijori’s casting may have been an attempt to add nostalgic value to a 90s kid, but it’s disappointing that he isn’t in great form here (as a drunkard, elitist father who could go to any extent to protect his son). Kitu Gidwani gets a poorly written role bereft of logic, though Parul Gulati improves from where she left at ‘The Raikars Case’. Satyadeep Mishra makes his presence felt, though the character’s flawed sense of morality hurts. 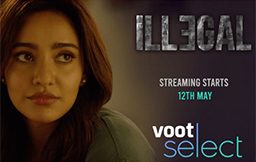 Illegal, an apt, catchy title for a show that dissects the murkiness of courtroom proceedings is a notable attempt at mirroring the skewed gender dynamics and power politics within the judicial system. It’s an intelligent choice that the filmmaker Sahir Raza uses a courtroom setting to explore the tension amid the members of an elitist family – the profession is only a knack to establish their deep-rooted biases and identities. Their attitude towards the case goes onto say a lot about them and it’s this personal-versus-professional clash that makes Illegal a nail-biting encounter. The many parallel subplots may leave you perplexed and exhausted, but the ride packaged with many highs and lows makes for a paisa vasool watch.

In a show where the primary argument is between consensual sex and rape, the filmmaker makes a few interesting narrative choices. The female advocate represents the accused man while a male lawyer represents the female victim – the intensity of the battle between the genders is magnified smartly. Just when Illegal progresses to be that full-blown courtroom drama discussing gender privilege, power dynamics with staged witnesses, tampered pieces of evidence (providing little knowledge of what would have happened that fateful night), a flurry of subplots (work like speed-breakers) threaten to dilute the momentum.

The issue with long-winded storytelling format is not knowing where to stop. Make no mistake, Illegal is extremely well-researched, but it overstuffs the audiences with information – so much that the debate about ‘one size fits all’ laws and capital punishment could have been a separate documentary. The filmmaker merely uses the case about capital punishment as an excuse to deviate the attention from the core issue of the story – it’s neither well-established nor poignant enough to evince interest. More than the never-ending backstories and subplots, their timing in the screenplay proves to be a major hindrance to the storytelling. 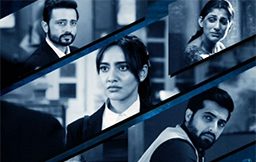 Illegal isn’t as hard-hitting as it expects itself to be, because it reduces courtroom arguments as a form of vengeance. The male lawyer trying to stand up for the victim is merely viewing it as an opportunity to get back at Janardhan Jaitley (with whom the opposing female advocate is working for). The female advocate’s case is further complicated by the fact that she’s representing her step-brother (neither does he nor the public know about it). Even though the arguments the advocates present are fascinating, their questionable motives dilute the impact. Yet, the talent of the filmmaker lies in not giving the viewer enough time to absorb its deeper layers. The schizophrenic behaviour of the characters may take time to ‘get used to’, but there’s not much to dispute – Illegal still remains an engaging fare.

The biggest conflict for a composer in a show like Illegal involving a small bunch of characters is to strike a fine balance between maintaining the consistency of the score (for every character) and not sounding repetitive at the same time. Illegal’s music score aces that mix right and is riveting for a significant duration. The aesthetics of the various backdrops, the colour-play and the finesse in the execution lend a definite visual fillip to Illegal. The writer Reshu Nath pens a smart story on the whole, though the show would have made a stronger impact in a less-incestuous setup.

Too many subplots distract the show from its sole objective

The entire debate about capital punishment

For a major portion, yes