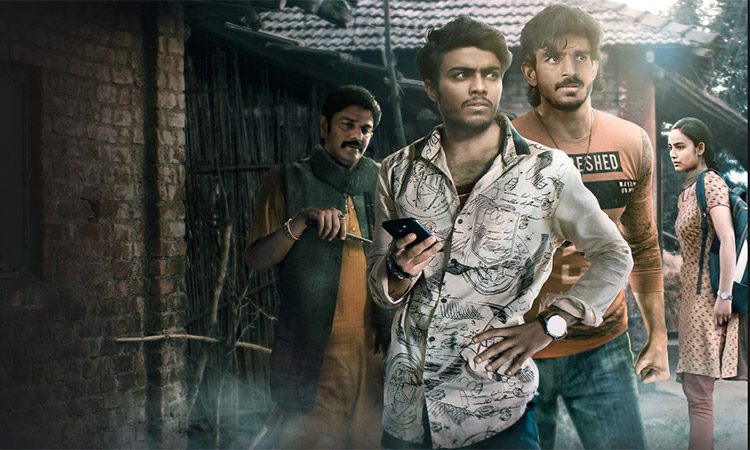 BOTTOM LINE: A Crime Thriller That Entertains but Plays Too Safe

Jamtara, a sleepy village in Jharkand is the hotbed for the biggest of phishing scams across the country. Late-teens are experts at masquerading their identity and in enticing mobile users into sharing their bank account details with the lure of a cash prize, luxurious holiday et al. Their phishing activity remains unchecked for years, thanks to the unregistered mobile numbers that are altered with time, leaving cops with little evidence.

Two brothers Rocky and Sunny are on top of the game in honey trapping bank account holders, until all hell breaks loose and serious differences emerge between the siblings. A newly appointed SP Dolly Sahu is out to unravel all the chinks in their armour, determined to unearth the brain behind the scam. With the dangerous local legislator Brajesh Bhan around, the road ahead doesn’t seem too easy for Rocky, Sunny and Dolly though. 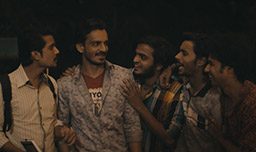 Aksha Pardasany, a known face in the South Indian film industry also popular for her presence in leading advertisements, taps the brilliant performer in her for a role of a cop who wouldn’t settle for anything lesser than justice. Her composure, firmness in her talk, commanding body language enhance the impact of a well-written role. Sparsh Srivastav is extremely efficient in making the viewer empathise with his character despite all the wrongs that he commits. He lends the right vulnerability to his underdog-like part and keeps the viewer on his/her toes about his next step.

Anshuman Pushkar doesn’t have many layers to his role in comparison with his on-screen brother Sparsh, but the actor rings in the right amount of realism while playing the dominant sibling, who falls prey to a legislator’s trap. Monika Panwar is another bright spot in the cast as the headstrong, ambitious girl determined to get out of Jamtara and start life afresh in a place far removed from the filth.

Amit Sial gets a rather simplistic role as the bad guy whose end is awaited by one and all. The actor plays the crooked legislator with the ease and aura exclusive to him, however, it’s the young blood that shines more with its spontaneity and uninhibited approach to acting.

The delightfully pacy, sometimes tense and sometimes pensive score to the thriller was just what the doctor ordered for the day. Even with the only song in the series that happens to be an item number, it doesn’t have the refined sound of a film track and reminds you of the loud folk songs played by dance troupes in the countryside. So, the homework’s done with care. The visuals don’t show you a Jamtara with the rose-tinted glasses of an outsider and it rather feels like a friend who’s taking you through the various parts of his hometown. That should tell you how well the cinematographer has understood the setting of the story. 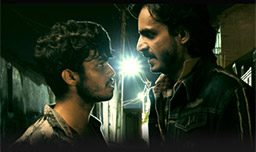 Jamtara is a rare series staying so rooted to its backdrop that it makes you feel if the tale is being narrated by an insider in the town. The series lasts roughly for five hours and never does the director Soumendra Padhi make you feel that he’s delaying the inevitable. The show firmly sticks to what it wants to say and never indulges with its character establishment or over-simplifies the plot. There’s no cinematic dialogue baazi or overt glorification of the characters. It’s never a battle between good and bad, it’s more of a battle between the powerful and the vulnerable.

For all those curious about the show’s insight into the phishing scam, let’s just say you wouldn’t exactly be overwhelmed by the detailing. The show takes note of the thrill that the teenagers get out of deceiving gullible mobile users. It even takes you to call-centre training units where good English-speaking youngsters are trained to plan their conversations with customers and are made to learn several tricks of the trade. There are convenience-marriages (or agreements) between educated girls and scamsters who form a unit to take their notorious activity to newer heights. The absence of a cyber cell in the town makes matters even murkier.

But, take the phishing scam backdrop aside, the setup of the series feels like a regular mafia film. Sample this plot – two brothers treading contrasting paths in life, a wily politician who uses their differences to make a mountain out of a molehill, an upright cop who wishes to end this dirty game, a journalist who can’t report the truth to his readers and a vulnerable constable who’s unable to choose between a safe choice and larger good. The tropes are all-too-familiar to evoke surprises but it’s to the director’s credit that the series keeps you hooked to the proceedings with a tight screenplay.

The series is at its quirky best when the yet-to-married couples discuss their financial agreement in the presence of their bewildered, amused parents. The lightweight conversations between the friends of Sunny and Rocky brim with realism while the underplayed-yet-sometimes calculative romance between Sunny and Gudiya is constructed well too. The edginess of the proceedings wears away when the character of Brajesh Bhan takes precedence and the main plot about the scam takes a backseat. The consistent referencing to the Mahabharata and the Kurukshetra battle (between the brothers) isn’t always effective too.

The director deserves praise for conceiving the main cop as a woman (Aksha as Dolly Sahu, the SP) and bringing in more bite to her battle with Brajesh Bhan. The casting director of the series is its unsung hero for picking faces that blend so well with the theme and the place. Refreshingly enough, the newbie actors respond sincerely to the faith reposed in them. The sharp dialogues bear the right amount of wit to ensure a few laughs and the conversations largely remain lifelike.

Jamtara may not have been the incisive series that it promised to be, primarily because of its reliance on done-to-death tropes to tell an otherwise fascinating story. In spite of its follies, the show merits a watch for its one-of-a-kind premise. The episodes zip past you at a lightning pace and there are popcorn-worthy moments aplenty. 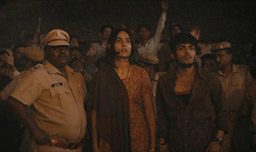