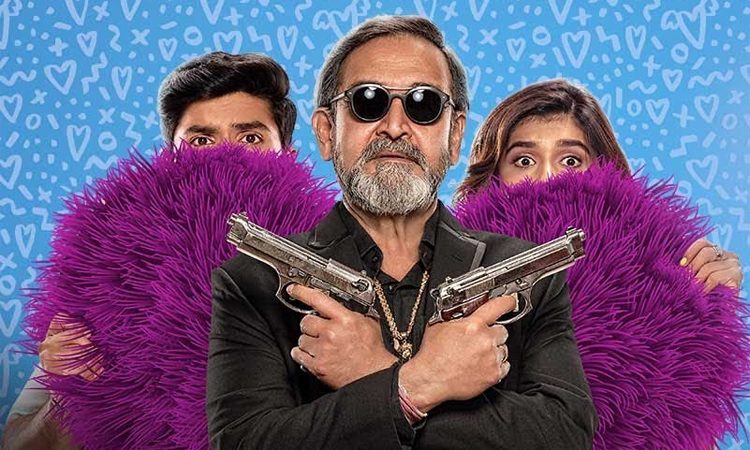 BOTTOM LINE: A Crime Comedy That Has Its Moments’
Rating: 6/10

Vicky, a photographer by profession, is any other average Mumbaikar in his mid-20s. Growing up in a conservative family from whom he hides more than expresses, he’s more of a sexually deprived man-child, spending most of his time with his best friends Sam and Sudarshan. He finally meets the girl, with whom he has been conversing on a dating portal. While the two share an intimate moment in a public space, he’s caught during the act by his uncle. The latter reveals the same to his family members as well, causing major embarrassment to Vicky. In a bid to seek revenge against his uncle, Vicky ends up in a bigger mess he can’t seem to get out of. 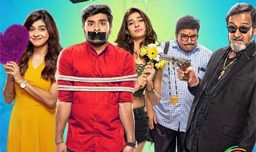 Shubhankar Tawde shows good comic timing to play a flawed metropolitan lad stuck in the most unlikely of situations. His performance perfectly mirrors the confusion of a man whose desire to explore his sexuality has mostly remained suppressed. Sanskruti Balgude is quite a camera-friendly actress with her appearance and her performance and brings in a lot of authenticity to her role as a girl who speaks her heart out, come what may. Neha Khan has an interesting character as a gangster’s daughter, but not enough screen time to accomplish any new ground.

The unsung heroes of the series are, however, Mahesh Manjrekar and Nikhil Ratnaparkhi. Mahesh Manjrekar may not be new to the gangster space and his experience shows with his deadpan humour, excellent dialogue modulation and ease with his histrionics. He’s so casual and equally effective. Nikhil Ratnaparkhi is a revelation in the role of the protagonist’s uncle who utilises spirituality as an excuse to hide his sexual leaning. He’s extremely efficient in his creepy uncle-act showing enough variation in his body language and expressions. Other supporting actors, who essay the roles of the friends, parents and neighbours shine in their limited screen time too.

Kaale Dhande, despite not being a laughter-fest, is a crime comedy done ‘mostly’ right. The wicked, wacky tone of the series is maintained across all episodes. The writing remains consistently interesting, the characters are messy and quirky, the situations are farcical and the humour flourishes as long as it lasts. The series is as much an ode to male sexuality and the unnecessary conservatism that Indian families exhibit while discussing sex and desire, despite being in the second-most populous country in the world.

The series also highlights the prevalence of moral policing among families and the taboo surrounding public display of affection. Nearly every man in the series is leading a two-sided life, while carefully preserving his notorious dimensions from the public and unfortunately, it’s the protagonist who always ends up getting caught. The coincidences in the series come together smartly, and even though, for a brief while, the episodes get all mushy and melodramatic, a brilliant climactic twist swings the momentum back in the director’s favour.

The comical gangster backdrop in the series and an innocent protagonist being forcefully married to a gangster’s daughter resembles the Akshay Kumar-starrer Welcome in parts, but the witty dialogues do the trick. The entire thread about the three friends blackmailing Vicky’s uncle about his sexual escapades is downright hilarious. Expectedly, there’s a truckload of expletives and numerous lovemaking sequences to lend authenticity to the backdrop of the series which turn too indulgent and distracting beyond a point. On the whole though, the director Ramchandra Gaonkar is in good control of the milieu and his strength is the humour, and he does everything to utilise it to make a paisa vasool digital outing. 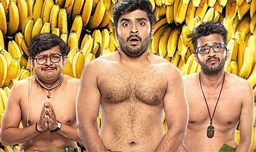 The makers have used several popular Bollywood and Marathi numbers in their background score to lend familiarity to the situations. There are a few original songs as well that are adequate, if not largely appealing. The cinematography serves the purpose of the story neatly while the editing could have been sharper, especially with the intertwining of the subplots. The writing of the series is smart and its success could go a long way in improving the quality of Marathi content on the digital space.